A Sandusky sheds his name

Jerry Sandusky's son won't be saddled by his father's legacy 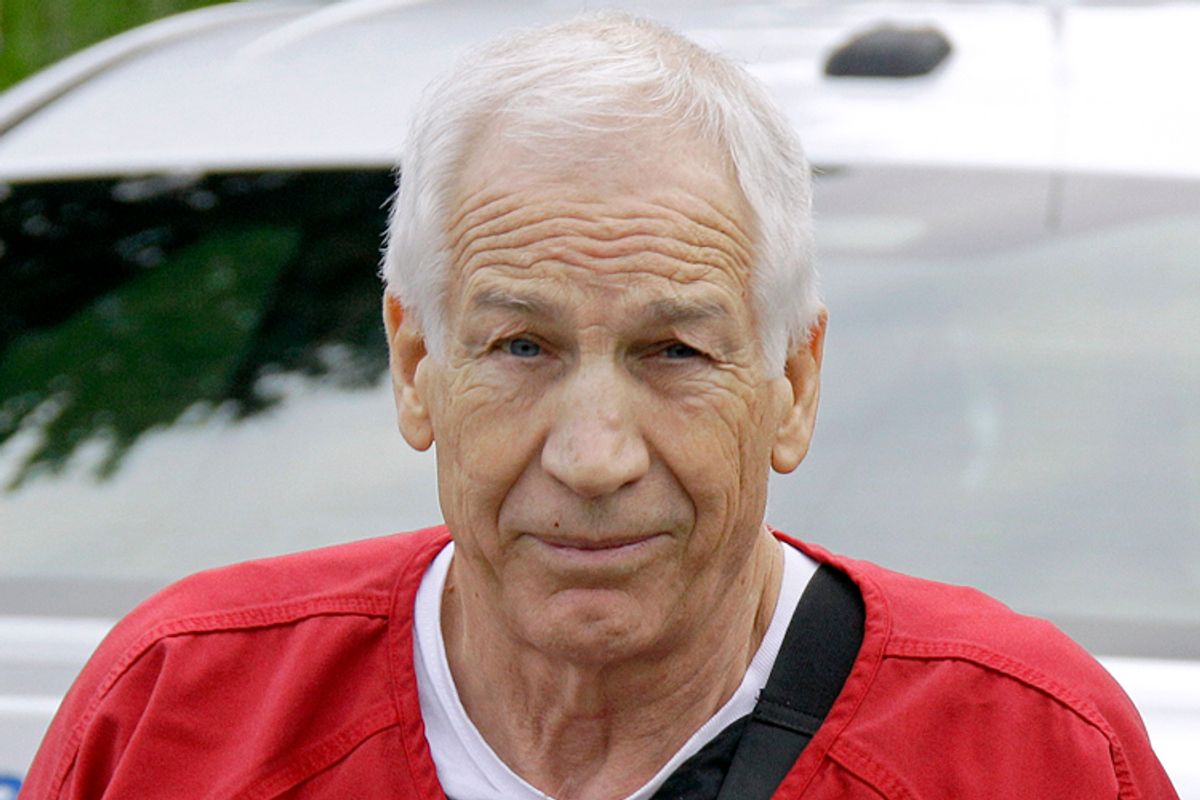 The sins of the father can be a terrible burden for the son. When justice has been ostensibly served toward a monster in human form, the perpetrator is locked away from the world -- but it leaves the trolls eager to find a close equivalent to vent their rage upon. So what do you do if your father is a notorious pedophile -- and you have four children of your own to protect? If you're Matt Sandusky, you change your name.The adopted son of Jerry Sandusky filed papers earlier this week in Pennsylvania to change his name – and those of his wife and four kids.

The elder Sandusky is currently serving a 30-60 year prison term for 45 counts of sexual abuse. His son gained notoriety during the criminal investigation for initially standing steadfastly by his father – and then abruptly admitting to police that he'd been sexually abused for several years during his childhood. In police interviews obtained in 2012 by NBC News, Matt Sandusky claimed his father sexually molested him for several years throughout his childhood, and that he later "really wanted to die" and attempted suicide.

Yet though he claims he was a victim, Matt Sandusky's last name also makes him and his family potential targets of misdirected rage. Maret Tsarnaeva, the outspoken Toronto aunt of Boston bombing suspects Dzhokhar and Tamerlan Tsarnaev, said in April that "They are calling us, calling names, threatening, saying it’s time to go home." And when Robert Thompson, who in 1993 murdered British toddler James Bulger, was released from prison several years ago, his family claimed they were living "effectively in hiding, unable to live anything like a normal life because of the constant and real fear of revenge attacks."

That's the awful power of association, the curse of a name. Adolf Hitler's nephew quietly changed his family's nomenclature when they moved to Long Island after the war. In 2006, the New York Times described his surviving sons, "the last members of Adolf Hitler's paternal bloodline," as "regular Long Island guys, middle-aged and middle class." Joseph Stalin's daughter Svetlana died just two years ago in Wisconsin -- as Lana Peters. Charles Manson Jr., on the other hand, killed himself in 1993.

Changing his last name won't change his past, and it certainly won't be much of an obstacle to anybody hateful enough to track down the man who soon won't be Matt Sandusky. But with luck it'll offer a degree of protection and privacy to him, his wife and his children -- and the hope of a new and better life. Just because he was never the Sandusky doesn't mean he should spend the rest of his life being any Sandusky. And even if his father's legacy is shameful, it doesn't mean his own identity ought to be.