Our patent law doesn't promote innovation, it stifles it by buying into the myth of the "hero inventor." Here's why 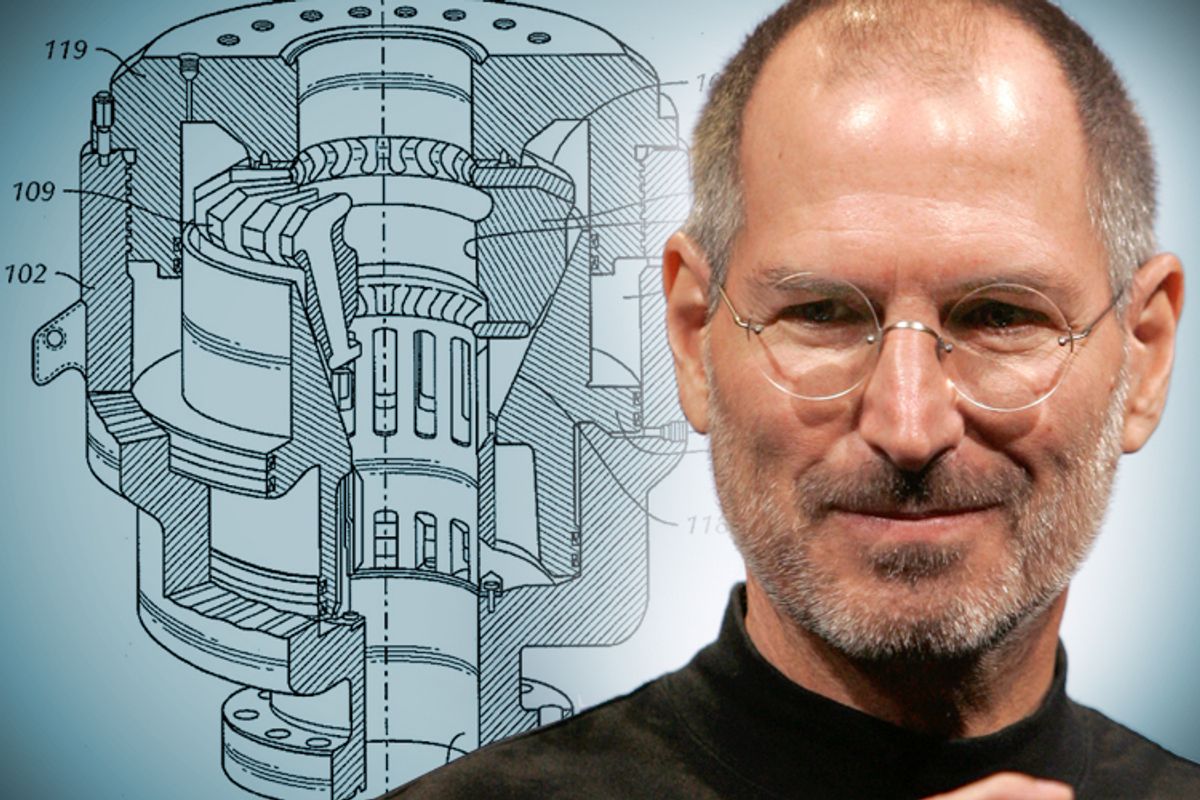 As Republican obstruction kills immigration reform, the next problem Congress and the president will try and fail to fix is the patent system. Specifically, they’ll target “patent trolls,” companies that buy patents and use them to create endless litigation.

But the larger problem they fail to see is that America’s patent regime is based upon a flawed model of innovation and will hamper innovation, while increasing inequality.

The American patent system is based on what Gar Alperovitz calls “the hero inventor” ideology, the belief that one man or woman working diligently and independently on a project drives innovation by upending the status quo. As Michel Foucault explains:

The history of knowledge has tried for a long time to obey two claims. One is the claim of attribution: each discovery should not only be situated and dated, but should also be attributed to someone; it should have an inventor and someone responsible for it. General or collective phenomena on the other hand, those which by definition can't be "attributed", are normally devalued: they are still traditionally described through words like "tradition', "mentality", "modes"; and one lets them play the negative role of a brake in relation to the "originality" of the inventor.

Thus, we have a romantic idea of the inventor as an extraordinary person, aloof and rejected because the world could not know his genius. Thus Columbus is portrayed as “discovering” that the Earth was round, even though most intelligent people of his day knew it. Copernicus ushered in a revolution in his name, even though Greek mathematicians had already proposed the idea that the Earth revolves around the sun. Darwin’s theory of evolution had roots going back to Aristotle, and many thinkers came to the idea at the same time. Foucault continues:

The implications of this ideology are important for capitalism as a system. Consider Robert Fulton, who is hailed as an “original inventor” and made millions off his steamboat. In fact, as Foucault predicts, Fulton’s invention was an extension of centuries of maritime knowledge. Gar Alperovitz writes in "Unjust Deserts," “not one of the essential devices used by Fulton was new.” Similarly, three other inventors came upon the idea of the telephone at the same time (or earlier) than Alexander Graham Bell. Bill Gates built his fortune by privatizing research performed by the Department of Defense. His most significant contribution, from his own mouth, was the use of graphical user interface. GUI was largely developed by Douglas Engelbart, who was funded by the Air Force, but his research was only possible because of advances in batch processing (the use of punch cards, developed in the 19th century to automate fabric design during weaving). The history of attribution, then, is largely the history of arbitrarily choosing one of many inventors and showering him with praise and wealth.

Innovators, in addition to standing up on the shoulders of giants, rarely work alone. Innovators often rely on massive funding by corporations like Bell Laboratories, universities or governments, and therefore do not need patent protection. Mark Lemley, a Stanford professor who had done extensive research on patent law, writes, “Surveys of hundreds of significant new technologies show that almost all of them are invented simultaneously or nearly simultaneously by two or more teams working independently of each other. Invention appears in significant part to be a social, not an individual, phenomenon.” His research confirms Foucault’s thesis and expounds upon its implications.

The history of significant innovation in this country is, contrary to popular myth, a history of incremental improvements generally made by a number of different inventors at roughly the same time. Our patent system, by contrast, is designed for a world in which one inventor of extraordinary skill does something no one else could have done.

Since most innovation is incremental and performed in teams, often funded by behemoth organizations, there is no “hero inventor” to protect. Rousseau argued in his famous Discourse on Inequality:

The first man who, having enclosed a piece of ground, bethought himself of saying “This is mine,” and found people simple enough to believe him, was the real founder of civil society. From how many crimes, wars and murders, from how many horrors and misfortunes might not any one have saved mankind, by pulling up the stakes, or filling up the ditch, and crying to his fellows, "Beware of listening to this impostor; you are undone if you once forget that the fruits of the earth belong to us all, and the earth itself to nobody.

We should ask the same question of intellectual property. Economist William Baumol found in the 1960s that 90 percent of the United States’ GDP today is due to innovations since 1870. Distributing wealth is largely distributing a “free lunch” from past and present innovation and common advances in knowledge. How,then, can we justify such radically unequal distributions of wealth? Drawing a parallel between Rousseau's fear of the commons being privatized parallels the struggle for intellectual property rights. As Slavoj Zizek told the Guardian in an interview,

the problem is always the same. It's the enclosure of the commons. Marx was talking about land and property when he wrote about this, but today intellectual property is our commons, information is our commons. Something that Marx could not have predicted is taking place today: we are witnessing a strange regression to the same kind of enclosure of the commons, and people having to pay rent to people like Bill Gates for intellectual property.

Thus American patent law is designed not to promote innovation, but rather stifle it, by allowing one individual to profit at the expense of society. We can see this in the case of Myriad Genetics, which exploited innovation funded by universities and public grants for profit. The implications are frightening. Two researchers analyzed 1,279 gene patents and found “that the negative impact of patent grant on the future public knowledge production, as measured by the annual rate of forward citations to the paired paper was about 5%.” Worse, the two found that “the negative effect of patents on follow-on public knowledge production is greatest for genes closely linked to human disease.” That’s disturbing. As John Sulston, who received the 2002 Nobel Prize in Physiology or Medicine, and headed the British effort of the Human Genome Project, said, “Many human genes have patent rights on them and this is going to get in the way of treatment unless you have a lot of money.”

A study of quinolones (a patented antibiotic) found that enforcing strict IP required by Trade-Related Intellectual Property Rights (TRIPS) would impose a social cost of between $144 million and $450 million to the Indian economy (the wide gap arises from the different regulation methods that could be employed). Three economists find that in developing countries, there is a “larger deadweight loss relative to extra producer surplus when monopolies restrict out­put and raise prices.” Aidan Hollis of the University of Calgary found that in the United States, the deadweight loss (the amount that a consumer would pay versus what they do) is $5 billion to $8 billion annually. These studies are all examining the pharmaceutical industry, where the argument for patents is widely considered the strongest.

The day the Myriad case was decided three companies and two universities announced that they would offer the same service as Myriad, allowing more women access to the same test now reserved for wealthy celebrities like Angelina Jolie. More companies will be able to research the gene; before, Myriad would attack any organization that attempted to test women for BRCA mutations or any researcher who wanted to investigate the gene.

Rather than promoting innovation, patents allow for capitalists to monopolize public research and knowledge for private gain. At times, it’s simply absurd; David Martin, who has made his career assessing patents, explains that “30 percent of U.S. patents are essentially on things that have already been invented.” Just like the oil barons of Saudi Arabia who build their regimes by exploiting their country's vast natural resources, the tech barons of America build their wealth by exploiting a vast intellectual heritage that is not theirs to take. The implications of IPR are clear: They will be used to bludgeon poor countries, as we’ve already seen with trade agreements like TRIPS; they will drive a further gap between rich and poor by allowing the rich to monopolize on our shared knowledge; and they will hamper innovation by preventing new research.