The Mexican capital has long been considered an oasis from the country's gangland crime. Not anymore 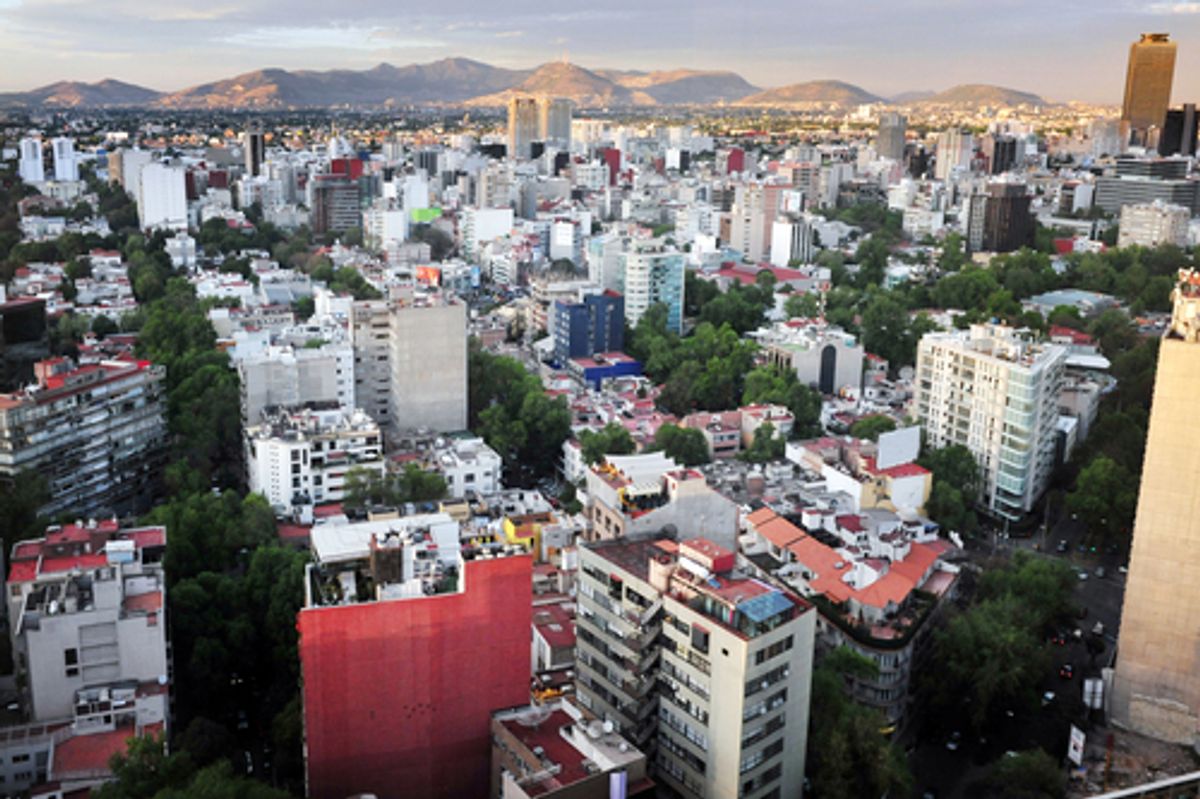 MEXICO CITY, Mexico — Eight weeks on, Mexico City police apparently have few good leads into the daylight kidnapping of a dozen young men and women from an after-hours bar a few blocks from both the US Embassy and the metropolitan police headquarters.

The May 26 abductions, which investigators say are linked to a dispute over retail drug sales in the Mexican capital's trendiest nightlife zone, have embarrassed the capital city's mayor and mocked a police force that until now has been praised as one of Mexico's most effective.

They've also given the lie to the widely held belief that Mexico City serves as an oasis from the seven-year wave of criminal violence that's claimed more than 70,000 lives and left 26,000 people missing.

Most of the missing from the May incident hail from Tepito, a gritty neighborhood that’s known as the capital's criminal heart. Two of them, ages 19 and 16, are sons of imprisoned men said to be leading Tepito crime bosses.

Relatives and friends of the victims have held repeated sit-ins and marches, demanding that the city and federal police solve the crime. They haven't had any luck.

"People are angry," a Tepito merchant, who spoke on condition of anonymity out of concern for his own well being, said last week. "They want revenge for these young people. If these kids turn up dead, well, man, watch out."

The abductions seem similar to those in gangster-ridden swathes of Mexico's north and west, in which powerful drug gangs have terminally “disappeared” enemies rather than taken them for ransom. But Mexico City Mayor Miguel Angel Mancera insists that the larger organized crime syndicates aren't operating in the capital.

“There is no cartel, nothing of the sort that exists in other states," Mancera, who served as the city's prosecutor before his 2012 election, told a Mexican reporter last week.

Major crime syndicates for years have been battling for control of Mexico City's working-class suburbs. And the country’s top drug lords have long haunted the walled compounds of the capital's wealthiest neighborhoods.

But it's Tepito, a 72-block barrio just north of the Mexican capital's central plaza and national palace, that's reigned for more than a half century as an unrivaled den of delinquency.

"We can't deny that in Tepito there have always been serious problems," Mondragon y Kalb said. "It seems to be the situation is getting a little out of control."

Tepito's vendors sell everything from smuggled electronics and pirated DVDs to baby shoes and black market weapons. Their stalls pack the streets, barely allowing space for the pedestrian shoppers who flock here.

Even as they prowl for deals outsiders often find themselves preyed upon by Tepito's gangs. The neighborhood for decades has been famed as a great place to get either a bargain or a beating.

Police, if they venture into Tepito’s streets, do so carefully and infrequently. Local residents protect their own and punish transgressors themselves.

Six young Tepito men were shot dead in October 2010 upon returning home from a visit to a shrine devoted to San Judas Tadeo (St. Jude), the patron of lost causes that’s a favorite of Mexico's poor. Police wrote the killings off to a drug dealers' dispute.

Last month, gunmen slaughtered four men in a Tepito gym, killings that may or may not be related to the disappearance of the Tepito dozen. Street shootings are common and only rarely lead to arrests.

“These are things that aren't resolved because people don't denounce them,” the Tepito merchant told reporters last week. “The only rule in Tepito is to watch, listen and keep silent.”

The Basilica of the Virgin of Guadalupe, considered by many as the soul of Mexicans' Roman Catholic faith, stands not far from the neighborhood's northern border. But Mexico's largest shrine to La Santa Muerte, or Holy Death, the modern incarnation of an Aztec goddess that’s become the patroness of gangsters, anchors Tepito's opposite fringe.

Tepito's homegrown gangsters have been tied to the Beltran Leyva crime family. That cartel’s been crippled by the 2009 killing of kingpin Arturo Beltran by Mexican marines and the arrest of Edgar “La Barbie” Valdez, its top enforcer. Recent press reports suggest that the Knights Templar, the vicious gang from western Michoacan state, has moved into Mexico City.

Investigators say the mass kidnapping is most likely tied to a brewing gang war over drug dealing in the leafy Condesa neighborhood, whose phalanx of bars and restaurants has become a magnet for middle- and upper-class youths. The abductions may be retaliation for the murder days earlier of an alleged pusher found shot in the neck and propped against a tree across the street from a Condesa nightclub.

So far police have jailed an owner of the Bar Heaven, from which the 12 were taken, and two of his employees, including a bouncer nicknamed "El Diablo," the Devil.

In a news conference Monday, Mancera vowed the investigation was going to continue. Police say they have descriptions of 10 others involved in the abductions, but that apparently hasn't led yet to further arrests.

"The guilty can't be and shouldn't be invented in this matter," Mancera said. "There have to be solid facts."

A brother of the jailed owner, identified as a part owner of Heaven, turned up murdered in late June along with his girlfriend and her cousin buried in a clandestine grave in a rural area south of Mexico City. The three had been snatched by armed men as they left a movie theater weeks after fleeing the capital ahead of police.

The same fate seems likely for Tepito's disappeared dozen. But at least one expert believes they're still alive, held hostage in exchange for a missing drug shipment or for another reason.

"It's not about revenge because people would have already turned up dead," lawyer Max Morales, who for decades has made a living negotiating the release of kidnap victims, told GlobalPost and other media last week. "The criminals understand that they can negotiate with the lives of these people.

"The fact that none have appeared after so much time does not in itself mean that they are not alive," he said.