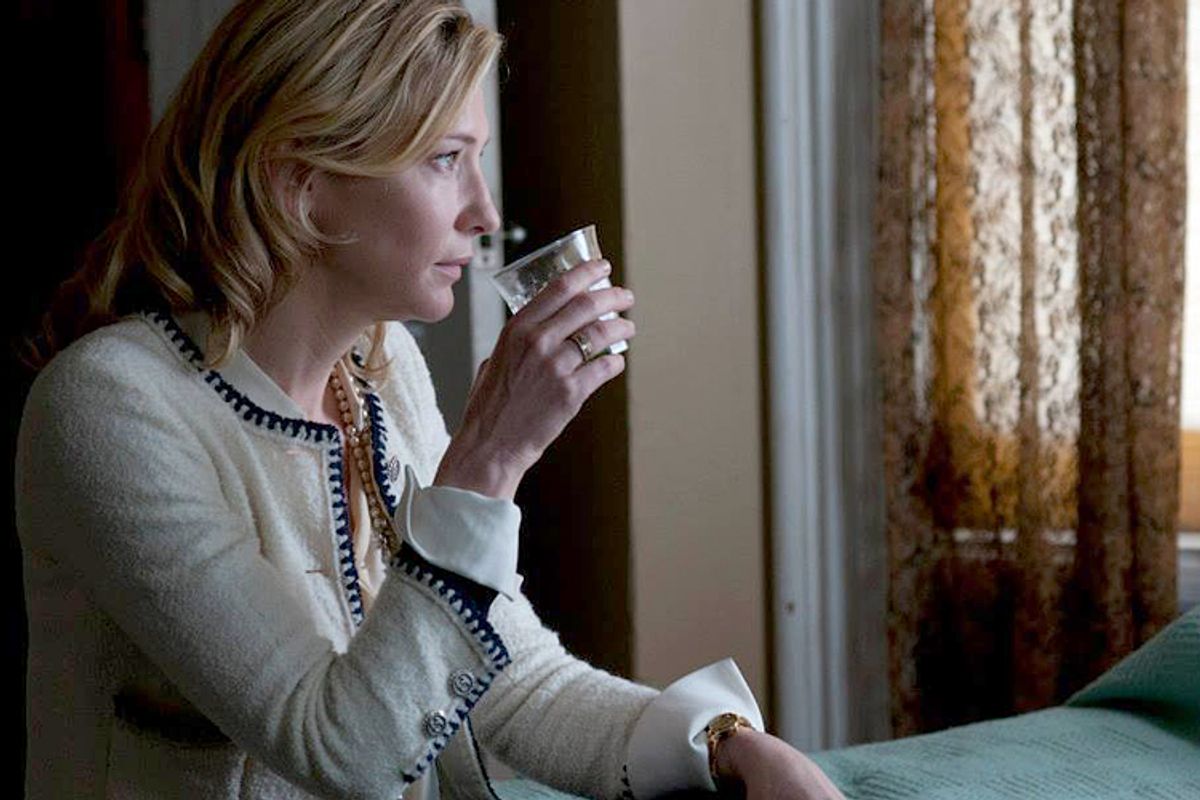 It’s one thing that Woody Allen’s recent movies add up to a wholesale indictment of the human species, and that his characters are pretty much a collection of self-involved, conniving creeps of various species. That’s an entirely defensible view of the world. But when you throw in the fact that Allen’s storytelling has become lazy and contrived, and that his perception of social and cultural geography is based, at best, on decades-old stereotypes, the whole experience of watching casts of talented and over-eager actors try to make sense of his nonsensical scripts becomes increasingly strained and bizarre.

I’ve felt that way about recent Allen movies I mostly enjoyed, like “Midnight in Paris” and “Vicky Cristina Barcelona,” and it goes double or triple for “Blue Jasmine,” which is one of the few dramas of Allen’s later career, built around a commanding central performance by Cate Blanchett. (I had suggested that it was his first overtly non-comic film was "Husbands and Wives" in the early '90s; several readers have reminded me of "Match Point," which probably qualifies.) I honestly don’t know whether or not to tell you that Blanchett is good in the title role of a preening, pampered New York society wife who washes up with her working-class sister in San Francisco after the collapse of her marriage. But I can promise you won’t forget her. Jasmine (whose real name is Jeanette) is less a person than a neurotic collection of tics, affectations, intermingled superiority and inferiority complexes, high-level WASP alcoholism and overdone Park Avenue outfits, all of it starting to come unraveled. Whether you receive Blanchett’s performance as witheringly precise satire or ludicrous self-parody is going to drive your understanding of the movie.

Personally, I’m a sucker for hambone acting and a big fan of Blanchett, who is not just one of the great screen beauties of our age but also a highly technical actor determined to use her icy, regal bearing toward interesting ends. So I pretty much went with Jasmine’s journey, at least up to a point. During the flashbacks to her privileged New York existence, with Alec Baldwin as the slimy but immensely rich Wall Street husband whose evident criminality and horndoggery Jasmine determinedly ignores, Allen is in his element. If there’s nothing especially new or distinctive about this portrait of the insulated triviality of life on the Upper East Side, with detours to the Hamptons, it remains a world whose essential dynamics Allen understands. You can’t say that about the rest of the world, unfortunately.

If Allen’s recent series of globetrotting films, from London to Barcelona to Paris to Rome, often felt painfully superficial, one could also defend them by saying they were touristic on purpose. They were often movies about Americans sampling life overseas, as was the director himself. If Allen was imitating some of his favorite Italian filmmakers in “To Rome With Love,” he wasn’t pretending to be an Italian or to depict that society from the inside. One could hypothetically offer the same defense of the San Francisco detour in “Blue Jasmine,” in that Allen is a dyed-in-the-wool New Yorker with a famous distaste for the West Coast. He probably hadn't been to San Francisco in 40 years before making this movie. Given his hands-off directing style, I’m not entirely convinced he ever went there at all or, if he did, that he ever left his suite at the Fairmont.

What I can tell you for sure is that Allen sends his protagonist to one of North America’s most diverse and polyglot cities – a metropolis fueled by LGBT culture, an intense and eccentric community of artists and artisans, and immigration from dozens of Pacific Rim nations – and the people she meets there seem like castoffs from “Jersey Shore.” I’m not saying you couldn’t still find pockets of the old-line white ethnic working class in the Bay Area, but Allen makes no evident effort to get the context or the details right. Suddenly we’re trapped in a bad sitcom with some good actors, driven by vague and distasteful ideas about what people like Jasmine’s trashy sister Ginger (Sally Hawkins), her lumpish, cigar-chomping ex-husband Augie (Andrew Dice Clay) and her amped-up new boyfriend Chili (Bobby Cannavale, desperately overacting with a boy-band haircut) must be like. I understand that it's newsworthy, in some way, to see a onetime proletarian hero like Clay working with the ultimate New York art-house filmmaker. Given the results, Clay should not feel flattered.

There’s the flicker of an interesting idea here that in a less autopilot-driven Allen film might have become the dramatic centerpiece: Ginger and Jasmine are both adopted and not biological sisters, but despite their drastically different personalities, both are stuck in a repeated cycle of domineering and borderline abusive men. Both meet white knights who offer the promise of redemption and are way too good to be true. Ginger has a torrid fling with a sound engineer named Al (comedian Louis C.K.), while Jasmine meets a smooth-talking, well-dressed diplomat named Dwight (Peter Sarsgaard), who moves with startling speed toward a marriage proposal and promising Jasmine a future as a politician’s wife, smiling beside the lectern. One friend of mine suggested that Dwight seemed like a fantasy projection or a character in a dream; that might have been a more realistic trajectory than the way things actually work out.

I haven’t even brought up Tennessee Williams’ “Streetcar Named Desire” or the doomed character of Blanche DuBois (whom Blanchett has played on Broadway), for a couple of reasons. If the specter of Blanche hangs over this whole movie like a combination of San Francisco fog with New Orleans humidity, it’s also the ultimate invidious comparison. On one side, we have one of the greatest works of American drama, whose tormented and self-deluded central character stands for so many inexpressible things about women and sexuality and the painful cost of pretend normalcy and the divided soul of the South. On the other, we have this pallid imitation, a freak show whose alternately compelling and repulsive heroine can’t disguise the fact that it’s a movie by a sour old guy who no longer likes anything or anyone and who also, more damningly, just isn't interested.