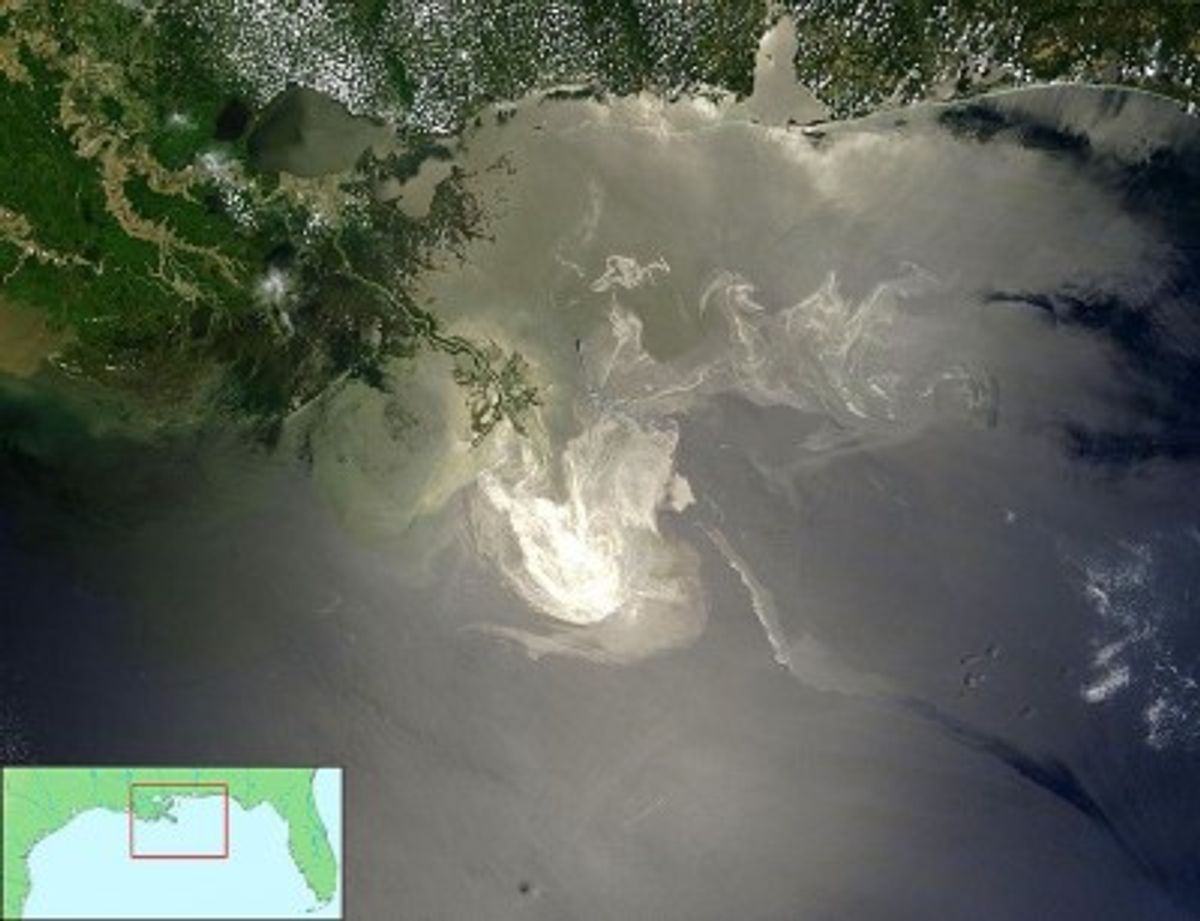 The spill viewed from space (Wikimedia)
--

America's corporate sweetheart Halliburton is going to plead guilty to one count of destroying evidence during the 2010 oil spill in the Gulf of Mexico, the Justice Department said. The oil services company, which has annual revenue of more than $28 billion, will pay a fine of up to $200,000.

Halliburton said that on two occasions during the oil spill, it directed employees to destroy or “get rid of” simulations that would have helped clarify how to assign blame for the blowout — and possibly focused more attention on Halliburton’s role.

Halliburton, which has repeatedly denied responsibility and pointed fingers at BP, will be placed on probation for three years. It also agreed to pay $55 million to the National Fish and Wildlife Foundation even if the U.S. District Court in the Eastern District of Louisiana does not accept its plea agreement.

According to the Justice Department, efforts to subsequently obtain the simulations were unsuccessful.