Ku Klux Klan: Our neighborhood watch program is "not racist" 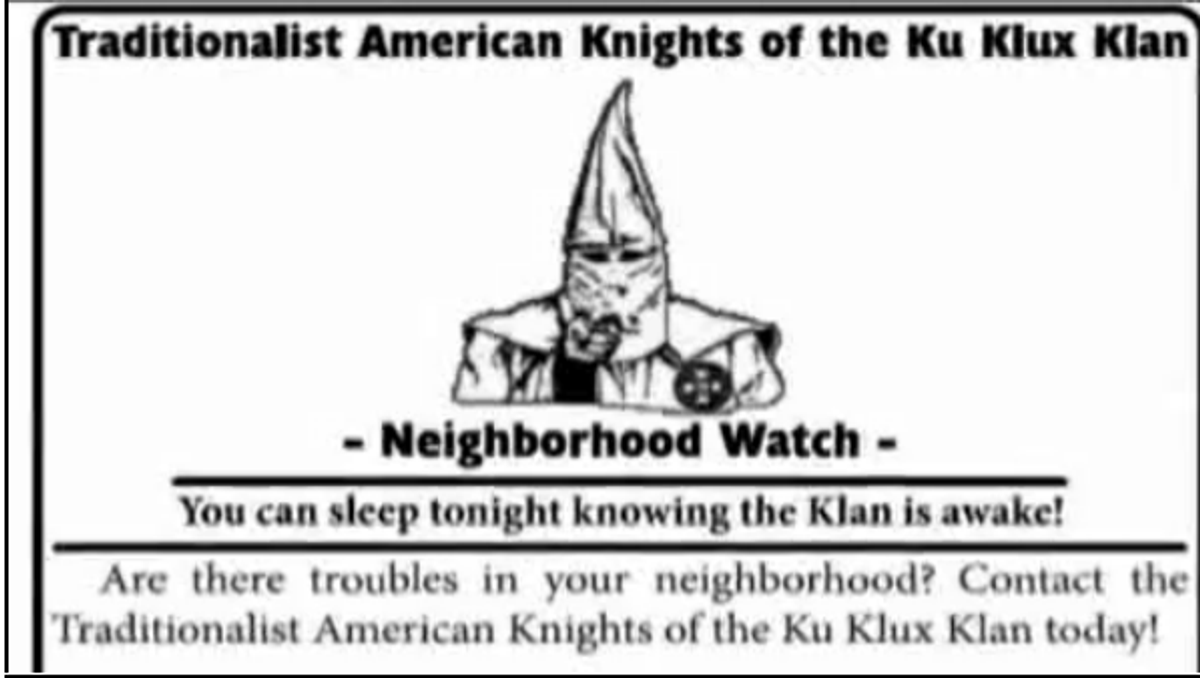 Aside from a jury duty notice, a bag of burning feces or maybe an Amway salesman, the last thing anyone wants to find on their doorstep is an invitation from the Ku Klux Klan. So imagine the horror of Springfield, Missouri, residents last week who discovered a recruitment flier from the Traditionalist American Knights of the Ku Klux Klan while reaching for their morning papers.

The flier, which features an array of bold text in different fonts and sizes, attempts to convince intrepid young Springfielders (Springfieldites? Springfieldians?) to join their neighborhood watch program. "You can sleep tonight knowing the Klan is awake!" it promises.

Naturally, many Springfield residents did not sleep better knowing that wild-eyed, hooded bigots were trolling the neighborhood at all hours, and immediately contacted local news station KY3 News, who called the number listed on the flier. While Klan representative Frank Ancona said he didn't know whether the fliers were distributed as part of an organized effort by the group (as opposed to, y'know, invisible, magical racist elves), he did say that the neighborhood watch program was not racist, and that if a Springfield resident reported seeing a white guy "up to no good" the Klan would also intervene.

So rest easy, Springfielders: If there's something strange in the neighborhood, no need to call the Ghostbusters. Call the Traditionalist American Knights of the Ku Klux Klan. They don't have proton packs, but they do have pointy hats. And rudimentary Microsoft Office skills.