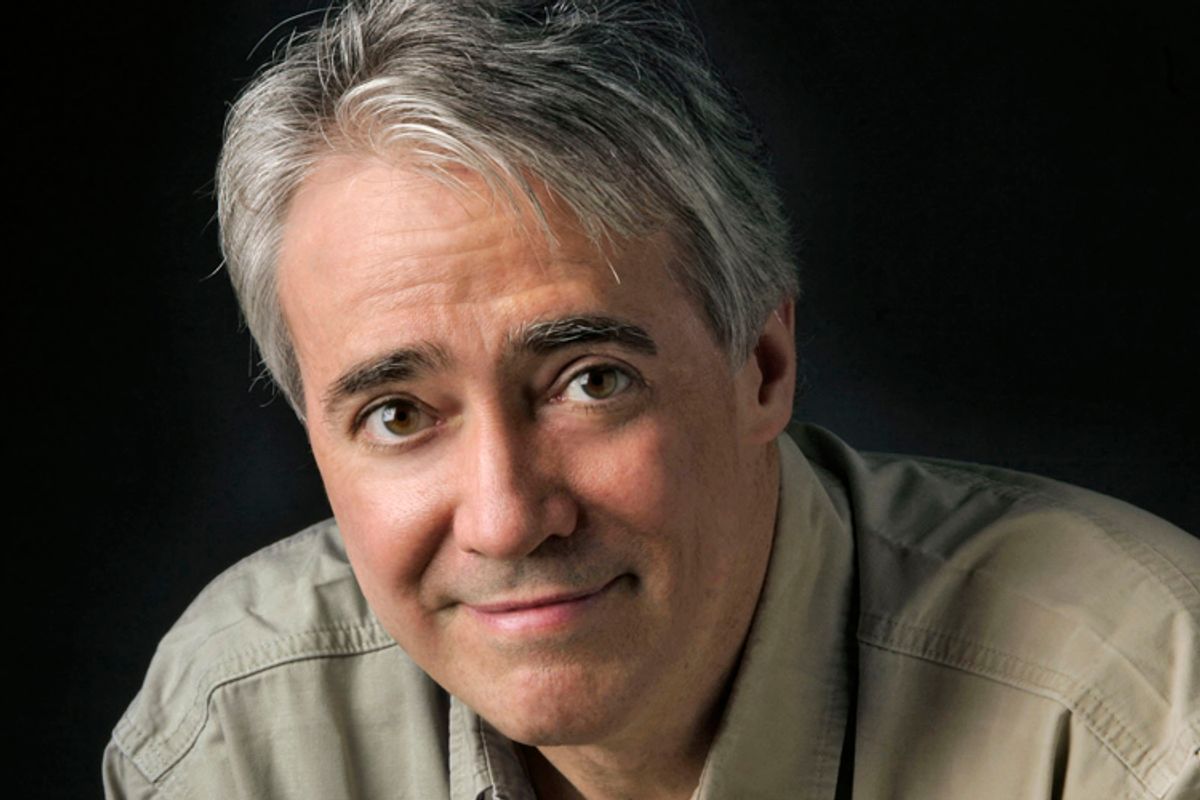 There isn't one right or wrong way to let someone go. There's no rule book. But in America, our cultural squeamishness around death and dying tends to trump even our often uncontrollable impulse to document our experiences across multiple social media platforms. We'll let the world see what we ate for dinner, tweet out about the boredom of a traffic jam, yet clam up over the big stuff. So what's unfolded over the last several days, as NPR's "Weekend Edition" host Scott Simon tweeted through the end of his mother's life, has been something different, even in our information-saturated age.

He started casually – a reference more than a week ago to visiting his mother in the ICU and telling her of the royal birth. But as days passed -- and if you’ve ever been through it, you know how those long, grueling, often monotonous end-of-life days can unfold – his tweets increased in their descriptiveness, capturing moments quotidian and profound. He shared his disgust at cafeteria deep-fried onion rings, and about how buying dental floss can be an act of love and faith. Mostly, he talked about his mom. He revealed "a tough Irish showgirl who doesn't quit on those she loves," a woman who spent her final days cracking one-liners and singing with her son. He articulated, with raw vulnerability, that conflicted feeling of "I don't know how we'll get through these next few days. And, I don't want them to end." He talked simply about just holding her hand, and wondering why he'd ever, as a little boy, stopped holding her hand.

It was, for many of Simon's 1.2 million followers, an intense glimpse into an experience this is usually marked by deep secrecy. On the "Today" show Tuesday, he said that he and his mother weren't "looking death in the eye but life in the face." And, he added, "I think my mother has a lot to say to a lot of people and I'm not embarrassed to share it."

For some, that lack of embarrassment has been jarring to the point of criticism. A Chicago Tribune commenter declared, "Some things should remain private, no matter how much you like Twitter." And a friend of mine – one who has recently had plenty of personal experience with mortality – on Monday called Simon's tweets "the most sordid, opportunistic thing I've ever heard." But as someone who's tweeted about her own cancer diagnoses and surgeries, and about the gut-punching losses of way too many loved ones, I have nothing but awe for the way Simon has managed to encapsulate the experience of loss with such economy and eloquence. He's made an often-taboo topic accessible and open, by being willing to share it with such frankness.

There's more than enough about social media that reeks of narcissism, inanity and far, far worse. But just because plenty of it sucks doesn't mean all of it is shallow. Earlier this month, a beloved old friend of mine died suddenly. He was the first person I'd ever "known" online before meeting in person, back in the heady early days of Internet community. He was the man who taught me that typing out words on a keyboard and reading where others have done the same could be an act of deep connection, if done with heart and sincerity. He showed me that over twenty years of friendship, and he showed me that in a whole new way in his death -- in the way that friends separated by physical geography still shared in grief and celebration, because we came together both in person and online.

Life is no longer either or public or private. Simon's grief for his mother, the experience he had of letting her go, was no doubt a very personal one. Those of us who weren't in the room with them can never know what he and his mother knew, in those last moments. But because he chose to open up a part of the process, it was also a shared experience, one we all know. We all love; and we all lose people we love. Simon's story is painfully familiar and beautifully unique, and it loses none of that intimate power just because it was doled out a few hundred characters at a time, while a few million people watched.