The Register apologized after Bill O'Reilly slammed the paper, but remains critical of the message Fox News sends 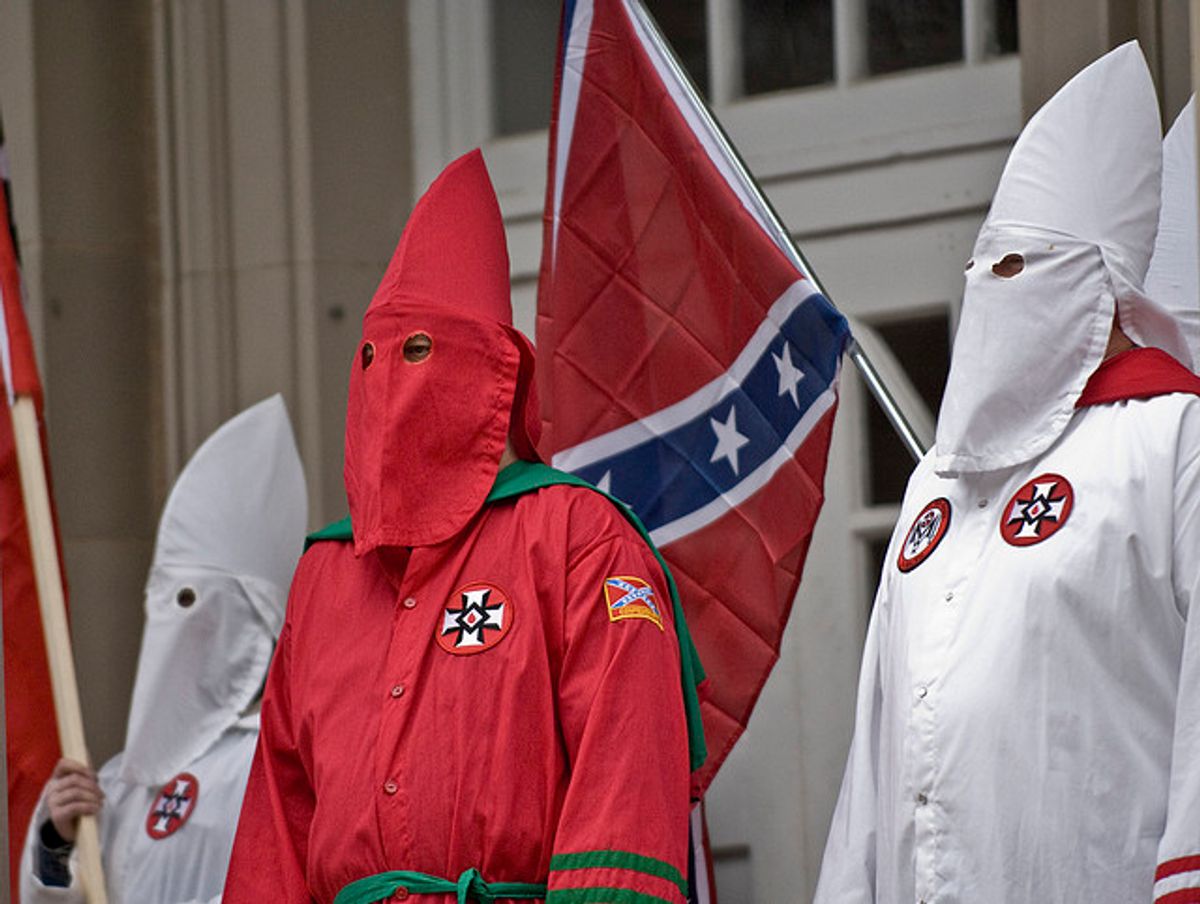 The New Haven Register has apologized for an editorial it ran on Monday in which it argued that figures like Ann Coulter, country singer Ted Nugent and outlets like Fox News share the bigoted ideologies of the KKK.

Condemning a new KKK group in Milford, Conn., the editorial expanded its criticism to personalities and media outlets that perpetuate racism. "Nugent and like-minded people aren’t openly aligning themselves with the Klan, but their message isn’t much less hateful," wrote editor Matt DeRienzo.

"With that in mind, we shouldn’t need a label as obvious as “KKK” to call out and condemn hatred and racism. Institutions who are helping “mainstream” this message -- even if that’s Fox News, the national Republican Party, or Toad’s Place -- deserve to be called out and, if ultimately necessary, marginalized and ostracized for enabling it."

On Wednesday, Fox's bloodhound Bill O'Reilly slammed the editorial, calling it a "vile, libelous piece of garbage." "The New Haven Register should be ashamed," he said. "The paper has lost all credibility and it had better apologize in writing by the end of the week. I’m not going to let this go.”

The criticism prompted DeRienzo to issue an apology to Fox News, though the Register remains critical of the news outlet:

We did not intend to compare Fox News specifically to the KKK and we should have done a better job clarifying that when we said that the “same basic message that the KKK has promoted for 148 years is embraced by the likes of Ted Nugent, Fox News, Ann Coulter, a burgeoning array of fringe ‘conservative’ media.” It was a poor choice of words that created an unfortunate comparison between Fox News and the KKK. We're sorry for that. We did not intend to make any such comparison. This comparison should have been more specific to Nugent’s and Coulter’s views and statements about people of color, immigrants and gay people, and to be clear, was relating that to the ideology of the KKK, not its abhorrent history of violence.

We stand by our criticism and call for Fox News to challenge and condemn the hatred and racism advocated by guests such as Ted Nugent and Ann Coulter instead of continuing to give them a platform.