Hail to the new Doctor!

Peter Capaldi is everything a classic Doctor should be 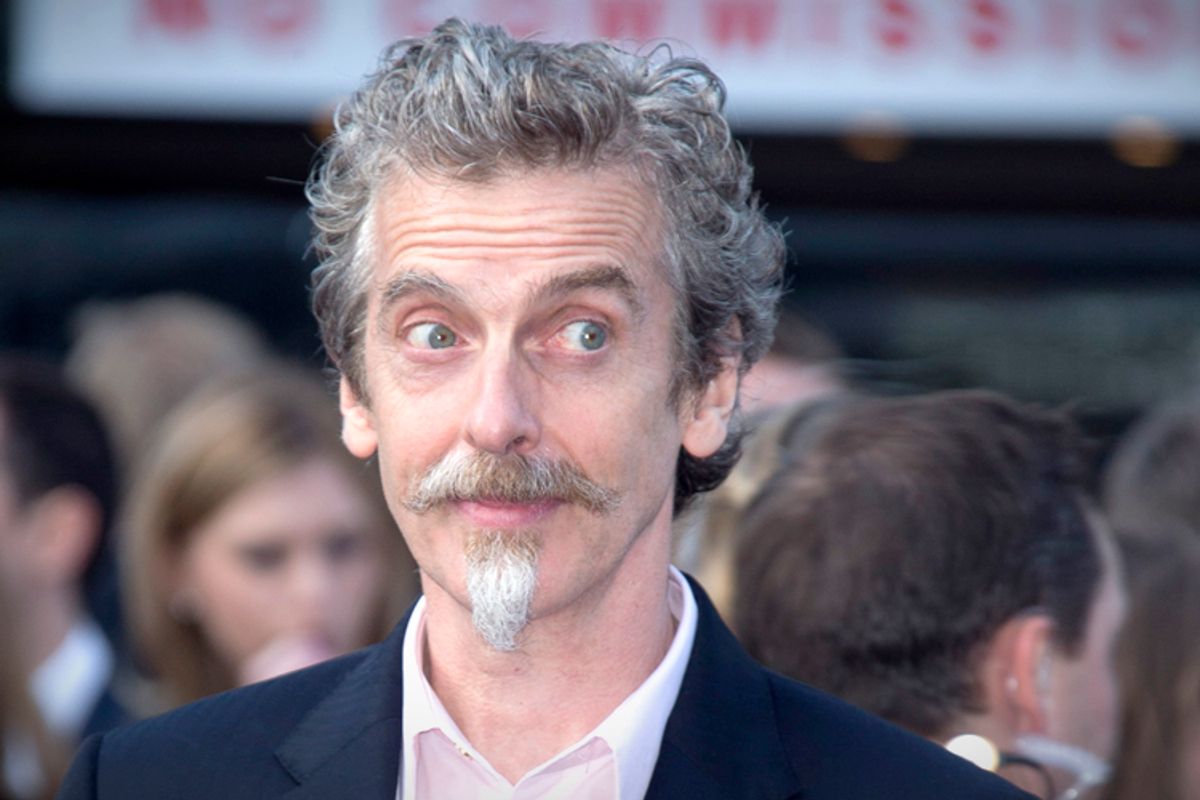 For plenty of us, the most important new arrival to come out of the United Kingdom – and, for that matter, the known universe -- this summer wasn't that royal baby. We were far busier waiting for somebody else. As it turned out, it was a foul-mouthed 55 year-old man. On Sunday, the BBC put an end to weeks of nail-biting suspense and introduced Scottish actor Peter Capaldi as the 12th incarnation of the Doctor on "Doctor Who." He replaces current Doctor Matt Smith in a special holiday episode this December. It's a glorious day in the TARDIS!

Even for those of us who bristle at Steven Moffat's recent snooty dismissal of the possibility of a female Doctor, Capaldi is a fantastic choice. The Who franchise is one of the most beloved institutions in all of science fiction, and the man who regenerates into the Doctor's shoes has to be a very special person. Fortunately, Capaldi is. As current Doctor Matt Smith says, "If I had to pick someone, I'd pick him, because I think he's great."

Capaldi is already known to fans of the series for playing Caecilius in "The Fires of Pompeii" episode, and for his gut-punchingly haunting arc as Home Office Permanent Secretary John Frobisher in "Torchwood's" "Children of Earth." (If you haven't seen it, you should, immediately. Suffice to say Capaldi can do more with closing a door than most actors can do with chewing a roomful of scenery.) But Capaldi's also had a lengthy and enviable career outside of the realm of the Time Lords. Thirty years ago, he costarred as a sweetly awkward, multilingual corporate drone in the sleeper classic "Local Hero." Twenty years ago, he wrote and directed Richard E. Grant in the terrific and weird BAFTA and Academy Award-winning "Franz Kafka's It's a Wonderful Life." More recently, he's been the ridiculously quotable expletive enthusiast and political enforcer Malcolm Tucker of "In the Loop" and "The Thick of It." Oh, and he's been brilliant in dozens of other films and television shows along the way, ranging from a transvestite in "Prime Suspect" to an angel in Neil Gaiman's "Neverwhere." He's a versatile everyman who's also utterly unique. In short, he is everything a classic Doctor should be – able to pivot from slapstick goofball to heartbreakingly tragic figure in the span of a single scene. And as one of the oldest actors to play a man who's already nine centuries old, Capaldi also brings a worldly gravitas that will serve in contrast to the lithe physicality of his previous two predecessors.

But maybe his greatest qualification for the job is that he's also a self-described "lifelong Doctor Who fan." He gets how important the role is because he loves the series too. "He's not me yet," he told reporters Sunday, "but he is reaching out and hopefully we will get it together." And though we'll miss Mr. Smith, we can't wait till Christmas.