"The girl was predatory"

A judge calls a 13-year-old a predator, a rape "prevention" campaign targets women. The victim-blaming continues 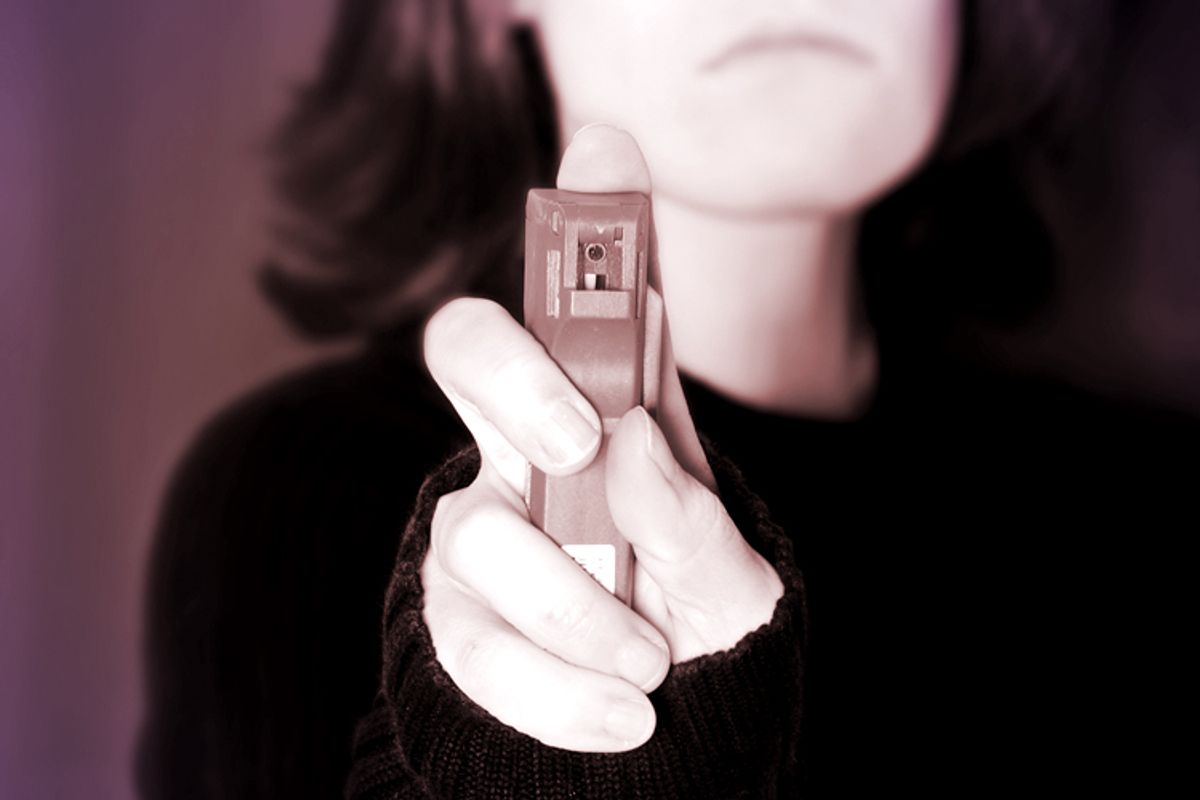 You know the No. 1 thing you can do to stop sexual assault? Don't sexually assault anybody. Sounds easy enough, right? So why is the main responsibility for avoiding abuse still so often placed on victims and potential victims?

Recently Jennifer Stephens, a battalion commander in the Ohio National Guard, noticed a sign in the women's restroom at the Wright-Patterson Air Force Base declaring that "Preventing sexual assault is everyone's duty!" That duty, according to the base's sexual assault prevention and response program, includes the warning to "Avoid becoming a victim." How? With tips like "Socialize with people who share your values," "Pay attention to your surroundings" and "Don't leave a group situation with someone you don't know well." That's all sound, common sense advice. The problem is that, as with so many prevention programs, it suggests that preventing abuse is not "everyone's duty" at all.

Stevens told Business Insider, "I think this is part of the reason victims are afraid to report incidents. If you're a victim and you've done one of the things on that list, you now feel like it's your fault that you were sexually assaulted." And she wrote a letter to the SARC Office, asking, "Instead of practicing victim blaming by making a list of all the things people should do to avoid becoming a victim, how about you make a list of all the places that a victim can go to find safety and help in their time of crisis?" She added, "This type of rhetoric only serves to promote the current rape culture that is entrenched in the military today by putting the spotlight on the victim instead of nailing the perpetrator to the wall." She signed it, "A concerned citizen and Military Sexual Trauma survivors advocate." In a statement, Wright-Patterson Air Force Base vaguely responded, "We have implemented robust training for all Airmen designed to both deter potential offenders as well as give Airmen the awareness and tools they need to step in and stop assaults from taking place." But Stevens says, "In all my years in the military, I've never heard anyone say anything about what's being done to stop the perpetrators. It is absolutely alarming."

The policy of asking potential victims to figure it all out is hardly unique. Earlier this year, Shaw Air Force Base made headlines for its "Sexual Assault Prevention and Response literature," with its notes to "be careful" because rapists often target those who are "are young (naïve)" or "emotionally unstable." Yet even the appalling, accountability-deflecting warnings on how to avoid sexual assault pale in comparison to the regular supply of flat-out blame that victims far too often face.

This week in the U.K., Judge Nigel Peters gave a suspended sentence to 41-year-old Neil Wilson after he pleaded guilty to "making extreme pornographic images and one count of sexual activity" with a 13-year-old girl. The judge explained his leniency as stemming from the fact that "the girl was predatory and was egging you on." During the trial, the prosecution had declared the girl was "sexually experienced" and that "She appeared to look around 14 or 15 and had the mental age of a 14 or 15 year old despite being younger than that. There was sexual activity but it was not of Mr. Wilson’s doing, you might say it was forced upon him despite being older and stronger than her." Law enforcement also found "a stash of images and videos depicting child abuse and bestiality" in Wilson's home, but sure, the 13-year-old girl is the predator here.

Preventing assault has to be a game of both offense and defense. We are all potential victims, and we all need to know how to minimize risk. But there is a growing trove of evidence to suggest that when we also work to minimize assault itself, when we address potential rapists directly, we can drastically reduce the incidence of rape. Preventing sexual assault really is everyone's duty. So how much longer before "everybody" realizes it?