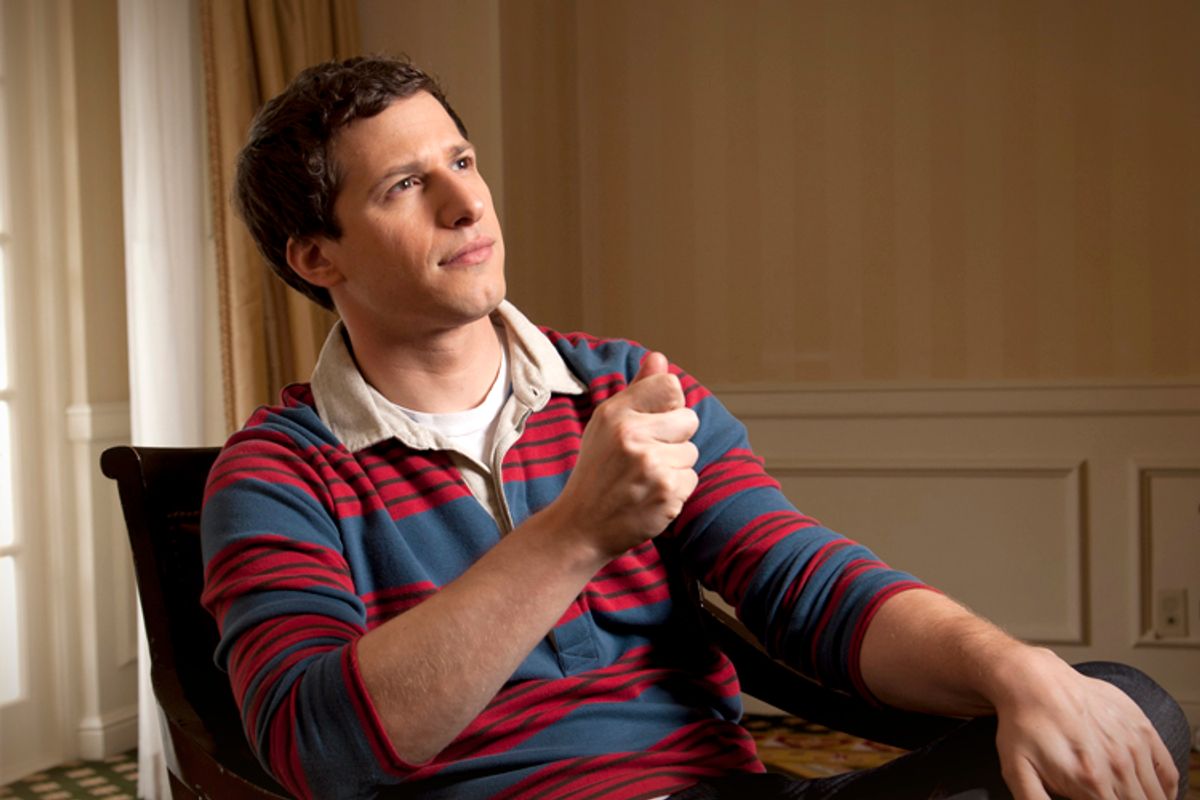 It's hard enough getting women to call themselves feminists -- only 23 percent of American women do. High-profile, successful women like Katy Perry and Marissa Mayer shudder at the "negative" word, preferring instead to speak in vague terms of "equal rights." But getting men to declare their support for women's issues? That makes selling feminism to females look like selling creationism to Kirk Cameron.

Last week, author, Pasadena City College professor and person with both an Adam's apple and opinions about women's issues Hugo Schwyzer announced he was taking an Internet sabbatical, citing his "fragile mental health" and the need to give priority to his wife and children. On his blog, he declared, "I’m done. I surrender the field to the critics who wanted me gone from feminist spaces." And in a strange follow-up interview with New York, he added, "If you look at the men who are writing about feminism, they toe the line very carefully. It’s almost like they take their cues from the women around them. Men are afraid of women’s anger. It’s very hard for men to stand up to women’s anger. I did for a long time until finally my mental health had to be a priority."

Schwyzer's current woes are unfortunate. But if anything good's come out of them, it's the reminder that there are men out there who are trying to talk about feminism. In Slate, Noah Berlatsky challenged Schwyzer's assertions, stating that "a feminist guy who writes about gender issues … feminist writers — women and men (and including Hugo Schwyzer himself) — have been extremely welcoming and encouraging." It's too bad, however, that the url for the story was the clumsy joke "hugo_schwyzer_quits_the_internet_have_intolerant_feminists_driven_him_offline." Those pesky intolerant feminists! And in the Guardian, writer Ally Fogg offered his own take, saying, "The ultimate goal of all feminists, male or female, is and rightly should be the welfare and social and political emancipation of women. If men are concerned about the problems men face, not just the problems men cause, then the pews of the feminist cathedral are rarely the most comfortable place to sit." Understandable, perhaps, though when dealing with wider social issues, I'd encourage both men and women to think beyond the comfort of their own pews.

It's disappointing that men who speak up about feminism – or if you prefer, anti-misogyny – would feel intimidated to do so, would find themselves criticized as less than masculine, or face skepticism for ulterior motives. Writer David Futrelle, for instance, says he's reliably accused of just trying to get laid. Thank God Stylist came along this week to offer a brief palate cleanser with a loving tribute to "the male feminists" – cool, outspoken men like Joss Whedon, Patrick Stewart and Chuck D, who says, "I'm fighting hard as hell, so women can do their thing." And it's worth remembering Andy Samberg's endorsement of NOW (on Spike TV, no less) also.

I would like to believe that in a world where more compassion all around is called for, a man like Schwyzer, with some very intense admitted mental health issues, wouldn't at this moment be expected to be the best spokesman for what happens when men involve themselves in "women's" issues. I would hope that a frightened report of "women's anger" wouldn't deter others from rolling up their sleeves and getting involved in issues that in fact concern all of us. You want arguments about how things should be done? Maybe some occasional anger? Step right up, folks. Nobody ever promised that feminism was a frickin' cotillion. In case you haven't noticed, there are plenty of things worth getting angry and arguing about. Military and prison sex abuse reform! Parental leave! Education! Equal pay! They're not just for ladies anymore, people!

In his farewell post, Schwyzer said a great and true thing – that "writers need to talk to each other." Not just writers. All of us. Men, women, dark, light, gay, straight. We need to talk to each other. We have so much to say. Just because one individual's personal investment in an issue is not as direct as another's shouldn't exempt anyone from participating in the conversation, from caring about it. The rights and freedoms of one group are influenced by the actions of other groups. We can't leave it entirely up to women to cure misogyny any more than we can expect minorities to single-handledly cure racism or the LGBT community to stamp out homophobia. If you are a fellow human being walking around on this planet, then your struggle may not be my struggle. But your dignity is my concern. So welcome to feminism. It's for everybody.