The CEO explains why BP is attempting to freeze payouts 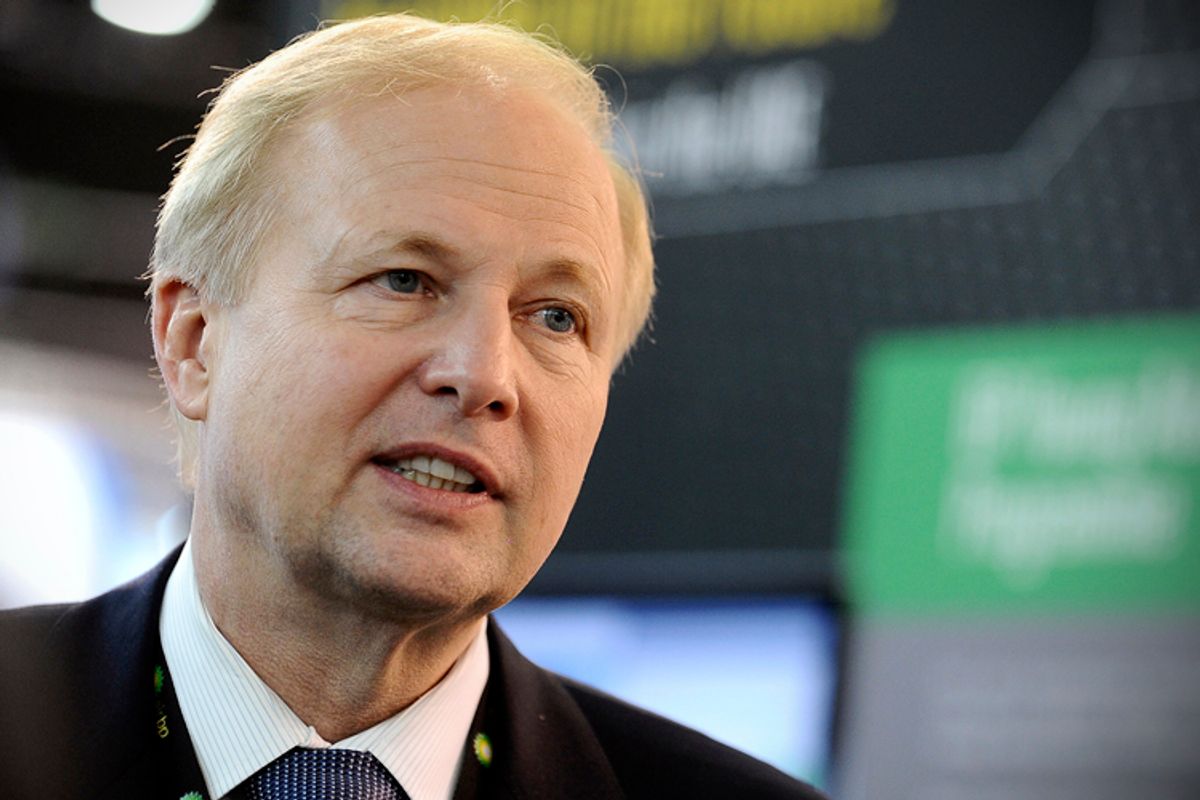 "Millions of dollars are going out to pay people who suffered, in many cases, no losses from the spill," Robert Dudley, CEO of BP, told Bloomberg Businessweek during a Q&A.

"I don’t think it’s right for America," he said. He elaborated:

Any company that makes in good faith an agreement to respond—and I don’t think there are many companies that have responded more responsibly to an industrial accident—when you make an agreement and you don’t have the faith and the trust that agreement is going to be interpreted the way you expect, it’s not good for America. As I travel around the globe and meet with world leaders and other CEOs, the litigious culture of the U.S., the class-action culture—quite frankly, the ambulance chasing, the patent trolls—is what’s being talked about.

A federal judge yesterday ordered the company to pay $130 million in fees to the court-appointed administrator overseeing payments to claimants who say they were damaged by the 2010 Gulf oil spill. According to Reuters, the company is attempting to temporarily halt payouts, alleging fraud and claiming that the plan is too generous. They have so far paid out $3.1 billion in compensation.

"The Gulf has bounced back really well," Dudley told Businesweek. "And I’d like to think that we played a big role. People who lead you to believe that the Gulf of Mexico is an environmental Armageddon—I don’t think have been there."