Chicago could be the next Detroit 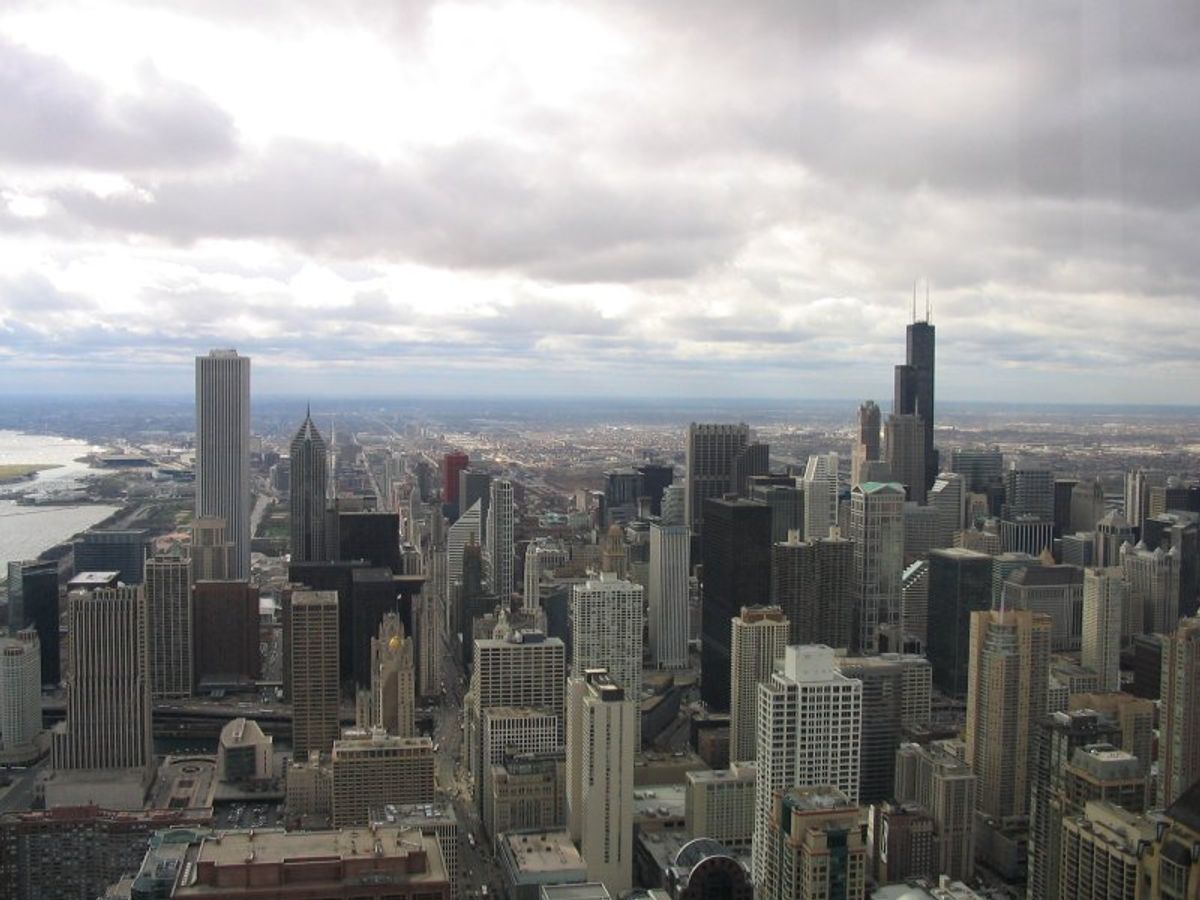 CHICAGO — Much like the city of Detroit’s epic economic saga, this story took me on a wild goose chase. I’m an art journalist reporting on Detroit from Chicago — or, if you would prefer, the Motor City from the Windy City — and that seems odd. The media craze around Detroit just won’t quit, and Chicago is increasingly finding itself implicated in it all. Perhaps the artists are to blame.

The manufacturing industries are vital to both Detroit and Chicago, yielding jobs that are typically thought of as blue-collar and working-class. Detroit receives far more national media coverage because of its highly publicized sharp motor industry decline over the past 40 years. In 1960, Detroit was the richest city in America; by 2010, Michigan had lost 48% of its manufacturing jobs. Chicago’s manufacturing industry is focused moreso in machinery and fabricated metal rather than the auto industry.

The latest Detroit circus began when rumors first circulated that the DIA might sell of its collection to help deal with the city’s recent bankruptcy, which knocked the city to a $20 billion bankfall. New Yorker art critic Peter Schjeldahl justified the looting of the city’s prized art museum, which was an appalling statement from a key member of America’s cultural community.

Schjeldahl has since retracted his statement, one that deployed the same thin logic as Michigan Governor Rick Snyder when he suggested that the city consider the DIA’s collection an “asset” rather than the public art collection that it is. And it is clear that Michigan citizens who can see beyond dollar signs and dumb quick fixes and recognize the importance of the DIA. Voters in three Detroit-area counties passed a ballot measure that will raise an estimated $23 million each year for the museum.

“The people agreed to a tax to support the museum, which is unheard of,” says Nancy Jones, formerly of the DIA’s Education department, about the three-county ballot measure. “If you look at Detroit as having a future well-being, you don’t destroy one of the elements that attracts people. It’s not just the football or baseball games, it’s the culture, and DIA is the main cultural institution. It draws people from other places, mostly Diego Rivera murals—that’s like the pilgrimage site. And that can’t be sold off because those are in the frescoes.”

Furthermore, selling off the DIA would certainly not suddenly solve Detroit’s financial dilemmas; the collection is a “mini Met” of sorts, rife with hundreds of masterpieces, many of which are under legal agreement by donors. So, even if they were put on the notoriously murky art market, 100 masterpieces would depress the market, as one art advisor told Bloomberg; in other words, a museum can’t just go and sell a Cézanne like it’s no thing.

“The collection at the DIA exists to provide us with a real experience of humanity’s dreams, discoveries and dynasties throughout centuries and around the world,” says Detroit-based artist Taurus Burns. “We just can’t put a price tag on the tremendous cultural value the art collection adds to Detroit, and to the people and children who experience it.”

In his apology, Schjeldahl noted that he had “a sounder grasp of the issues involved” and realized that “…a sale of the D.I.A.’s art, besides making merely a dent in Detroit’s debt, could not conceivably bring dollar-for-dollar relief to the city’s pensioners.”

Scott Hocking, “Weatherbee at Milwaukee” from the series “Detroit Nights” (2011)

And what Schjeldahl failed to think about during his flippant statement about the DIA’s collection is, of course, the people who sit on the museum’s board.

“The funny thing about the DIA is that its patrons are largely wealthy conservatives [which is] not to say that some of them don’t also support contemporary art or artists,” says Detroit-based artist Gina Reichert of Design99, a collaboration with Mitch Cope that considers new models of contemporary art and architectural practice. “Take Marc Schwartz for example. His family’s name is on the DIA’s print collection gallery and his family has an in-depth, blue chip print collection. They are also all staunch Republicans. But Marc also appreciates contemporary art and artist initiatives in the city, and I consider him a friend. I don’t see the Schwartz family letting anything happen to the DIA, or the Taubmans, or the Frankell, or any of the other wealthy collectors who live in the Detroit Metropolitan area (although not within the city limits) and sit on museum boards.”

Yet the ongoing question for people outside of Detroit, including those based in nearby Chicago, is what’s actually going on in the city versus what we hear through the viral internet and other media sources. For that, you’ve gotta go to the source.

“Like a lot of things in Detroit, there’s a lot more media chatter of people outside the city than people in the city talking about. People in the city are a little bit more . . . we are used to how things go around here,” says Detroit artist Scott Hocking. “I don’t think anyone believes that’s going to happen. Right now it’s more of a media thing than anything else — there’s such a flurry of activity in the press whether anything new happens, whether the mayor is in jail, or the housing collapse.”

If anything, Detroit residents are more focused on the mayoral race coming up, with frontrunner Mike Duggan a.k.a. “the white guy” seemingly in the lead. For now, the city is practically being run by emergency manager Kevyn Orr who, appointed by Governor Rick Snyder, is that guy who called up Christie’s about possibly selling the DIA.

Onward, Detroit. Chicago is with you.