When is a man a father -- and when is he just a donor? 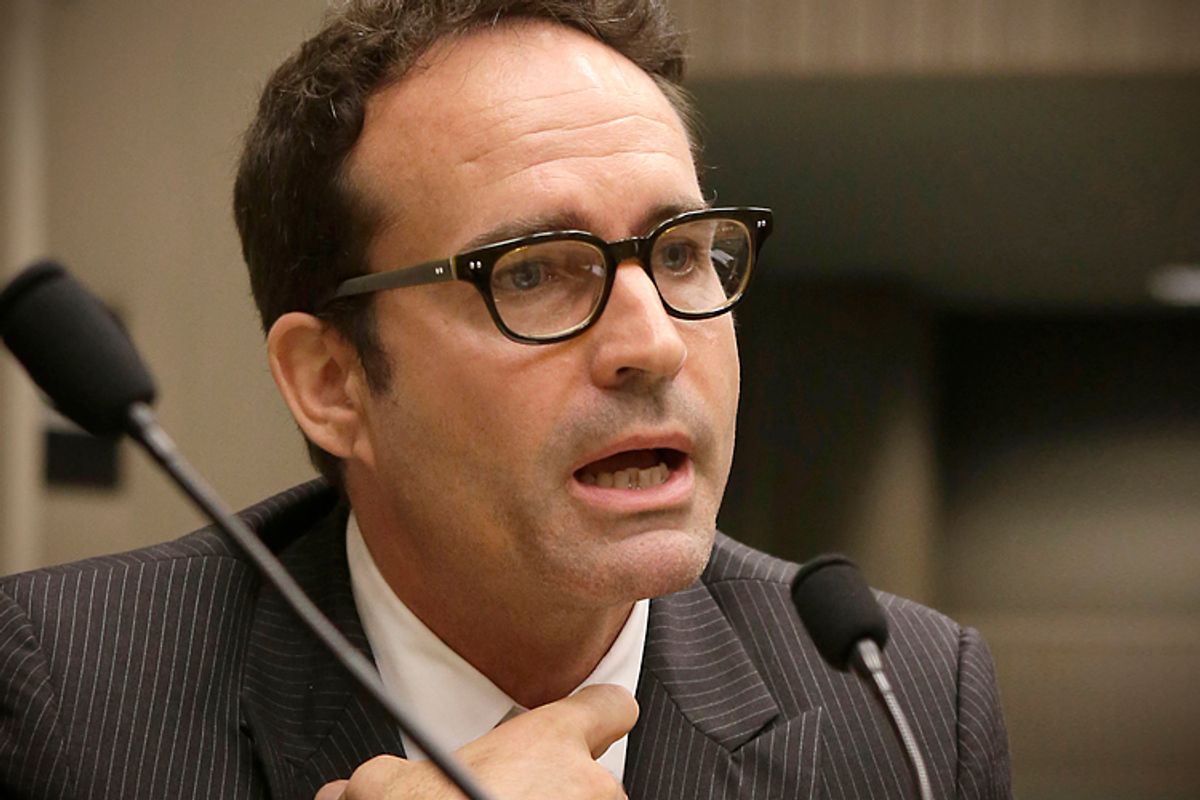 A few years ago, a woman named Danielle Schreiber conceived a child with actor Jason Patric. Patric does not contest this. But Schreiber says that though 3-year-old Gus is definitely the product of Patric's loins, Patric is not his father. She says he is, instead, just his sperm donor. And earlier this year, a California judge agreed with her. Patric has now gone before the California Legislature to fight for his parental rights, in a case that may redefine our already highly fluid modern definition of what it means to be a parent.

Both Patric and Schreiber attest that they had a romantic relationship, and that Gus was conceived via artificial insemination. Where they differ is in what Patric's role in the boy's life was ever supposed to be. Patric says he signed an "intended parent" agreement and was actively involved in raising the child; Schreiber says that was never the arrangement. She now has cut off his ties to the child.

Last month, San Mateo Democratic state Sen. Jerry Hill introduced Senate Bill 115, which would amend the Family Code – a code that currently says that an unmarried sperm donor "is treated in law as if he were not the natural father of a child thereby conceived, unless otherwise agreed to." Under the proposed change, men could bring action if they can prove "the existence of the father and child relationship." Patric's case is the first high-profile test of that challenge. The actor says the current code provided "a loophole" to divide him from Gus simply because the boy was conceived via insemination. Patric, speaking for himself and other fathers in his situation, told the court Tuesday, "We raised these children, we loved these children, but when these relationships fell apart we were shockingly hit with briefs that deemed us sperm donors: a word that was never, ever mentioned in my house, a word I can guarantee you Gus doesn’t know how to pronounce."

From both a cultural and a legal point of view, the choices and rights around becoming a parent are almost exclusively left to mothers. Most of the time, this makes sense – we mothers are the ones who carry and bear the children; we're the ones who are overwhelmingly raising those children on our own. A quarter of all children in this country live exclusively with their mothers. In contrast, despite what you may have learned from "Full House," only 8 percent of American households are headed by single fathers – and that number currently represents an all-time high.

Mothers need a variety of unique protections – sometimes in the form of paternal involvement and sometimes in the form of clear and safe distance. We need legal protection so that fathers can't ignore their responsibilities. We also need protection so that our rapists can't attempt to establish paternal rights over the children conceived in their crimes. But the work of bringing children into the world affects both men and women, and parental rights aren't exclusive to one sex. The past few years have brought vigorous, frequently inconclusive debate over how much obligation men whose sexual partners continued pregnancies without their agreement or enthusiasm should have toward the resulting offspring. They've brought clarifications of the laws regarding assisted reproduction, so that donor transactions don't become forced parental relationships, for either of the parties involved. Men who agreed to a straightforward conception shouldn't be expected to support the children they helped create, and women and couples shouldn't have to live in fear that a person they engaged strictly as a donor will suddenly get a yen to be a dad.

So what to make of Patric's case? Patty Glaser, one of Schreiber's attorneys, says the actor was "quite clear" that he did not want to be the boy's father, and that the legislation is "vague, ambiguous and it’s horrific for mothers." Schreiber's legal team further asserts that Patric's involvement with the child was merely a side effect of dating his mother. Patric, on the other hand, insists, "I had a surgery to become a parent … [but] I was unfairly deemed a donor with no recourse." Now, he worries that Gus, whom he hasn't seen in 25 weeks, is "sitting daily, wondering what happened in the most severe form of alienation that one could imagine." What appears evident is that neither side did a great job of establishing boundaries ahead of time.

The wording of the Senate bill as it stands now will likely need further tweaking to distinguish between traditional donors and men who have an established history of parental involvement. And what really was agreed between Patric and Schreiber is still in dispute. What should, however, be blatantly clear is that just because a man and woman aren't married and just because they haven't conceived the old-fashioned way doesn't automatically mean the dude cannot possibly be a real father. And to have a legal system that makes those kinds of assumptions about its men is silly, outdated and unhelpful to all of its children. As Jerry Hill says, "This is truly about the modern family, and it has raised questions and issues for the courts that haven't kept up with changing times."