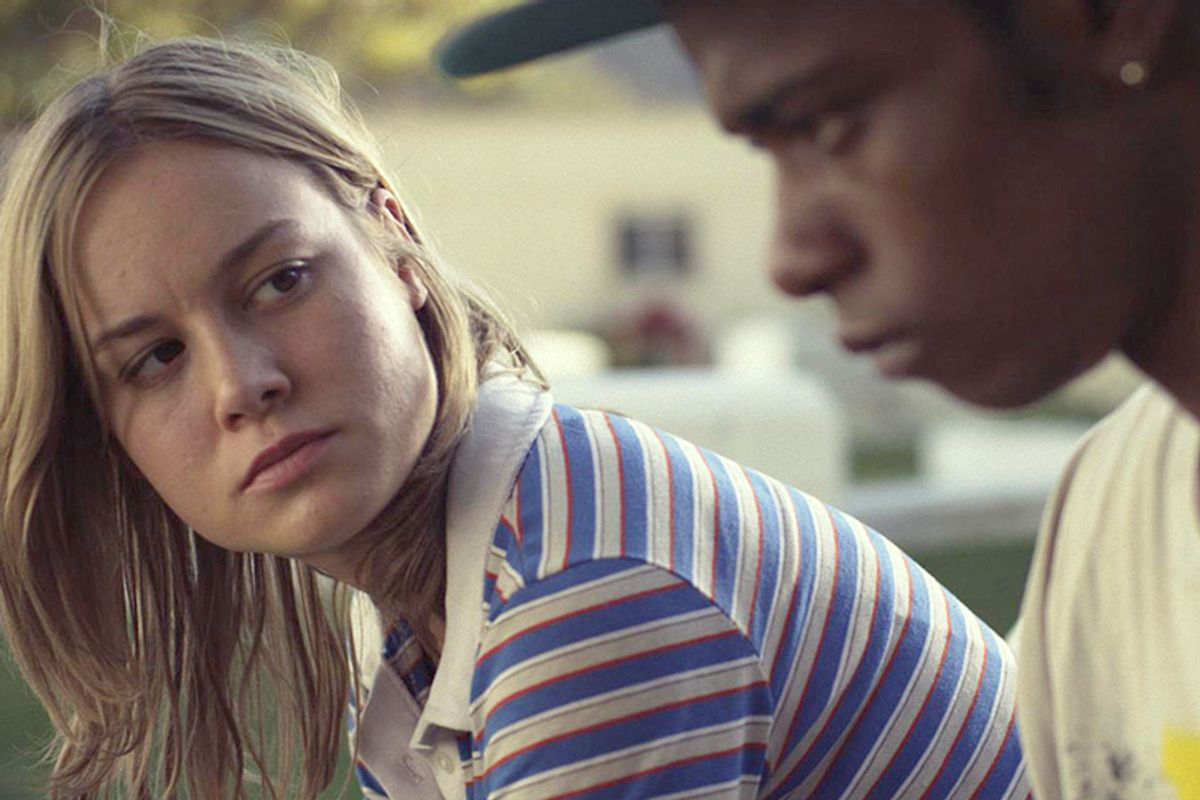 The instantly absorbing low-budget drama “Short Term 12” has more than a hint of after-school special and more than a hint of prime-time teen soap – and I mean those things in the best possible way! It’s both a compelling group melodrama built around an appealing young cast and an immersive introduction into a social reality many of us haven't thought about, that being the question of what happens to young people who have been abandoned, abused or damaged to such a degree that they no longer have anything close to a stable family or home life. Set in and around a supposed short-term foster care facility for juveniles (hence the title) where many kids end up living for years, writer-director Destin Cretton’s SXSW fave-rave feels like one of those small-scale indies that totally overcomes its origins and is likely to connect with a large audience. Sleeper hit of the year? Too early to say, but it could be.

As observed by Nate (Rami Malek), a hapless new staff member who antagonizes almost the entire resident population of Short Term 12 on his first day by referring to them as “underprivileged kids,” this is a place with many layers. At the top is the 20-something pair of social workers who run the place, trying to bring some structure, clarity and hope to young lives that haven’t had much of those things. Grace (Brie Larson, a young actress who’s about to have her breakout after this role and “The Spectacular Now”) and Mason (John Gallagher Jr., now also a cast member on “The Newsroom”) are in fact a cohabiting couple, but they make an effort to keep that a secret from the eagle-eyed kids of Short Term 12. In their scenes at home we can see the fiercely independent Grace pushing back against Mason’s desire to talk about the capital-F Future.

Mason’s not sure why, but that’s where Jayden (Kaitlyn Dever), a Goth-flavored new arrival with a hellaciously bad attitude, comes in. Jayden sticks out at Short Term 12 for various reasons: She’s a white girl who comes from a relatively affluent background, and there’s some confusing back story involving her dad that sets off Grace’s alarm bells. At her first appearance at the morning group session, Jayden informs the other residents that she’s not going to waste time getting to know anyone, because she’ll be moving back to her dad’s sometime soon. Basically: Forget all you losers, I’m just slumming here for a week or so until my real life of suburban privilege kicks in again. But why, exactly, has her dad kicked her out, and why doesn’t he pick her up for the weekend when he’s supposed to?

If Grace’s willingness to be mocked for her efforts to penetrate Jayden’s thick coating of hatred for the world supplies much of the humor and drama, there’s plenty more going on among the “Short Term 12” ensemble. Marcus (Keith Stanfield), an aspiring rapper with a poet’s soul, is about to turn 18 and be liberated into the outside world, but isn’t at all sure how he feels about that. Luis (Kevin Hernandez), Short Term 12’s finest provocateur, keeps trying to goad Marcus into acts of violence that’ll get him in trouble. Sammy (Alex Calloway), a survivor of undisclosed abuse who presents as nonverbal autistic, has had his collection of dolls confiscated by his psychologist, to Grace and Mason’s outrage. Mason, who at first seems too much like the best boyfriend in the history of the world, introduces Grace to his own complicated and moving family background, in hopes of getting her to open up.

Much more important than the details is the fact that from the first moments of the film, you get the sense that this will be a rewarding story that’s carefully told, and also that Cretton knows this world and will show you its raw humor, its joys, its bureaucratic conflicts and its searing pain. Cretton once worked in a California facility like this one – he says the character of Nate is based on himself -- and has been building this movie for years, completing a precursor short in 2008. If anything, his script has been so workshopped and polished that it feels a bit too neatly constructed, with all the beats arriving on time and different characters’ stories feeding into each other, but the acting is so convincing many viewers will start to believe they’re watching a documentary.

Brie Larson’s driven and strong-willed Grace, a performance totally free of vanity or feigned coolness, is the highlight, but teenage Kaitlyn Dever (a cast member on both “Justified” and “Last Man Standing”) is every bit as good in a role that could easily have become wounded-badass cliché. Cretton has been admirably clear about the fact that “Short Term 12” is meant to be a satisfying work of fiction rather than a conversation-starter about the failings of a poorly funded juvenile care system. But the old-fashioned Dickensian ambition of this movie is its great strength. In showing us all the richness and tenderness and passion that’s possible in young lives that have pretty much been discarded by ordinary society, Cretton invites us – in the kindest possible spirit! – to question our own privilege.