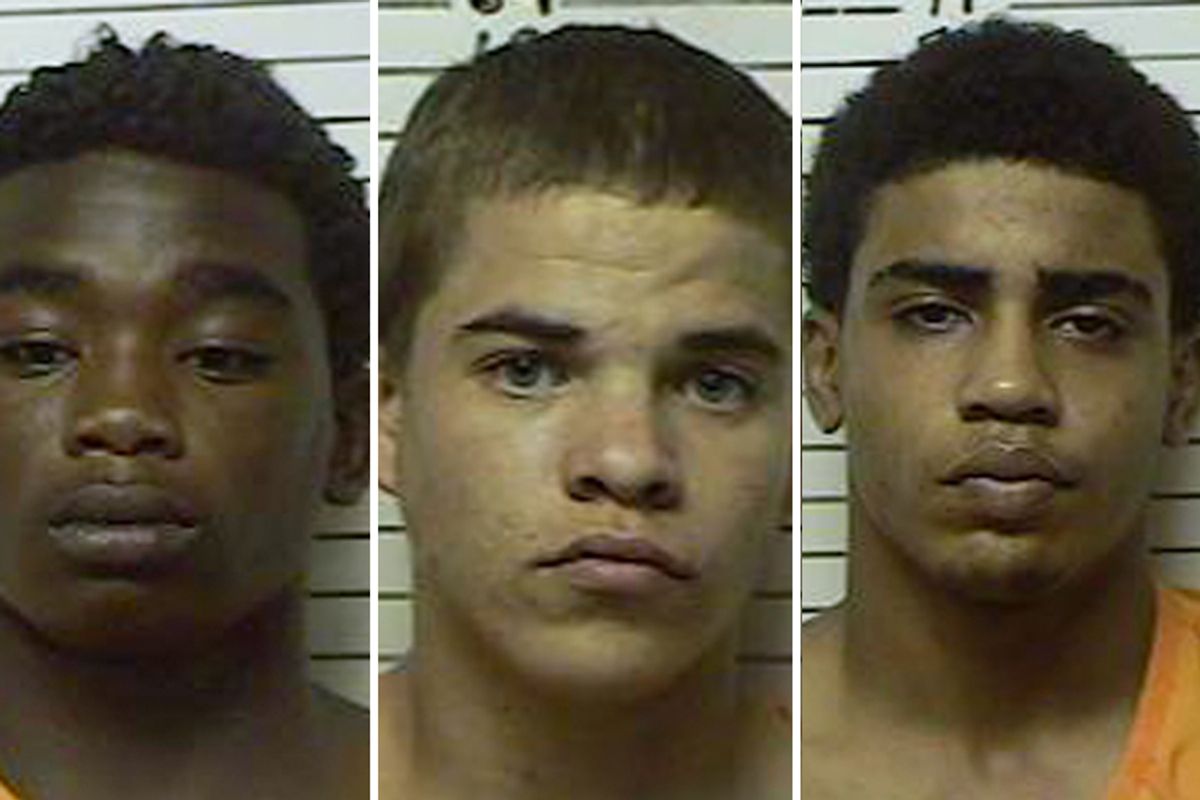 There are a few black people up to no good in this country and Fox News is on it! So is Drudge Report. Vigilantly on the lookout, 24 hours a day, for stories about black youths behaving badly.

This isn't a particularly new phenomenon, but it's intensified noticeably in the past year for at least two reasons. Conservatives, particularly white conservatives, feel a burning urgency to find a racial counterweight to the aftermath of Trayvon Martin's shooting (including President Obama's public comments about the incident), a logical response to the argument that things like background checks and an assault weapons ban are appropriate ways to reduce the likelihood of another Sandy Hook-style massacre, and anecdotal justifications for indiscriminate policing of dangerous neighborhoods.

But these are hopeless pursuits. The incidents they draw attention to fail by definition to underscore the things they believe. They all require projecting motives or details or both into tragic events, to create false dichotomies between shootings perpetrated by whites and blacks. They have the unhealthy effect of creating dueling tallies of white-on-black and black-on-white crime. And ironically they all tend to underscore the argument that more "stand your ground" laws and more racial profiling are off-point responses to these incidents.

The latest conservative cri de coeur is over the tragic shooting death of Chris Lane, a 22-year-old Australian attending East Central University in Oklahoma on a baseball scholarship. Two teen boys spotted Lane on a jog last week, trailed him in a car, and allegedly shot him fatally in the back (a third teen reportedly served as their driver). One of the suspects said the boys committed the murder out of boredom.

Word of the shooting spread quickly. And that's when the right clumsily revealed that its obsession with gun violence reflects an obsession with racial score settling rather than with averting further tragedies. The conservative media, including Fox News, repeated the claim that the Oklahoma suspects were all black. But this turned out to be a toxic mix of racial bias and wishful thinking. You almost wonder whether the people whose ulterior motives led them into error like this actually lamented the fact that one of the suspects happened to be white. It would be so much more convenient if that weren't the case.

But let's pretend for a minute that the suspects had all fit the stereotype the hosts at Fox and Friends wanted. Then the idea is that Chris Lane's death should somehow offset Trayvon Martin's, or that the people who sought to turn George Zimmerman's actions into a national referendum on "stand your ground" laws are somehow hypocritical for having little to say when the races of the culprits and innocent victims are reversed. For reactionary Obama foes like former Rep. Allen West, R-Fla., the obvious question is, "Whom will POTUS identify w/this time?"

I'll give West, et al., this: If you ignore motive, circumstance, history and (likely) outcome, then liberals, particularly black liberals, sure seem craven. By that standard, though, Jean Valjean and John, King of England are moral equals -- just a couple of guys with similar names taking other people's property.

So let's review: George Zimmerman wouldn't have shot Trayvon Martin if he hadn't been profiling by race. And even if he had been, the shooting feasibly wouldn't have happened if he hadn't been legally allowed to carry a handgun and didn't think he was empowered by law to take matters into his own hands. The monstrous killing of Chris Lane has no such back story. The killers apparently had no motive whatsoever, were armed illegally, and certainly weren't trailing Lane because they believed, based on his race, that he might be a criminal. They are, however, likely to face serious prison time for their crimes. Zimmerman walked.

Put that all together, and it turns out these stories aren't counter-parallel at all. And more to the point, the events don't even anecdotally augur for policies the right supports. The kids in Oklahoma weren't "standing their ground," and a "stand your ground" law wouldn't have saved Chris Lane. Neither would a stop-and-frisk regime -- the killers were trailing him in a car. By contrast, a "stand your ground" environment and a stop-and-frisk mentality were instrumental in Trayvon Martin's death. Take either away, and there's a good chance he'd be alive today. Martin in fact personified the statistical folly of stop-and-frisk. If Zimmerman had yielded to real police, they would have, in absence of any suspicious behavior, stopped Martin, frisked him and found only the skittles and iced tea that made his death that much more tragically poignant.

You could twist that into a claim that stop-and-frisk might have saved Martin's life. But that gets the onus backward. Proponents of profiling policies need to do better than argue we have to violate the civil rights of minorities in order to protect them from hair-triggered vigilantes.

What might well have stopped both killings, though, is making it harder for people, legally or illegally, to come into possession of handguns. That's a conversation the right is less obsessed with.