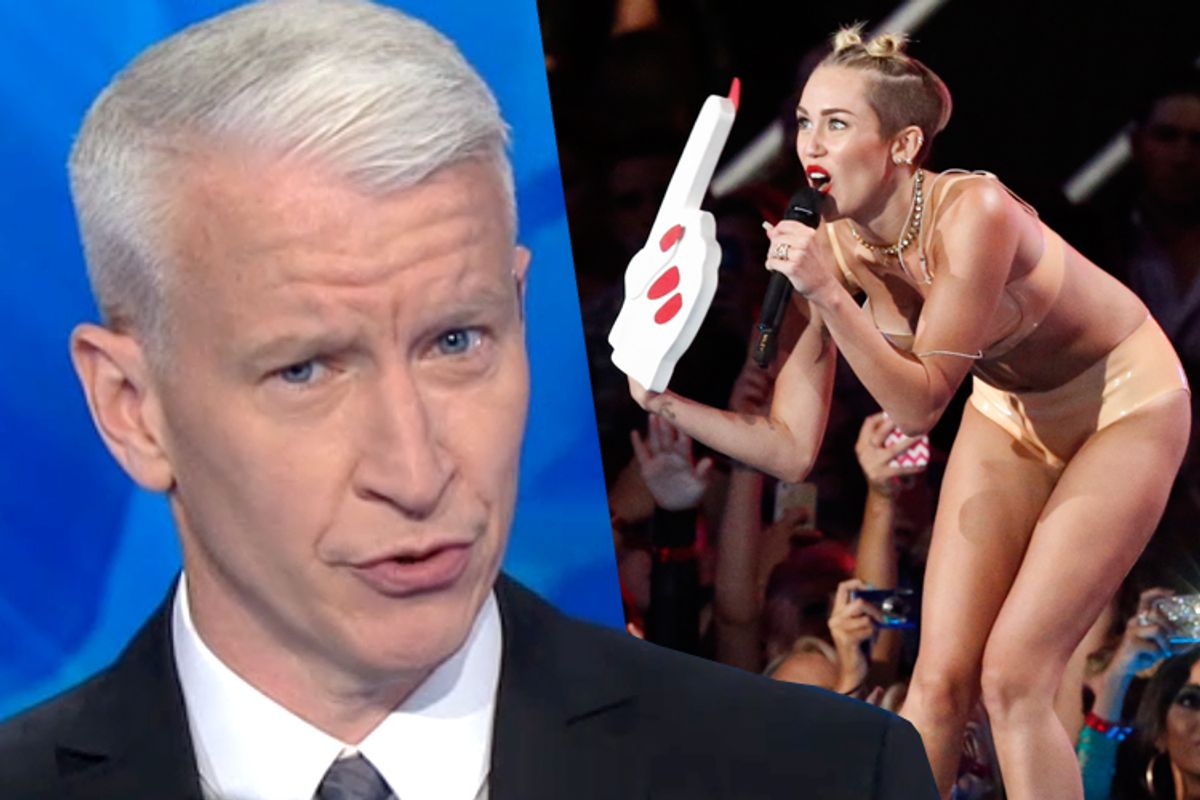 There was nothing, and I mean nothing, about that story that related to the important news of the day, the chronicling of significant human events, or the idea that journalism itself can be a force for positive change in the world. For Christ’s sake, there was an accompanying story with the headline “Miley’s Shocking Moves.” In fact, putting that story front and center was actually doing, if anything, a disservice to the public. [...]

But boy oh boy did it get us some web traffic. Which is why I, Meredith Artley, managing editor of CNN.com, put the story in our top spot.

Artley herself (the real one, not the Onion's simulacrum) noted on Twitter that the Cyrus story was indeed CNN Digital's top story that day. And the broadcast side got in the game too, with Anderson Cooper presenting three and a half minutes in prime time to the performance, in a "RidicuList" segment mocking the outrage while simultaneously showing plenty of clips of the awards show. (He wasn't the only one giving Miley air: For instance, MSNBC's Mika Brzezinski had suggested Miley Cyrus had an eating disorder in a lengthy reaction.)

"It's all so yawningly formulaic," said Cooper, just before showing a clip of a four-year-old Cyrus performance in which the singer was said to have pole-danced. Cooper instructed his audience not to pay attention to the VMAs; he, indeed, said he hadn't watched the show at all. But the Cyrus story is such guaranteed gold that it's worth weighing in on -- if only to tell others not to bother being outraged.