TV shows like "Homeland" deal honestly with the "war on terror," but movies like "Closed Circuit" often flinch 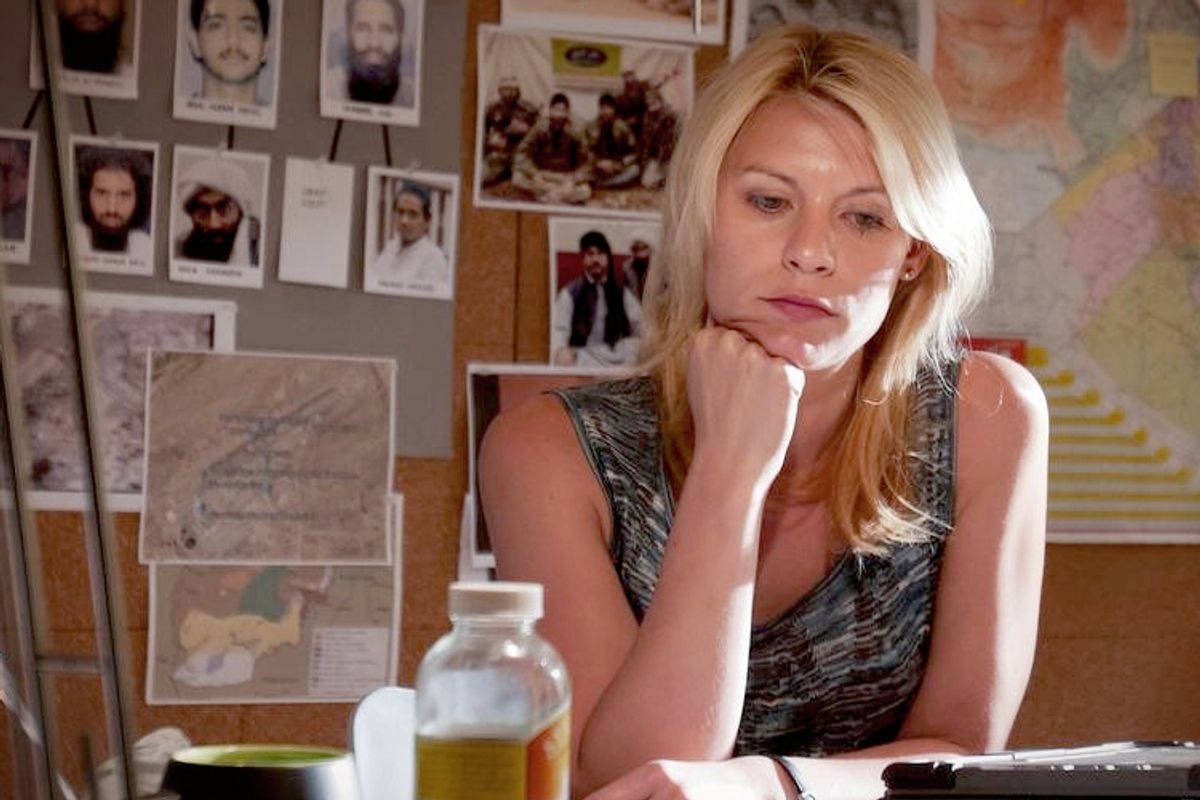 British director John Crowley’s “Closed Circuit” should and could have been a crackerjack thriller about the collision between the national-security state, terrorism and the erosion of rights and liberties. Its timing was perfect, if presumably accidental, given the drumbeat of news over the past few months. It has a script by Steven Knight, who wrote “Eastern Promises” for David Cronenberg and “Dirty Pretty Things” for Stephen Frears. It starts with a nifty premise – a gruesome terrorist attack in central London whose aftermath threatens to expose unsavory state secrets – and features an agreeable cast headed by Rebecca Hall and Eric Bana as squabbling ex-lovers trying to defend an accused terrorist mastermind they suspect may be a fall guy.

Now, I suspect something specific befell “Closed Circuit” during the production process that caused it to end up as a late-August throwaway: The storytelling is unaccountably herky-jerky, the film seems oddly truncated (at 96 minutes) given its plot density, and expository information is tacked onto the ending in an audio-only scene that vaguely suggests a more upbeat conclusion. There’s also the problem that Jim Broadbent, playing a villainous British attorney general trying to squelch the facts, is a far more compelling figure than the namby-pamby, kissy-face pair of Bana and Hall. (I kept finding myself agreeing with him: Evidence, shmevidence! Who cares about the truth? Let’s grow up and move on.) It’s tempting to speculate that Crowley – who made his reputation with the 2007 “Boy A,” a landmark of contemporary British realism – made a quite different version of this movie at some point, or at least meant to.

But there’s a larger issue represented by “Closed Circuit,” one also found in Mira Nair’s “The Reluctant Fundamentalist,” a similarly unsatisfying 2013 mishmash of allegedly terrific ingredients. Movies about the era of terrorism and the expansion of the surveillance-security state have mostly been muddled and mediocre, if not downright bad. Sure, there have been exceptions, but in the dozen years since 9/11, not a lot of them. Television, for various reasons, has produced much more urgent and watchable responses: Showtime’s “Homeland,” of course, along with “Prisoners of War,” the gripping Israeli series that inspired it. Let’s also just admit that Fox’s “24,” as politically noxious and dramatically ludicrous as it often (or mostly) was, felt like a live cultural nerve and a near-mandatory viewing experience.

Without relaunching the debate around the morality or politics of Kathryn Bigelow’s “Zero Dark Thirty,” I’ll submit that it’s a marvelously crafted film that seeks grand drama within recent history. Stephen Gaghan’s 2005 “Syriana,” in which George Clooney won an Oscar, stuck out precisely because it’s a work of considerable ambiguity and complexity in a field largely devoid of those qualities. Paul Greengrass’ “United 93,” with its pseudo-documentary tick-tock account of a historical event, almost doesn’t count; it spins a gripping yarn but makes no attempt to grapple with its moral aftermath. There are a handful of interesting indie films that tackle the topic, like Zal Batmanglij’s “The East” – which almost prefigures the Snowden/NSA scandal – and British satirist Chris Morris’ ruthless “Four Lions.” But those had small audiences and little cultural impact.

One could argue that Greengrass reckoned with the consequences of 9/11 more directly in “The Bourne Supremacy” and “The Bourne Ultimatum” than he did in “United 93.” Those are just two of the numerous action-adventure movies of the last decade to use terrorism and security-state paranoia as both canvas and subject matter. From the “Iron Man” series to the last three James Bond films to “Mission: Impossible – Ghost Protocol,” our twinned fears of nihilistic murderers and an intrusive, all-seeing state apparatus find their fullest expression in cinema that is pure fantasy and wish-fulfillment, with little or no connection to history. Besides, people actually wanted to watch those movies, which you can’t say about the labored twists and turns of “The Reluctant Fundamentalist” or Michael Winterbottom’s “A Mighty Heart,” which somehow managed to turn the tragic and dramatic real-life tale of Daniel and Mariane Pearl into a soapy melodrama for Angelina Jolie.

One aspect of this is pretty simple: It takes cinema a long time to digest history. Filmmakers kept wrestling with the legacy of World War II and the Holocaust well into the 1990s, and the well may not be tapped out yet. The United States pulled out of Vietnam in 1973, but serious cinematic consideration of that conflict began with “Apocalypse Now” in 1979 and even more with Oliver Stone’s “Platoon” in 1986. David O. Russell’s “Three Kings,” set during the first Gulf War of 1991, came out amid the legendary indie-film extravaganza of 1999. By those standards, “United 93” (released in 2006) was an early effort to contend with a painful history, and “Zero Dark Thirty” was a work of journalism-as-drama reminiscent of Emile Zola.

But it’s also true that the culture around cinema has shifted enormously, and that nobody’s waiting around for filmmakers to start making 9/11 or Osama bin Laden movies sometime around 2015. Among the many reasons that television has stolen the central cultural position once accorded to movies are the fact that TV series can react more rapidly to news events, are less expensive to make, tell different kinds of stories and operate in different vectors of space and time. The constricted screen-space and limited budget lend themselves to claustrophobic narrative, and televisual storytelling thrives on long, novelistic arcs, fueled by slow-burning character relationships, cliffhangers, plot twists and multiple shifts of perspective. Most mainstream movies, on the other hand, remain married to the familiar three-act structure, in which the third act usually resolves to a straightforward collision between opposing forces, in which all complications and contradictions must be erased.

That’s exactly where “Closed Circuit,” which begins so promisingly as a study of the many-layered British security state (which remains conveniently free of a constitution to violate) falls apart. Rebecca Hall’s character is a “special advocate” appointed to review evidence so secret that it may not be shared with the defense team for a Turkish immigrant accused of a truck bombing at a central London produce market. But once she and Bana’s character (the defense lawyer) understand that the whole attack was a particularly egregious example of war-on-terror blowback, and that the security services are cracking down on anyone who stands in the way of a thorough whitewash, the whole picture devolves into chase-and-hide paranoia, which isn’t especially interesting even when it’s justified. If “Closed Circuit” were the first episode of a new BBC series, with Bana and Hall as a push-pull screwball duo facing a contemporary London of ubiquitous security cameras and cocky young secret policemen (one of those is Riz Ahmed, not playing the scary Arab militant for once), I’d be mildly encouraged. As it stands, it’s a meh, a near-miss, a watch-on-Amazon-if-you’re bored, a fragment of genuine commentary soon gone with the wind.