Pick of the week: The housewife and the stripper 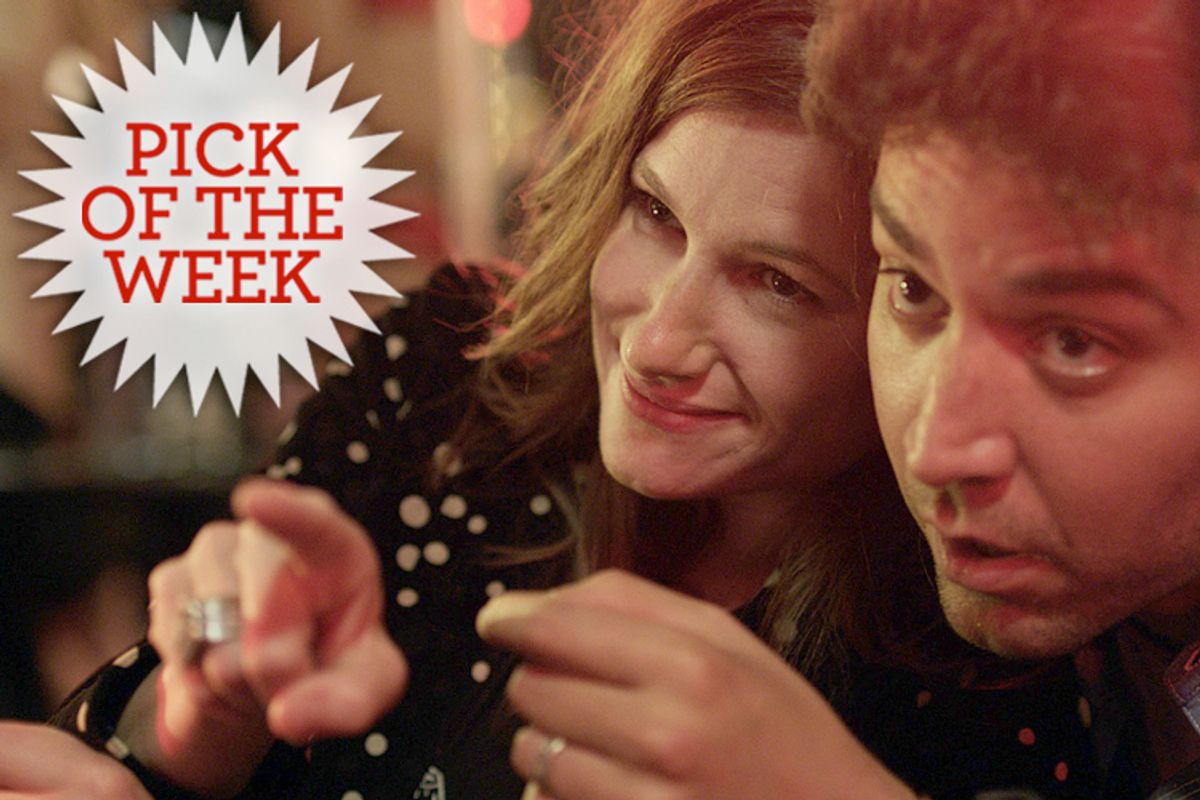 No doubt it says a lot about the state of American comedy – and the confused nature of American thinking about sex and sexuality – that writer-director Jill Soloway’s debut feature “Afternoon Delight” feels like a breath of fresh air on both counts. Formerly a producer on “Six Feet Under” and the executive producer of “United States of Tara,” Soloway’s more than ready for her big movie breakthrough. Her flawed and sharply observed characters have genuine depth, and her dialogue is much funnier and more grown-up than the usual post-Apatow hard-R raunch of the moment. “Afternoon Delight” defaults to a calculated, upbeat ending that has little organic connection to the story, but it’s a crisp and often hilarious female-centric social satire loaded with delicious talent from the TV-comedy pool.

There are a lot of reasons to like this pleasurable and occasionally steely portrait of a middle-class Los Angeles marriage facing a sexless “dry spell,” but by far the biggest is Kathryn Hahn, a frank, funny and immensely enjoyable comic actress who’s had recurring roles on “Girls” and “Parks and Recreation” (and is probably best known for playing Lily in 115 episodes of “Crossing Jordan”). Hahn’s never played the leading role in a film before – I suppose she’s the character-actress “type,” though she’s plenty attractive -- and Soloway deserves a big wet smooch from the universe for giving her the chance. Rachel, the bored and unhappy housewife heroine of “Afternoon Delight,” is an immensely demanding role. She’s sardonic, self-deluded, passive-aggressive and deeply misguided, all without entirely losing our sympathy and while clad in a depresso wardrobe composed of castoff elements from the last three decades: a horrible sailboat-print sweater, a Peruvian alpaca poncho, pantyhose and a subtly unfashionable skirt.

Rachel is trapped in a weird, slightly hipsterized reboot of the 1950s: She’s at home with her young son while workaholic husband, Jeff (Josh Radnor of “How I Met Your Mother”), runs an “apps publisher.” But home is the pseudo-bohemian paradisiacal L.A. enclave of Silver Lake, rather than suburbia, and the convenient fiction is that Rachel is “trying to write” rather than simply not working. In many ways the best things about “Afternoon Delight” lie in Soloway’s merciless and highly specific depiction of creative-class Jewish life in L.A. There’s the nightmarish, hawk-nosed so-called friend (former “SNL” cast member Michaela Watkins, who’s now on “Enlightened”) who’s always badgering Rachel about running the hot-dog table at the JCC’s annual “Craftacular.” There’s the woman who is mocked as “Kosher Amanda” (Annie Mumolo) for being slightly more observant than the rest of the moms. There are Groupons, and yoga, and brunches, and fights over the best nannies.

Armed with half-baked advice from her best friend (Jessica St. Clair) and her lesbian therapist (the reliably hilarious Jane Lynch), Rachel and Jeff try to jump-start their sex life by visiting a strip club, where Rachel receives an awkward lap dance from a perky, frizzy-haired 19-year-old named McKenna (English actress Juno Temple, who is actually 24 but does a flawless California girl). Soloway never tries to define or explain exactly why Rachel becomes obsessed with McKenna, and I think that’s perfect; the story suggests various reasons, and they’re all correct. It isn’t entirely a same-sex crush, although that element’s in there; it isn’t just a fascination with McKenna’s up-front sexuality, though that plays a big role; and it’s only partly misplaced liberal do-gooderism, though that’s Rachel’s official excuse. (Only one of these two women is in a dire predicament and badly needs help, and here’s a hint: It’s not McKenna.) More than anything, it’s intense loneliness, along with the desire – as Rachel puts it later – to throw a bomb into the middle of her life.

But the problem with throwing bombs is that you can’t unthrow them, which is exactly what Rachel (and Soloway too) ultimately tries to do. After Rachel moves McKenna into the “maid’s room” – you know, just for a while, until she gets her act together – it soon becomes clear that McKenna’s professional services go beyond stripping. (Is it really possible that all these liberal Silver Lake women have never heard the term “sex worker”? That strikes me as a false note.) Her face contorted with concern, Rachel earnestly coos at her: “You know, if you want to get out of that life, maybe I can help.” She’s talking about herself and her own life, of course, and in that moment Rachel’s alleged concern for McKenna feels predatory or parasitical. She has little regard for McKenna’s actual needs and desires, viewing her as a symbol or signifier, a narcissistic window into alternate realities, a way to destroy her own marriage in order to save it.

For most of “Afternoon Delight,” Hahn’s screen-commanding performance is irresistible, the ensemble around her is terrific (even if Jeff and the other husbands are distinctly afterthoughts) and Soloway’s writing is sharply observant. Temple gives a lively performance as a character who remains fundamentally cryptic, but even as it begins to tread more familiar ground the movie never resorts to hooker cliché: McKenna is neither a hollow-eyed, abused junkie nor a ferocious feminist avatar. There are two potent and ambiguous scenes between Rachel and McKenna that hint at the anarchic sub-surface possibilities in this story, but in the end Soloway is making a conventional marriage comedy designed to reassure its female audience, not a genre-busting fable of liberation. She’s a little too smart for that, arguably, which may be why the end of “Afternoon Delight” feels hurried and unconvincing. Still, we badly need her making movies, and I can’t wait to see what she’ll do next.

“Afternoon Delight” is now playing at the Sunshine Cinema in New York and the Landmark in Los Angeles. It opens Sept. 6 in Atlanta, Chicago, Dallas, Denver, Detroit, Houston, Philadelphia, San Diego and Seattle; and Sept. 13 in Boston, Charlotte, N.C., Knoxville, Tenn., St. Louis and Washington, with more cities to follow.