Why end a child's cancer treatment? 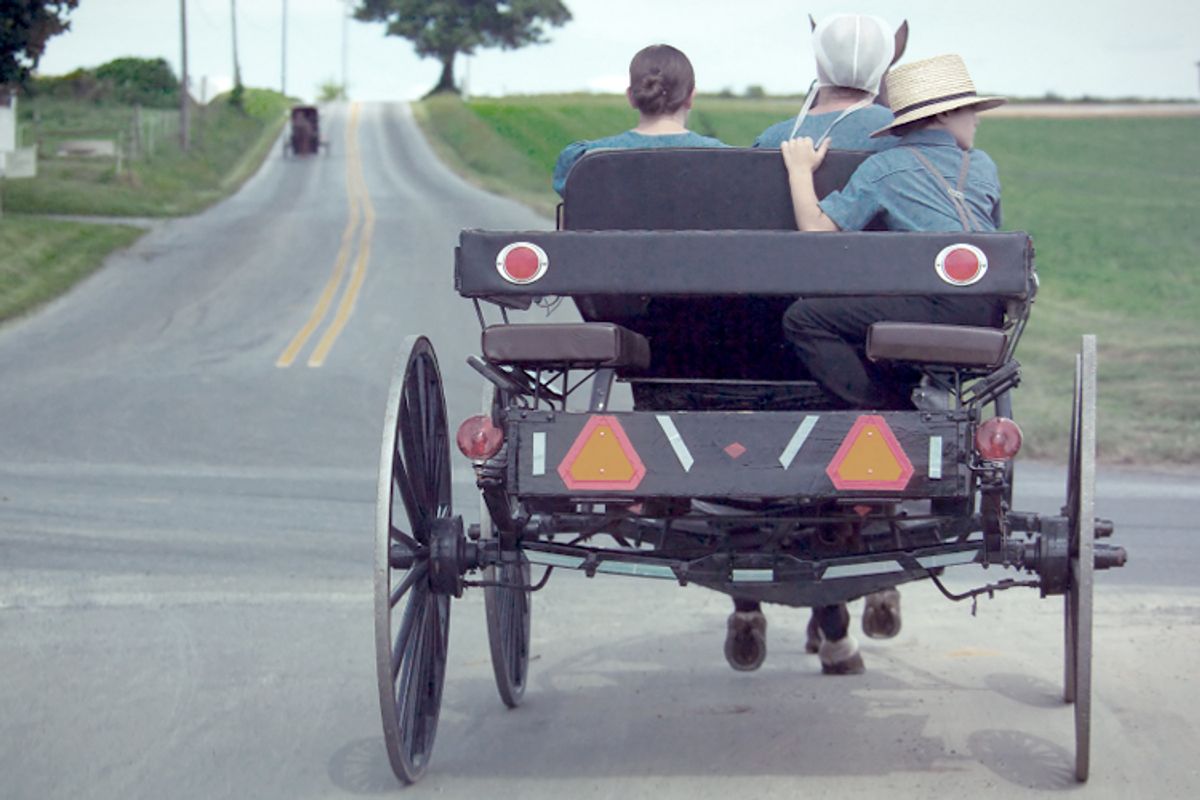 "This isn’t the way it should be," the girl's father said. And a judge agreed. On Tuesday, Judge John Lohn ruled against the Akron Children's Hospital in its request to have a registered nurse assume limited guardianship of a 10-year-old Amish girl with lymphoblastic lymphoma -- and whose parents have declined chemotherapy.

Sarah Hershberger's medical team asserts that her condition is treatable and chemo is necessary. But her family, who operate a produce stand in Medina County, say that "after a great deal of prayer" they have chosen to move her to a different doctor and to treat her with natural medicines. They have also said they're not ruling out bringing the child back to the hospital in the future. It's a wrenching case. And it's the right decision.

There's a strong temptation, especially in a story involving a seriously ill young child and a culture that eschews many of the trappings of modern life, to desperately want to intervene. And if this were a story about some self-righteous anti-vaxxers or parents who, out of some superstitious belief, refused to ever take their kid to the doctor, I would be all over it as a tale of negligence. But from all appearances, this is instead a story far more complex -- and compassionate. Hershberger's family began a two-year course of chemo for the girl last spring, but ended a second round in June because they said it was making her too sick. Her father, Andy, says that she "begged" her parents to let her stop. In a statement, the hospital said, "This case is about children's rights and giving a 10-year-old girl an 85 per cent chance of survival with treatment." But in his ruling, Judge John Lohn said, "They are good parents. They understand completely the grave situation their daughter is in and the consequences of their choice to refuse chemotherapy for Sarah at this time.''

Without knowing the specifics of Hershberger's case, I can say that I wish her doctors and family had been able to work out a more hopeful compromise. But reading her story, I thought immediately of my friend Will, who went through a sudden leukemia diagnosis and aggressive treatment and who, when faced with a rapid recurrence, likewise made the choice not to continue with conventional treatment. I think of talking to him at our local cafe a year ago, of holding his hand as he cried and said, "I can't go back there." I think of how beautiful he was right before he died, and how inspired I am by him still, every day.

There is considerably more to healing than fixing people, and I wish to God more members of the medical community truly understood that. How can they see everything they see and not? I think of the phone conversation I had with a friend with cancer, of hearing her sobbing because she was in so much agony from her treatment, and it enrages me that her doctors shrugged and told her if it got bad enough she could go to the emergency room. I think of what it's been like to talk to a college-age kid who's endured Interferon and vows, "Never again."

A few months ago, I was at an event with one of my cancer doctors. He's a brilliant researcher and compassionate healer. He's a big part of why I'm alive today. And because I have the publicly released data on my clinical trial, I know damn well he has seen a wide spectrum of results for people with my condition. So I was surprised, when I asked him sincerely what happens to patients who don't respond to treatment, at his response. "Well, we often have success with another protocol," he said cheerily. "No," I pressed, "I mean what happens when it doesn’t work? What is it like, for the patient? What happens in the body?" "There's always something we can try," he answered, at which point I just started laughing. "You can't tell me what it's like when it's not going well," I said. "You literally cannot do it." It seemed to me the most absurd thing in the world, coming from a man who has seen a whole lot of suffering.

I want doctors to take the suffering seriously. I want them to look at it and understand it and get it through their heads that the pain profoundly informs our choices. I want more states to embrace Death With Dignity Acts, (there are currently only three) instead of combatively sustaining a heartbeat at all costs.

Believe me, survival is great. I couldn't be a bigger fan. But if you think that's the only goal of treatment, you suck at your job. When doctors assume patients will do whatever it takes just to wring out a little more time, they vastly underestimate us. I know the choices I've had to make for myself, the scars and pains I've borne, the times I've wondered how bad it would have to get to say, "No more." And I thank God I never had to make those choices for my children. I wish Sarah Hershberger a long and healthy life. But more than that, I wish that all of her days are as painless and peaceful as possible.