The future of salmon is farming

Once thought of as an environmental disaster, cultivated salmon is becoming a more responsible product 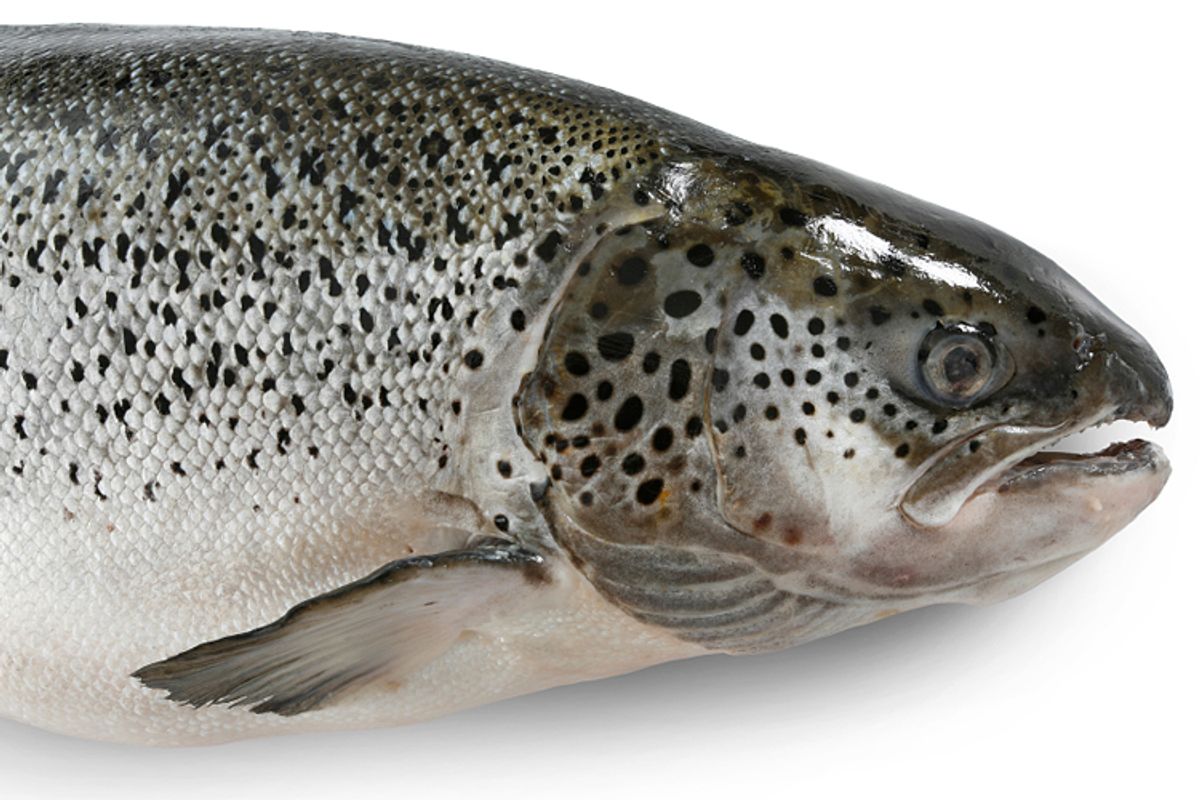 You know farmed salmon has a bad reputation when even the neo-Nazi meth cooks on “Breaking Bad” look down on it. This week the crew looked to inferior fish to solve a product problem: drugs that were literally a pale imitation of the premium blue stuff.

“Hell, we’ll put food coloring in it,” they decide. “Like they do farm-raised salmon. I mean, Jesus, do you ever see how pink they make that crap? ... It sure as hell don’t come out the ocean looking like that.”

Eating fish responsibly can be confusing. But as even our friends on “Breaking Bad” seem to know, one of the few ironclad rules has been: avoid farmed salmon. Atlantic salmon is always farmed, and farmed fishing is, in the words of Food and Water Watch, “dirty, unsustainable and inefficient.” So don’t buy Atlantic. You don’t even need a guide to remember that, although Monterey Bay Seafood Watch says:

Most salmon are farmed in open pens and cages in coastal waters. Waste from these farms is released directly into the ocean. Parasites and diseases from farmed salmon can spread to wild fish swimming near the farms and escaping farmed salmon can harm wild populations. As a result, all salmon farmed in ocean net pens get an "Avoid" ranking.

Farmed populations also pose a human health risk. They’re higher in fat and lower in omega-3's than wild varieties, and may contain high levels of toxins.

"However,” the guide continues, “some salmon farmers are making changes to improve their practices." This summer, 15 farmed salmon companies from around the world announced the formation of the Global Salmon Initiative (GSI) to create industry-wide reform. If they succeed, farmed salmon might not only become a good choice -- it could be the thing that saves wild fish.

Farmed fish, or aquaculture, is the future of seafood. Very soon, human consumption of farmed fish will surpass that of wild-caught species; as more than one expert I spoke with pointed out, seafood consumption is on the rise, and the human population is still growing. Wild-caught fish won’t be able to feed us all for long.

Aquaculture, as it’s widely practiced, is easy to vilify as one more thing destroying the environment and depleting natural resources. But despite this bad rap, there's nothing inherently wrong with it. The industry's greatest sin lies in its youth, said Jennifer Dianto Kemmerly, director of the Monterey Bay Seafood Watch program. "Fisheries have been going on for thousands and thousands of years,” she told me. “Industrial-size aquaculture is just a new industry, and it maybe had some growing pains as it scaled up to meet demand."

Regulations are only starting to catch up. In 2011, the Aquaculture Stewardship Council (ASC) formed and began handing out certifications to sustainable aquaculture operations; salmon will only be the third species eligible for such recognition.

“This is something that probably should have been done 10 years ago,” said Alf-Hedge Aarskog. Aarskog is the CEO of Marine Harvest, one of the largest salmon farming companies and a signatory to the GSI. But it’s only as the industry has expanded through the world, he explained, that its leaders have recognized how they’re all facing the same challenges. “We know that we are all farming fish in the same waters, impacting each other,” he said. The industry, in other words, has become mature enough to see the big picture, and to finally address the problems that have been worrying environmentalists for decades.

Already, a small operation unaffiliated with the GSI became the first to receive Monterey Bay’s yellow light, or “good alternative” rating. Verlasso is a young fishery that got started in 2006. It was founded, director Scott Nichols explained, in direct response to the environmental problems plaguing bigger aquaculture operations. As such, it got a bit of a head start on reaching a higher standard of sustainability.

As the majority of farmed salmon moves toward sustainability, we’ll need to amend the way we think of aquaculture. Jason Clay,  senior vice president of market transformation for WWF-US, said a lot of what we think we know about the salmon industry – such as the idea that farmed salmon require 10 times more feed than their wild brethren – no longer holds true. The current “farmed is bad, wild is good” mind-set may no longer be productive.

Of course, consumers should be aware that aquaculture isn’t yet near where it needs to be. When we spoke about seafood guides, Kerry Coughlin, of the Marine Stewardship Council, reminded me that consumer pressure can push industry toward more sustainable practices.

In one respect, promoting wild-caught salmon lets the industry know that responsibly raised seafood is in demand. The same people who can afford to be picky about not buying clothes produced in sweatshops or produce grown with pesticides may direct their money toward more conscionable fish. But we also need food, period – enough to feed a growing planet. “Two years ago, global aquaculture production surpassed the planet’s beef production,” said Clay.

For now, aquaculture can still feel like a necessary evil. If you have a choice, it’s better to eat wild. But farmed salmon could go from being a problem to being a solution. “We'd like to change people's perception that aquaculture is bad," said Kemmerly. "In fact, aquaculture is necessary.”