No, marriage does not imply consent 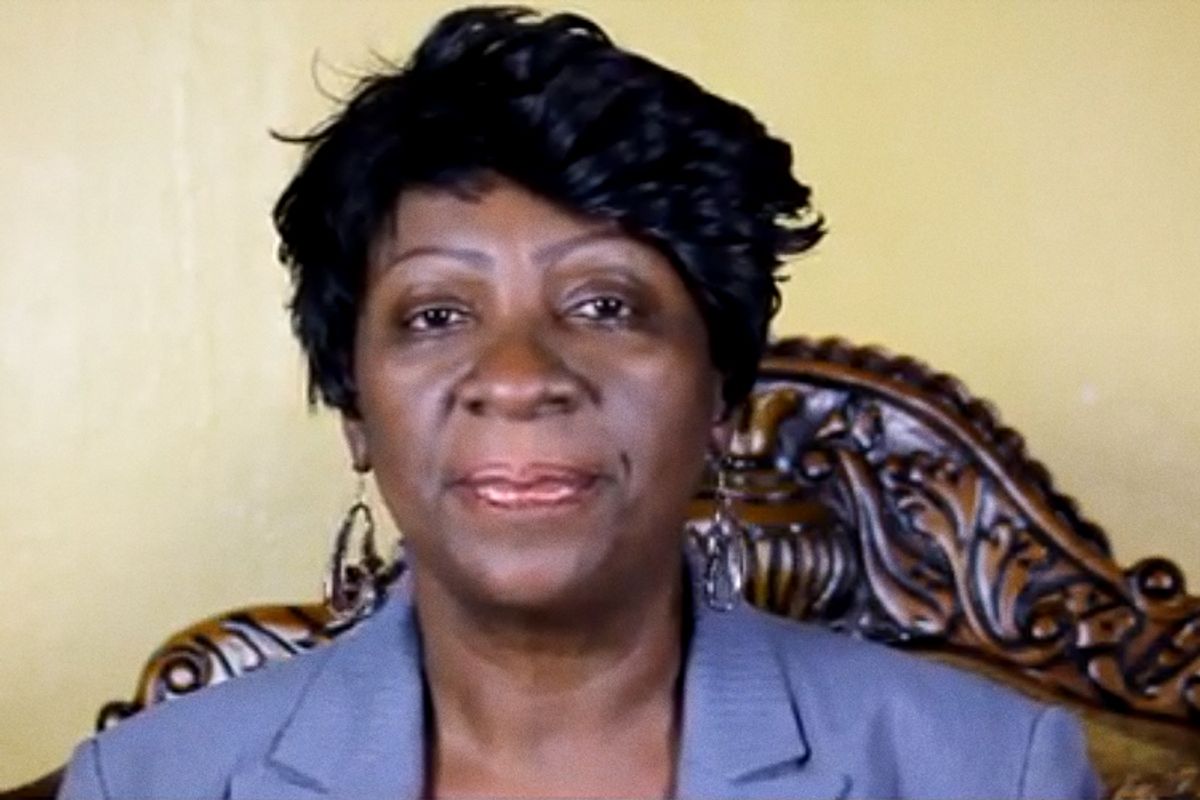 Virgin Island Sen. Alicia "Chucky" Hansen says that she is "not a 'no' person." And that, she explained this week, is why she has a hard time understanding how a person could possibly be raped by a spouse.

As the St. Thomas Source reported Tuesday, the comments came during a debate over the wording of a bill that would "add protections for spouses, men and women, who are the victims of actions that constitute rape or unlawful sexual contact in aggravated domestic violence instances." The proposal would strike the phrase "not the perpetrator’s spouse" to the current definition of aggravated rape, rape in the second and third degree and unlawful sexual contact, a loophole that the bill's sponsor Sen. Sammuel Sanes calls "an embarrassment in this day and age." The Source reported that before voting against it, Hansen declared she didn't get it how a wife could be raped by a husband, explaining, "If it is forcefully against the will of a spouse then that is a problem. But if a woman says no and he still wants something, I don't know how you can call it rape. Maybe because I am not a 'no' person, I don't know." It says she added, "Some of them just like it. They are the ones that need to be educated. I don't want to describe who they are, nationality. If the man don't hit them, they say the man don't love them."

Hansen is sadly not alone in her inability to grasp that forcing yourself sexually upon another person – even a person to whom you are married – is a crime. Just earlier this year, Washington state moved to remove the spousal exemption for third-degree rape and "indecent liberties." And this week, the Associated Press reported the results of a survey of 10,000 men in Bangladesh, China, Cambodia, Indonesia, Sri Lanka and Papua New Guinea – by declaring that "About one in four men in some parts of Asia admitted raping a woman, according to the first large studies of rape and sexual violence. About one in 10 admitted raping a woman who was not their partner." The survey asked the men if they had "ever forced a woman to have sex when she wasn't willing or if they had ever forced sex on someone who was too drunk or drugged to consent," and, as the AP explained, "Scientists concluded between 6 to 8 percent of men raped a woman who wasn't their partner. When they included wives and girlfriends, the figures were mostly between 30 to 57 percent." (The original AP headline, "Study: 1 in 10 Men in Parts of Asia Have Raped" has now been changed to "Study: 1 in 4 Men in Parts of Asia Have Raped.")

It's clear from the findings that there are plenty of men out there who take for granted that forcing sex upon a partner is something that comes with the territory, that it's a different class of behavior. What's depressing is the way the AP's reporting on the survey results serves only to reinforce that very idea. As L.V. Anderson writes in Slate, "Many people still think that 'rape' means 'stranger rape.'" But the American Bar Association estimates that "nearly 25% of women and 7.6% of men were raped and/or physically assaulted by a current or former spouse, cohabiting partner, or dating partner/acquaintance at some time in their lifetime." So here's a tip to remember, whether you're a journalist or a senator or a person in a relationship: Raping a person who is your partner is called rape.