A cancer patient wants a lifesaving treatment -- and is refused 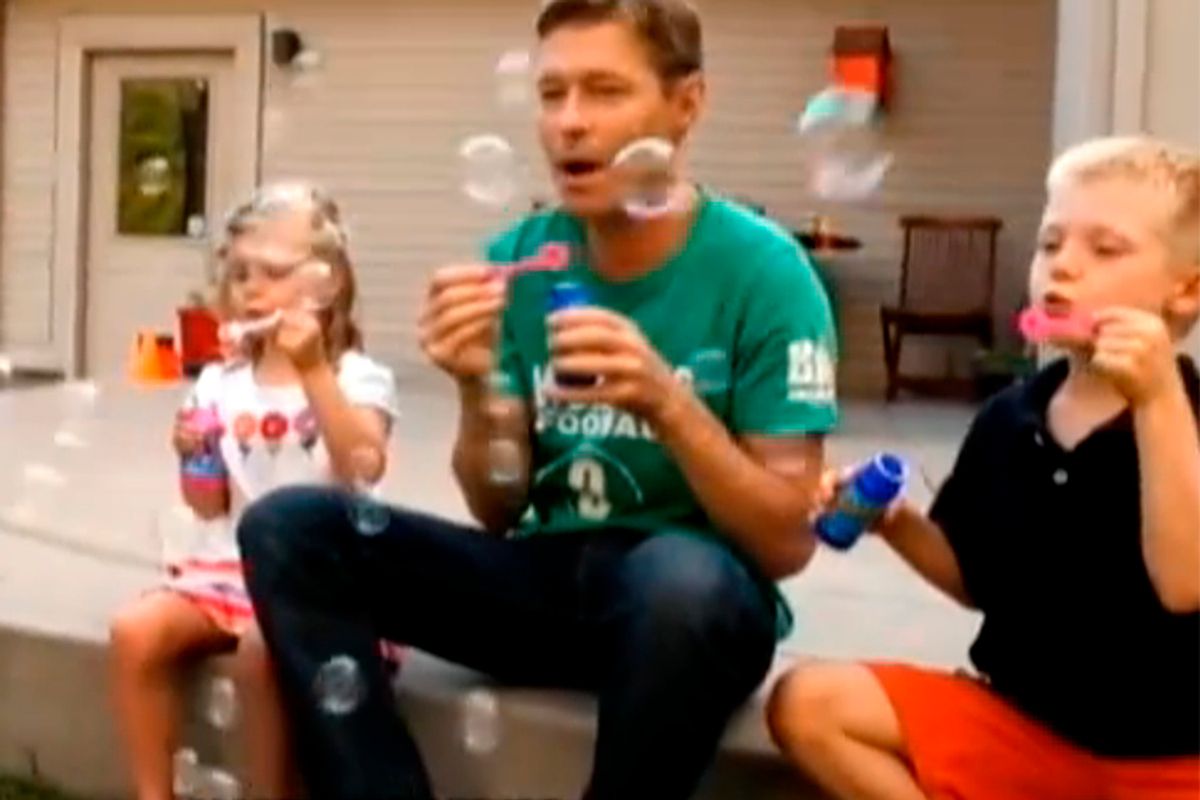 Two years ago, Nick Auden was given a terrifying diagnosis of Stage 4 melanoma. Since then, the 40-year-old Denver father of three has fended off the disease with radiation and experimental treatment, but his condition has now reached a place where time is running out. There is, however, a treatment available right now that might save his life -- he's just not allowed access to it. Just hours after being accepted into a promising clinical trial in July, he experienced a complication and was immediately disqualified. Auden's doctors now say, "This is the end of the road."

But Auden and his family aren't giving up that easily. They've launched a "Save Locky's Dad" campaign to pressure Merck and Bristol-Myers Squibb, both of whom are developing the promising immunotherapy treatments Auden hopes will save his life, into granting "compassionate use" access. Speaking to ABC News Friday, Memorial Sloan-Kettering's Dr. Jedd Wolchok said, "This kind of medicine is not the kind of medicine that if it works, it works for a few weeks and stops working. If medications like this work, they tend to benefit people for months or years. Some people might even be 'cured.'" Wolchok would know. I'm one of his patients on the medicine who's had a complete response.

It's all too easy for me to imagine what Auden and his family are going through right now. Like him, I was diagnosed with malignant melanoma in 2010. Our rediagnoses, this time at Stage 4, came within days of each other. A Phase I immunotherapy clinical trial was my last best hope. I know the terror of wondering if I'll get to watch my kids grow up, the fury at being so cruelly betrayed by my own body, and the excruciating process of trying to prove I'm sick enough to qualify for a trial and well enough to endure it. I know side effects and spiked fevers and the fear of getting kicked out. The agonizing difference between Auden and me is that I was able to stay on in my trial long enough for it to work – and work "remarkably."

Auden is just one example of a patient trying to get the drug companies to give him a shot at a yet unapproved course of treatment. CBS News this week revealed the story of Andrea Sloan, an Austin, Texas, woman with ovarian cancer who was refused compassionate use access to an experimental drug because the pharmaceutical company told her, "We do not know yet whether it works, and in whom it works."

Not long ago, I gave a speech at a drug company that had asked me to speak to their researchers about the patient experience. Afterward, when I talked to some of the scientists who are working every day to develop treatments for Alzheimer's, lupus, various cancers and more, they told me how often frustrating the work is, how fraught with disappointment. They also told me how difficult it frequently is finding candidates for their drug trials. And while I know full well that my experience was nothing short of miraculous, I also know that that miracle should be accessible to more people. We currently have trials plodding along because they can't recruit enough candidates, and we have desperate patients begging for access to those same drugs. That's absurd.

Nick Auden knows what he's facing with Stage 4 melanoma. "Some people survive, 90-odd percent don't," he says. And a still developing treatment might, unfortunately, not work for him. My trial, which is considered a runaway success, produced results in a whopping "nearly one-third" of the patients. But there's almost no course of treatment that's a guaranteed success. FDA approval does not mean it's going to work on you and your disease. It doesn't mean you aren't going to have side effects, even potentially fatal side effects. That's what those full-page magazine ads full of tiny, tiny print are for. When I got into my trial, I had to sign a 27-page waiver. I took the risk, because I was allowed to. Let others take the risk.

I don't know what's going to work for anybody else, but we need a better system for bringing promising treatments to the people who need them and are willing and eager to take the leap of faith with them, right now. Because the promise of FDA approval in five or 10 years doesn't work for anybody who doesn't have five or 10 years. The day I got on my drug combination, I won the lottery. And I want more people like Nick Auden to at least get a ticket.