Christopher Jackson bragged about assaulting previous girlfriends in the same way, according to court documents 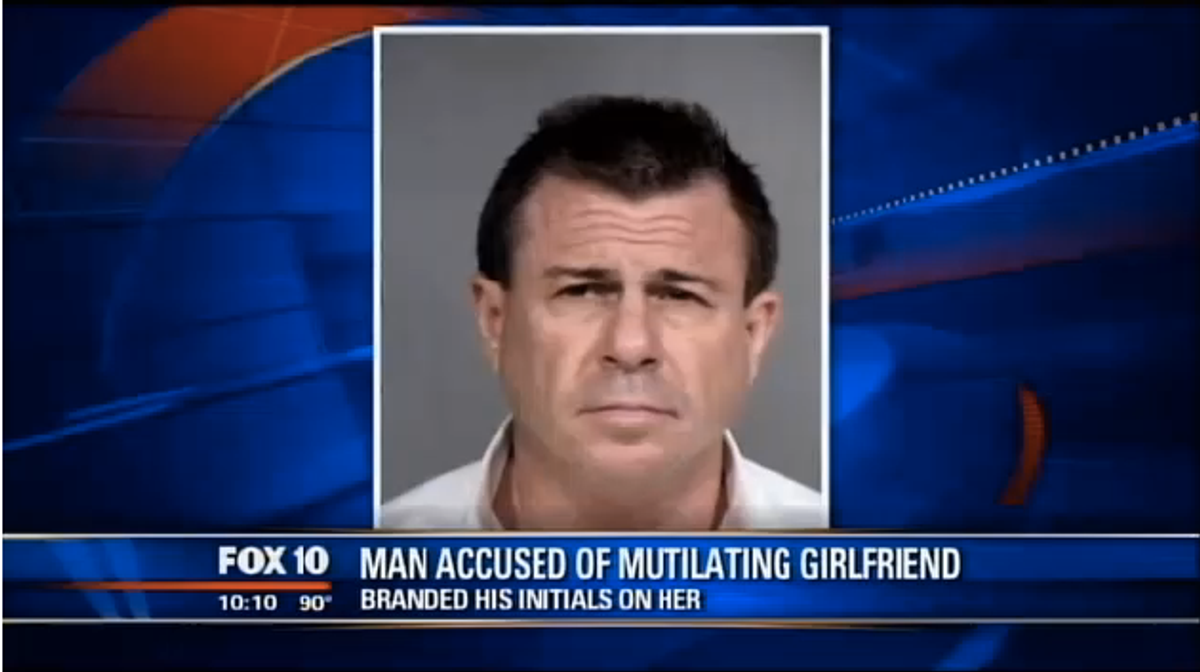 An Arizona man was recently arrested for branding his initials on a woman's body while she was unconscious, police say.

According to court documents, Christopher Jackson used a branding tool and a butane torch to burn the initials "CJ" onto his (now ex-) girlfriend's "vaginal area."

The alleged assault happened in May, but Jackson's victim was too fearful to come forward about it until recently. Police say the mark of the abuse is still "clearly" visible on the victim's body, and they were able to uncovered the branding tool and butane torch after searching Jackson's apartment.

More from the Phoenix News Times:

The woman told police the two of them went to a baseball game together, and after the game, Jackson wanted to go dancing. The woman told Jackson she was too tired to do that. He "offered her a pill to energize her," according to court documents.

She woke up in Jackson's bed in severe pain, and discovered that Jackson had branded her. She said she saw Jackson with the branding equipment and butane torch, according to the documents.

The woman told police that Jackson "bragged" to her that he'd done that to other girlfriends in the past and explained to her that he wanted to do the same thing to her because "her vagina was his," court documents state.

Jackson has been charged with felony aggravated assault.