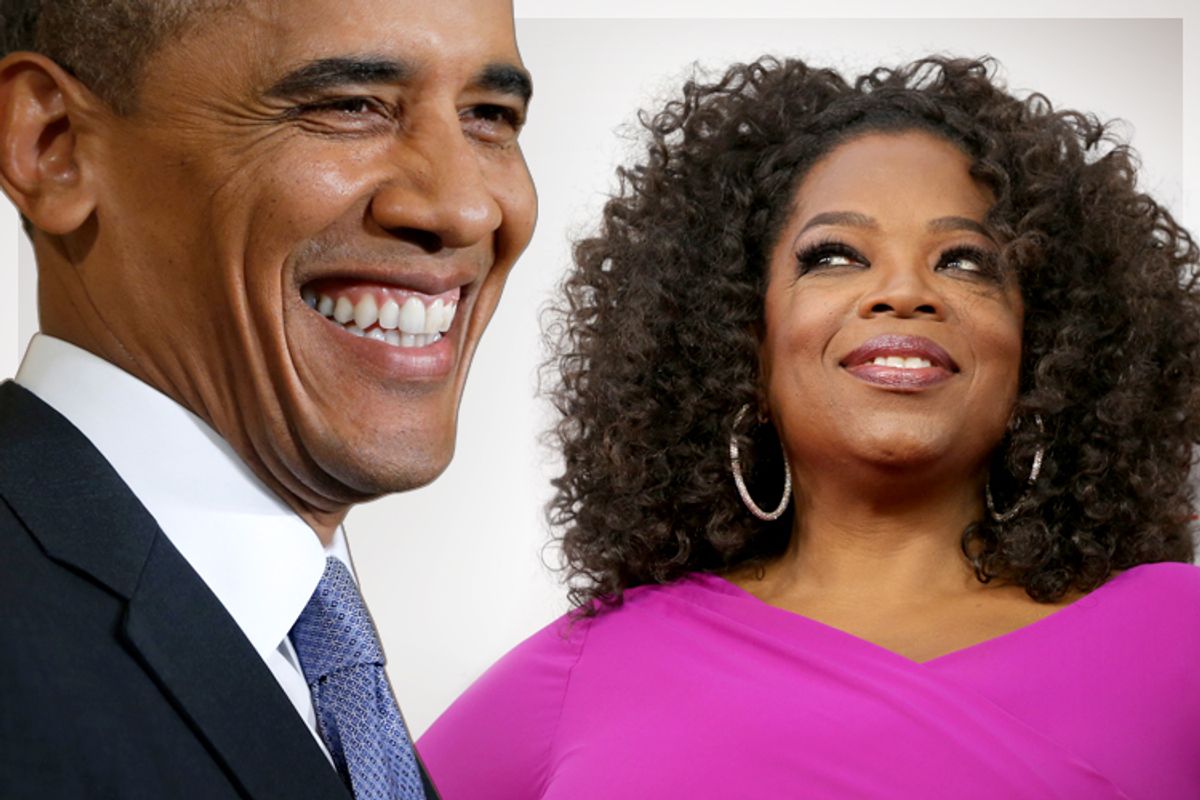 The 50th anniversary of the 16th Street church bombing in Birmingham, Ala., was sandwiched on either side by two stories of race relations that challenge our impulse to celebrate how far we’ve come.

Last week, news broke that two African-American college students at the University of Alabama, located just 50 miles west of Birmingham, were denied entry into several white sororities, at the behest, not of current sorority members who voted for them, but of older alumnae officers of the clubs. Then on Saturday, police in Charlotte, N.C., killed Jonathan Ferrell, a 24-year-old unarmed African-American man.

Ferrell, who apparently had wrecked his pickup truck, ran to the first home for help, only to have the door slammed in his face by an elderly white lady who alerted the police that he was a home invader. When they arrived, he ran toward them, only to have Officer Randall Kerrick, the only officer to draw his weapon, shoot him down like a rabid dog. Kerrick has been charged with voluntary manslaughter.

This senseless, needless murder of Ferrell harkens back quite directly to the events of Sept. 15, 1963, a day where six black children lost their lives. In addition to the four girls killed at 16th Street, a 16-year-old boy named Johnny Robinson was shot in the back by a Birmingham police officer that day for allegedly throwing rocks at white cars. Perhaps the mark of progress is not that black men and boys are now allowed to live and move freely, but that the state-sanctioned vigilantes who take their lives at least get charged with the crimes.

And lest we fall into the fallacy of telling ourselves that any elderly woman would have shut the door on any football-player-size man, no matter their race, let us not forget the story of Glenda Moore, an African-American nurse, wife and mom who lost her 4-year-old and 2-year-old sons during Hurricane Sandy, when white homeowners in the neighborhood where her car was flooded refused to let her in or call 911 after hearing her frantic knocking and screaming for help. Her sons were swept away in the flood.

Set alongside this taking of black life – loss is too passive a term in either case -- the woes of a black would-be sorority girl seem utterly frivolous by comparison. Yet the University of Alabama also celebrated the 50th anniversary of its storied desegregation this year. It seems shocking that integration stories still matter 50 whole years after the first one took place.  And it is heartening that several current white sorority members were so incensed by the edicts sent down from their higher-ups, that they named names and expressed disgust that their attempts at progress were being blocked.

However, as I read the accounts, I found myself feeling skeptical. For three years, from 2009 to 2012, I was a faculty member at the University of Alabama, before I was recruited to my current position. I had a largely positive experience working with both faculty and students on the campus, but I did not find the couple of hundred that I taught to be particularly progressive or forward thinking about race relations, in my courses where topics about race and gender diversity were critical subject matter.

Perhaps things have shifted dramatically in the year since I left.

However, one striking thing about the racial discourse that we should pay attention to is this: At least one of the young black woman in question here fits a narrative of black racial exceptionalism to a tee. She has impeccable academic credentials and as a member of one of Alabama’s most prominent black families, she has pedigree. Could this student be attractive to these white sororities (on a campus that has many prominent African-American sororities), because she is perceived to be “unlike other black people”?

While I think her white counterparts are sincere in their desire to have her join their sororal ranks, I remain unconvinced that their impassioned defenses of her and desire for integration actually challenge the fundamental kinds of racial logic that lead to segregation in the first place.

Exceptional black people like Barack Obama, Oprah Winfrey and Michael Jordan do break down barriers, but they don’t signal broad systemic changes. The fact that we are only talking about two brave black sorority girls knocking down yet another door, 50 years after the first black people were allowed to become students at the university signals just how incremental the changes are.

We live in a world where brown people are viewed as threatening terrorists, never mere citizens: That is true whether we are speaking of a disoriented, scared 20-something who has just survived a horrendous car wreck or a beautiful Indian American woman who has been crowned Miss America. This was just as true 50 years ago.

When it comes to racial progress, it is clear that America will “not go gently into that good night.” We are a place of the changing same.