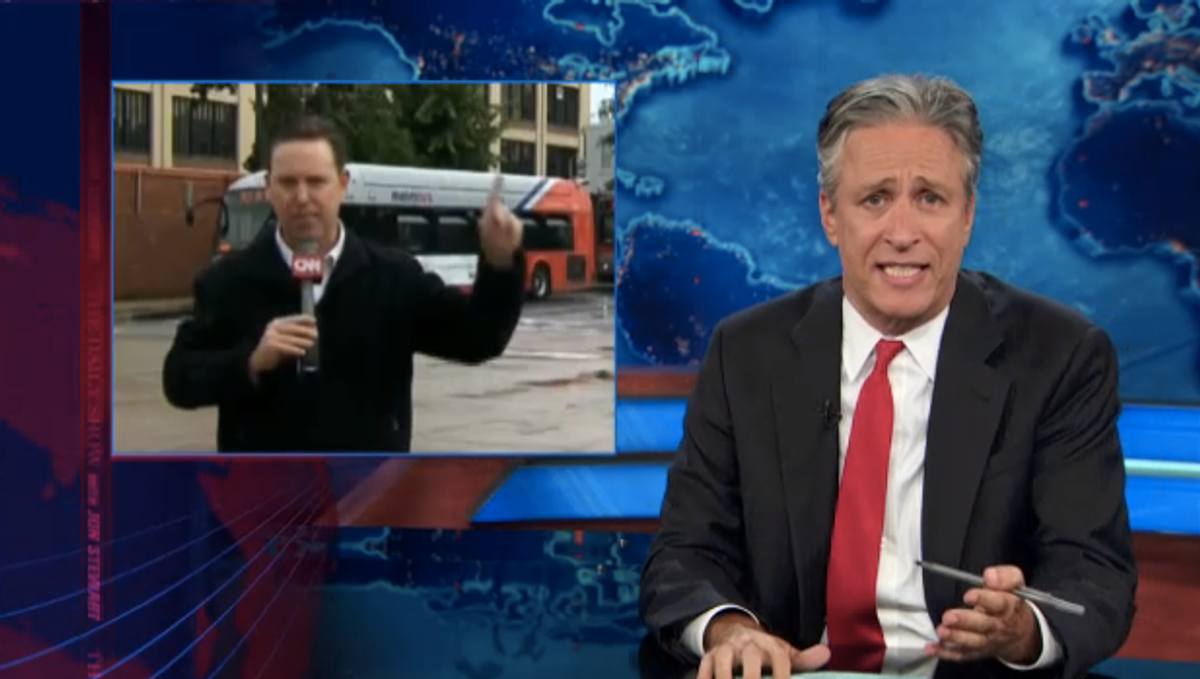 In a brilliant segment on last night's "Daily Show," Jon Stewart pointed out that in moments of crisis, such as Monday's Navy Yard shooting, pundits on cable news outlets stop yelling at each other and prove their societal worth by offering context and real-time updates to tragic, breaking news. This is, after all, the one redeeming quality of cable news.

Or ... not. Playing off of SyFy's B-movie "Sharknado," Stewart hosted "Wrongnado," a segment about America's second most unreliable television network, CNN. Latching onto their favorite word, "speculation," CNN reporters roamed streets around the shooting hypothesizing about the height of buildings and looking at vehicles on the street. "None of those are breaking news developments," said Stewart. "You're just standing in front of a camera naming shit you see. It's not anything! It's like walking down the street with a 5-year-old. 'Powice cah! Fiya hydwant!'"

But never fear! The journalists of The Best F#@king News Team Ever were on the case, too, with stellar reporting that put CNN's to shame: