"We Are What We Are": Christian cannibals haunt the backwoods

In an ingenious American remake, a gruesome horror film becomes an indie mood piece on the dangers of religion 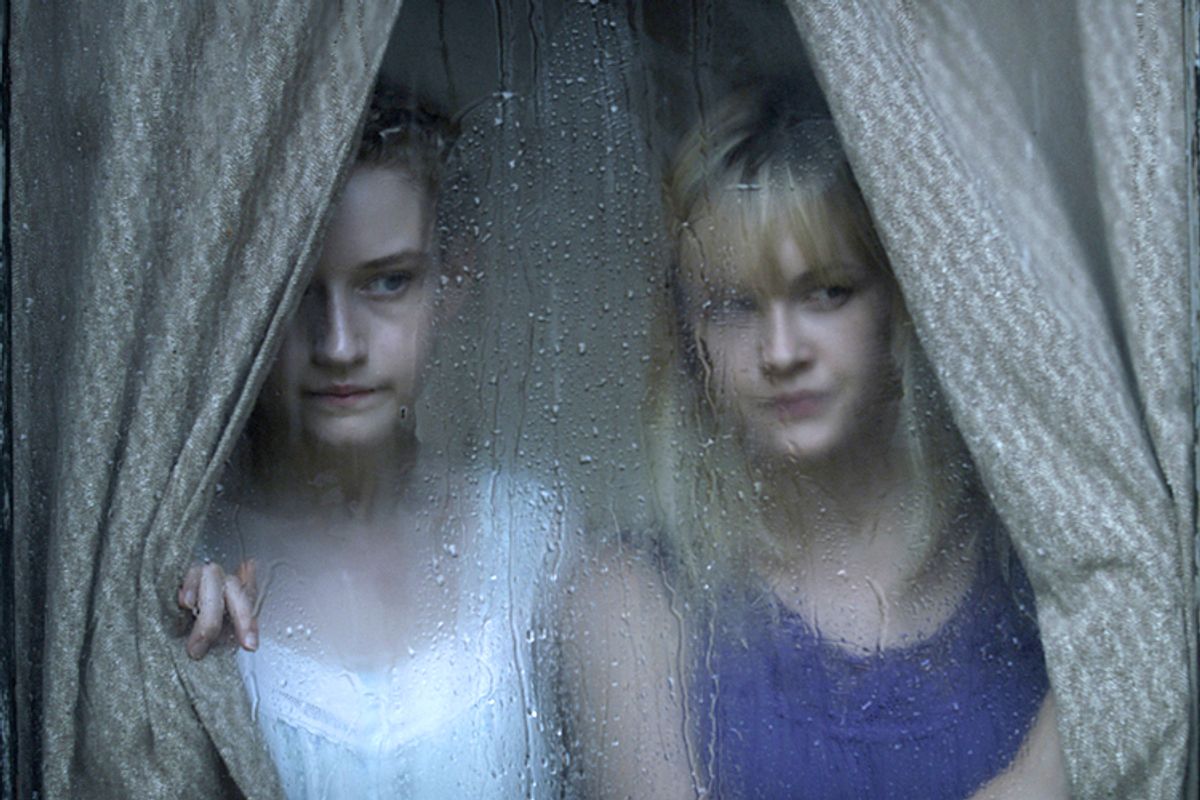 Rural America is, or once was, practically infested with weird dead-end religions, mostly half-forgotten offshoots of evangelical Protestantism with roots in the Second Great Awakening of the 19th century. Most have now evaporated, either into obsolescence or the suburban megachurches. The Shakers are gone now (banning sexual intercourse, in retrospect, was a mistake), the Amish are too hip to be bearable, the Mormons have abandoned the apocalyptic jam-canning and moved into the executive suite, and the snake-handling Pentecostal congregations of Appalachia are down to a few hundred people, at best. Everybody else abandoned theology for pure spectacle and nutso politics.

In repurposing the Mexican horror film “We Are What We Are” (“Somos lo que hay” in the 2010 original) for an American remake, writer-director Jim Mickle channels this half-appealing, half-evil vernacular tradition, positioning the cannibal cult family in his story as Bible-believing Christians after their own particular fashion. So in the course of a potent Gothic about a backwoods family who kidnap and eat people, Mickle – who also made the excellent zombie-vampire epic “Stake Land” – actually manages to make you feel nostalgic for a nation not yet conquered by reality TV, where every village harbored its own eccentric path to salvation. It’s a neat trick, to say the least, and one could say the same about this strange but alluring film, which begins as an arty and lugubrious Americana mood piece and concludes in an orgy of gruesome carnage. Horror fans may well find the setup too slow and boring, while indie-film buffs will need intense medication afterward.

Frank Parker, played by the charismatic character actor Bill Sage (whom you may have seen on “Boardwalk Empire” and “Nurse Jackie”), is a forbidding but not unloving backwoods dad in central New York state. Picking that flood-battered region was a stroke of genius, by the way – the western Catskills remains one of the emptiest and most isolated areas of the Northeast, and all sorts of weird stuff happens there – but I’m almost 100 percent sure the movie was shot elsewhere. Frank’s family still clings to the customs that emerged (as we eventually learn) during an especially bad 18th-century winter not long after the area’s first white settlement, but he’s smart enough to understand that the modern world is impinging, and things won’t remain the same forever.

Frank’s wife, Emma (Kassie DePalva), has died suddenly on a shopping trip into town (where she purchased large quantities of rope), leaving Frank alone with his teenage daughters, Iris (Ambyr Childers) and Rose (Julia Garner). Much of the mystery and tension of “We Are What We Are” hovers over these two girls, torn between a yearning for ordinary teenage experience and loyalty to Dad. Even though we already get what the family’s secret deal is, this part of the movie is delicate character drama, with almost no reference to the horror vernacular. This isn’t officially an earnest story about incest or child abuse, but it works in almost the same way: Childers and Garner give extraordinary performances as lovely young women trapped by a family secret they cannot quite escape.

Meanwhile the town’s avuncular family physician (Michael Parks) has become intrigued by the question of how and why Emma died so unexpectedly, and whether she suffered from a brain disorder most commonly found among certain native peoples of the New Guinea rain forest. He sends a handsome young deputy (Wyatt Russell), who has his own reasons for visiting Iris, out to look around the Parker place, where a suspicious number of unexplained bones and teeth keep turning up in the creek. And all this has to happen, of course, during the Parker family’s most important annual ritual, when they abstain from food for several days in preparation for something called Lamb’s Day. Which does not involve a lamb.

“We Are What We Are” is mostly not terrifying, offers almost nothing in the way of traditional horror-movie shocks and jolts, and does not get bloody until the last 20 minutes or so. (At which point, whoo-boy.) It’s a sinister, wistful and even sad portrait of one family that has followed the insanity and bloodthirstiness of American history into a dark corridor with no exit. There’s a hint of Terrence Malick (or David Lowery, of “Ain’t Them Bodies Saints”) in the often-gorgeous photography of Ryan Samul, and a hint of Shakespearean grandeur in Sage’s portrayal of a dignified and honorable American father infused with an ideology of madness. I’m pretty sure I’ve never seen an exploitation film played so effectively as human tragedy.

“We Are What We Are” opens this week at the Sunshine Cinema in New York and the Nuart Theatre in Los Angeles, with wider release to follow.

Christianity Horror Jim Mickle Movies Our Picks Our Picks: Movies Religion Thrillers We Are What We Are