Is surgically altering an autistic boy's voice cruel or kind? 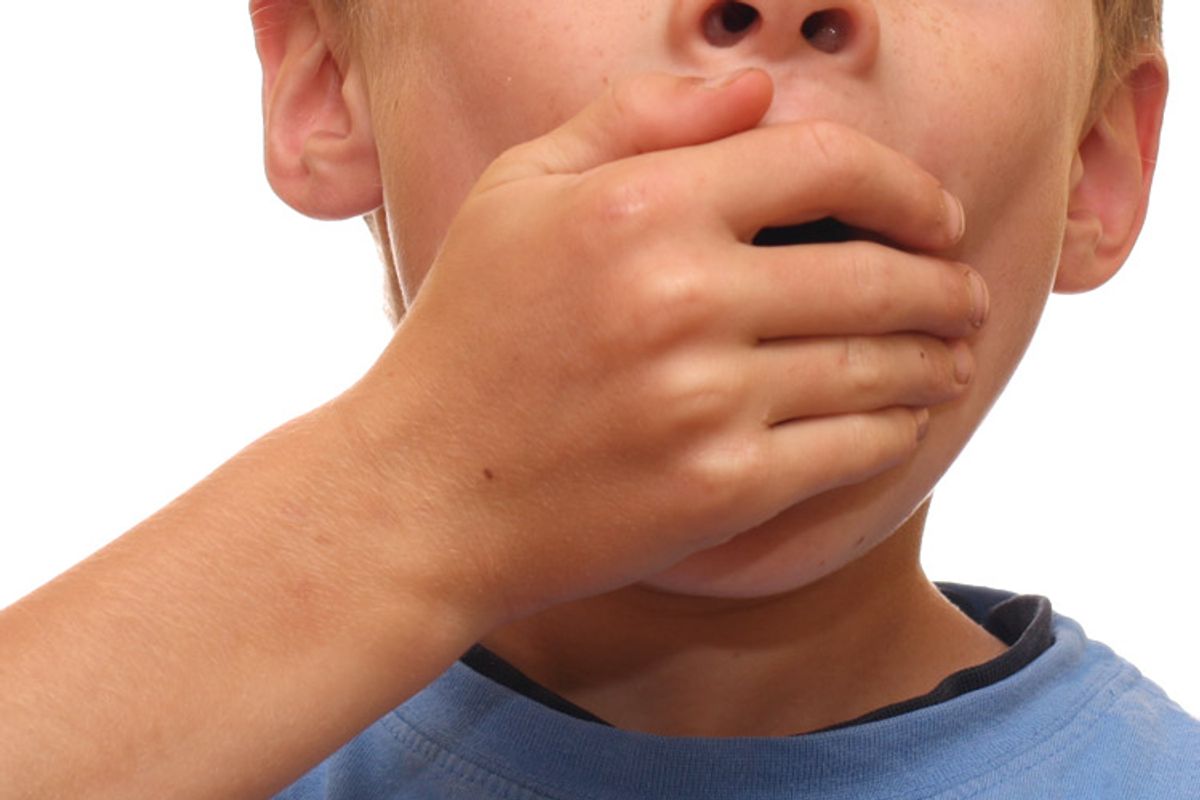 Two years ago, Vicki Hanegraaf’s son Kade was, as Dr. Seth Dailey wrote in his medical case report last March, "a 14-year-old boy with Autism Spectrum Disorder and vocal tics." The "vocal tic frequency was nearly 2,000 per day and 90 dB in volume." That's roughly the sound level of a lawnmower or motorcycle, a level at which sustained exposure is likely to cause hearing damage. A level he and his family – including his autistic twin brother -- lived with more than a thousand times a day, for three and a half years.

Yet after a procedure in which Dailey separated the cartilage in Hanegraaf’s vocal cords, the change was dramatic. "Six months postoperatively, there was 90% reduction in tic frequency and 50% reduction in intensity," reported Dailey. "Additionally, he has shown improved ability to converse with his peers, participate in school activities, and even has improved nutritional status." He added hopefully, "Reduction of phonic tic frequency and intensity may also stimulate language development in patients [on the autism spectrum]."

Yet when the story of the Hanegraaf family appeared in the Wisconsin State Journal Friday, under the provocative headline "Surgery reduces autism-related screaming," it drew a heavily divided and often deeply critical response. Was the surgery an innovative response to a deeply stressful condition -- or an ethically troubling precedent that called to mind dangerous inventions of the past? On Autistic Hoya, autistic writer and advocate Lydia Brown wrote, "There are other ways to address the issue than forced surgery... The surgery was performed because Kade was an inconvenience to his parents....This is torture."

The story first caught my eye when my friend Steve Silberman, author of the upcoming book "NeuroTribes: Thinking Smarter About People Who Think Differently" and a frequent writer on autism, pointed it out on Facebook. His opinion on the surgery was decisive and firmly opposed. When I asked him to elaborate his thoughts, he said, "Autistic people are already struggling to articulate their needs to the people around them. What if there was a fire, or they had difficulty swimming and needed to call out for help? If your kid had a problem with 'wandering,' would you surgically hobble them? Yes: parents clearly need more help and support in raising their autistic kids, and more effective and compassionate ways of coping with behavior that can cause intense stress. But treating autistic people like dogs that need to be debarked is grotesquely inhumane."

Silberman then put me in touch with Ari Ne'eman, an autism rights activist and co-founder of the Autistic Self Advocacy Network. He told Salon Friday, "The Autistic Self Advocacy Network views this surgery as profoundly unethical and bluntly are concerned that the UW Hospital approved it. Autistic people and others with communication related disabilities often use what's termed as 'problem behavior' as a way of communicating distress, anger, fear, anxiety or other important emotions that may not be easily communicated for someone without standard speech. There is a long history of family members and providers viewing these behaviors as strictly a medical phenomenon and not recognizing they're important for communication. To violate a person's bodily autonomy and damage their ability to communicate to serve the convenience of the caregiver is nothing short of horrific. We view this as similar to the Ashley X  case or the long history of involuntary sterilization, teeth removal and other inappropriate and unethical medical procedures conducted against people with developmental disabilities."

Any medical story involving an individual who cannot, because of his age or medical condition, fully advocate for himself is going to be fraught with heavy moral questions. I don't have the answers. I do know how fiercely people within the autism community have had to fight for understanding and dignity in a world that is often lacking in tolerance. I know how brutally they can be bullied – last month, a 13 year-old Canadian boy's family was sent a harassing letter from an anonymous neighbor who complained "They should take whatever non retarded body parts he possesses and donate it to science. What the hell else good is he to anyone!!!! Go live in a trailer in the woods or something with your wild animal kid!!! Do the right thing and move or euthanize him!!!"

But I also can't imagine the toll of living with that intense level of pure sound, day in and day out, on both the child and his family. And when I spoke to Dr. Dailey on Friday, one of the first things he said was, "This is a story that is extremely easy to misunderstand."

Dailey – whose own son was diagnosed with autism several months after Hanegraaf's surgery -- says the boy's family "have among the most positive outlooks of any family I've ever met" and "are active advocates for their children and leaders in their community." Dailey says the boy's family described him as being "tormented" by a phonic tic he couldn't control. "It was by their judgment deleterious to him, not to mention his brother, who is sensitive to noise, as many autistic children are," Dailey says. "It was impairing his ability to get support and get things he needed. His support train had derailed during this time because it was literally impossible to be around as a caregiver."

Dailey says that the family had already exhausted numerous options, "including behavioral strategies. He had seen a psychologist. He had tried a number of different medications. They tried Botox on the larynx. Then they were referred to me and said, 'What do we do?' I spoke with his caregivers; we talked about it as a group. The number one goal was to reduce the pain and suffering to him. What we wanted to do was preserve as much native function as possible, maintain the natural progression of his voice box, and achieve the goal of reducing the frequency and loudness. This is a reversible operation. It's something you can do and undo. You're making someone a little more breathy and less powerful. "

Now, Dailey says, "We were able to achieve all our goals. He still has a functional voice; he's able to swallow and breathe, and also it's made life easier on the family. He was able to go back to school; he was able to get more words. He's a happier kid." Dailey adds, "At the end of the day, this is about a very particular problem with a particular solution. It has to do with human suffering and being creative about it. What would have been barbaric would have been to ignore it and say, 'Sorry, see you later.'" And Vicki Hanegraaf herself told Salon that what happened to her son was "nothing short of a miracle, hand delivered to us. When you see your child tormented, hardly able to eat without screaming, with this taking over his whole life, it's unethical to let him suffer like this. When you see it trickle down to his brother, this was a life sentence. I didn't see my son smile for three and a half years. Now, he has a whole new life inside him."

The deeply complex issues around individuals on the autism spectrum require deep thought, compassion and empathy. They often require difficult and not always clear moral choices. Silberman, Ne'eman, Hanegraaf and Dailey have very different opinions on those choices, but I believe all of them are truly trying to see the ethically best thing. And though the story of Kade Hanegraaf is a tale with far-reaching implications for other families facing similar dilemmas, it's still the story of one boy, and the ongoing mission to give him a voice.