Can a new app change how we text?

CoTap wants to change the way we communicate at work 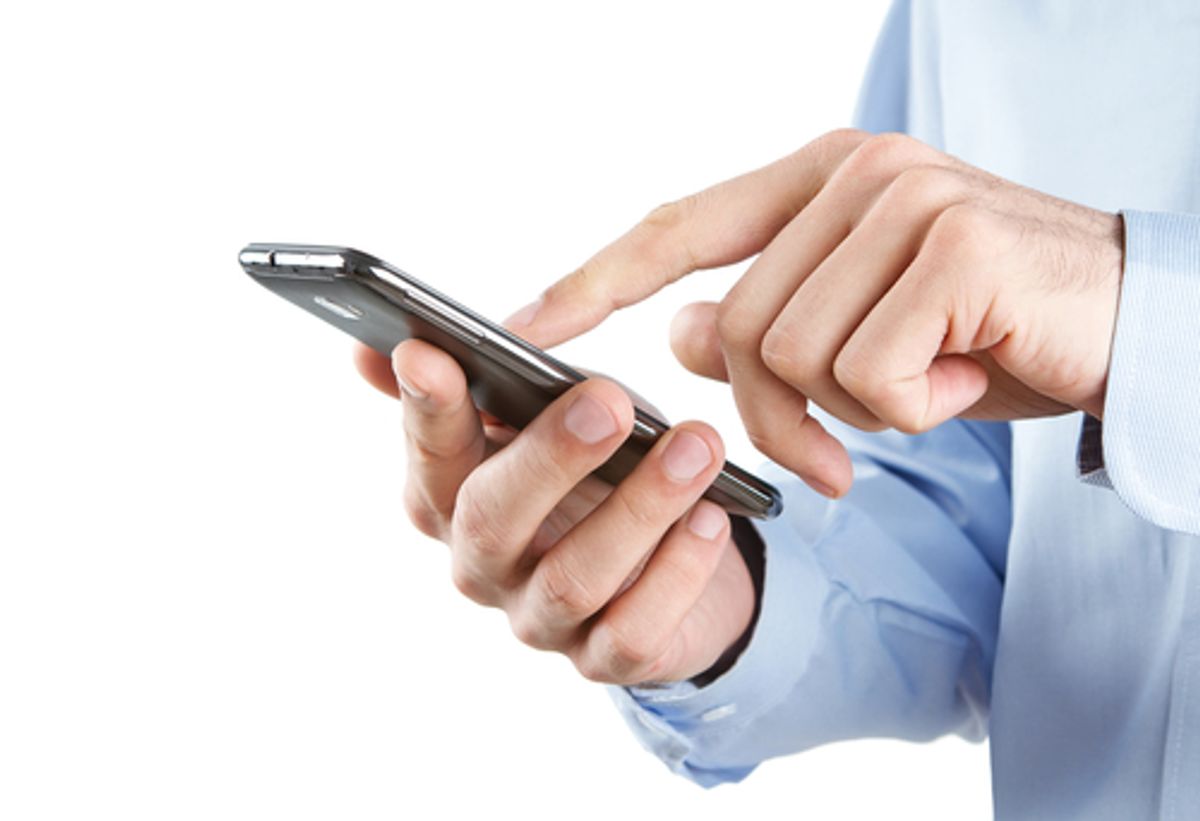 When we last checked in with former Yammer exec Jim Patterson, he was extolling the virtues of using text messaging for business. That's because his newest venture, Cotap, was poised to disrupt the way companies communicate among the ranks. Though it's been operating in stealth mode for the better part of this year, the company is officially releasing its app on iOS 7 today.

Forget web chats, emails, and serendipitous cubicle klatches. Cotap aims to make SMS the medium of choice for everything from quick updates to groups (late to meeting, be there in 15!) and extended one–on–one conversations, among the 81% of organizations that allow employees to use their own devices at work. But instead of creating a group by keeping tabs on an unwieldy list of mobile phone numbers required by the likes of GroupMe or WhatsApp, Cotap (like Yammer) just needs a work email address.

The way it works is simple: Download the app, register with your employer's email address, and immediately be connected to others in your company network. Fast Company figured the best way to test Cotap's claim was to try to have a conversation with the app. And what better conversation to have than with Patterson himself.

Unfortunately, all did not start smoothly. Fast Company's email uses a very strong spam filter, so authorization codes were getting hung up in the ether. Also, this reporter is in possession of an iPhone 4s that was recently upgraded to iOS7. This presented more than a few stumbling blocks, too, such as a sudden incompatibility with Wi–Fi, a freezing screen, and any app shutting down for no apparent reason. Patterson continued to stay in touch, feeding me new authorization codes as he could. The problem (which had nothing to do with Cotap's app) was eventually solved with a factory reset and reload on the phone.

Once connected with Patterson, the conversation flowed almost as swiftly as an e–chat. I say almost because there isn't a way to see if he's typing a response the way a regular SMS conversation functions when the ellipses appear. That can cause a bit of talking over your co–Cotapper.

And intermittent fat–finger syndrome punctuated some of my questions. While I was conscious of typos and weird autocorrects, Patterson appeared much more laid–back about such issues. It helped to recall what he'd told me earlier: "You won't know what unique use cases will arise unless you trust people to do what they are going to do." As long as there are no HR violations, he advised, "don't be paranoid."

With that in mind, here's the (somewhat abridged, but uncorrected) text (pun intended) of our conversation.

Cool. So this is your first interview over text messaging?

Thanks for your patience, I know you hate the phone. Can you tell me what the most challenging part of the developing the app was? You know besides trying to figure out what was wrong on my end ;)

The hardest part is figuring out what the feature set you need to launch with. There are so many things we could build into the app, but adding more takes more time. So there is a fine balance between having a full featured app and get out to market quickly. Technically there aren't a lot of challenged for us. Our team is pretty experienced in building things like this.

Yes, this is the first ever texterview

The hard technical challenged come when you scale to millions of users.

So what were you willing to table in order to get [the app] launched?

One big one was the ability to send a photo. I think photos are really important for a communication app. But it would have set us back a few weeks. So instead we launched with just the text messaging and we'll add photos a few weeks AFTER launch. We really wanted to prioritize app speed and "snappiness." We feel that in order for people to use Cotap over SMS we have to be faster than SMS. I hope you notice how snappy the app feels when you use it. We put a lot of work into that.

It is a clean experience. I remember you saying that photos were a really big part of storytelling [within a company's culture] not to mention more efficient. How long did you wait before you pulled that off the table?

Photos are important and we will have them in a few weeks. We just thought it was more important to get the app out into people's hands sooner to start collecting feedback and see how people are using it in the real world to help guide our future decisions.

So you didn't agonize much?

I agonize over every little pixel. :) Our big focus is to be simple. Everyone can figure out the app as soon as they log in.

What's the feedback been so far? How much have you had to tweak?

The feedback has been great. People universally love the simplicity and speed. We added features yesterday to integrate with your calendar so that you can easily message everyone in a meeting. If you go back into [Cotap's] inbox and tap the calendar icon in the upper right you can see it in action.

One thing I notice is that I can't "see" when you're typing like on a regular SMS interface.

That's also on the roadmap. We're going to release updates every two weeks from now on. So every week Cotap will get better.

Is there a way to see who is available?

Available as in not busy? That's the beauty of texting. It doesn't matter. It's not interruptive like a phone call, so if they are busy they'll just respond when they are free.

Yes. So you could send something at night to hold for morning?

Yes. We actually see usage of the app increase after work hours. People are less likely to be at their desk, but they always have their phone.

Is there an auto–reply function?

No, no auto–reply. Again, you almost always have your phone. You are never really "Away" or "Out of Office."

What is the ideal user scenario you see; an after hours brainstorm?

That is one yes. And it's really a unique way to do it because people can chime in when they have a few free moments. Coordinating is another great use case. Last minute room changes, running late to a meeting, etc.

Is there a way to import the text to a doc?

Not yet but we're adding the ability to forward a conversation via email.

The app is free but companies will have to pay subscription fees?

The app is free for employees to download and start using. In the future we will have a premium offering for companies that let's them take control of their employees' usage (monitoring/compliance) and take advantage of additional features that let them use it as an official company–wide messaging solutions like integrations with back–end IT systems.

Do you envision a day when we will all be talking in text rather than email or chat?

An example of why texting is unique is that we are doing this interview kind of in real time. But we could also stretch it out over a day or two, you ask something when you have a free moment, I answer when I have a free moment. It allows you to multitask. You could have dozens of these long running conversations going at the same time, while you are doing things in the real world as well. I do this this modality is the future of how people will communicate. It is only possible now that everyone has a computer in their pocket at all times. In fact now anytime in the future you need something from me I'm right here in your phone. That's pretty cool. And you don't need my personal cell phone number. If you have any follow up questions you can just post a message to it anytime. I'll get it as a push notification on my phone, just like a group text.

Cool. Thanks for taking the time with me.

Thank you. Hopefully this is the future of journalism.

If this is, indeed, the future of work, Cotap is going to usher in a new conversation around the oft–examined work–life balance and setting boundaries between home and the office. It will also have implications for journalists, especially until you can actually save conversations in another location other than the app (for fact–checking purposes). What Patterson did prove is that he was right where he said he'd be. I went back to Cotap to ask a couple of follow–up questions which he answered immediately. In the interest of keeping this brave, new journalistic world transparent, here's the rest of that conversation.

FC: How much did you have to tweak development of the existing app when you heard about iOS 7?

JP: We hadn't really started full scale development yet before WWDC but we had everything mocked up. After we saw iOS 7 and had a chance to play with the beta we threw everything out design–wise and started from scratch. We felt it was really important to feel "native" on iOS 7. We could tell right away that apps that aren't and still use the iOS 6 paradigms feel ancient when you use them.

What was the time frame from design to launch then?

About 15 weeks from mock–ups on paper to the App Store.

Is that warp speed in your experience?

It's pretty fast, yes. The team worked really hard. We knew we HAD to be out late September/early October by the latest because we are a business app and once the holidays hit things get very slow for business software.

That quiet period may come in handy as Cotap finesses its app for Android, which Patterson says will be released at the end of this year.

Tell us what you think about texting at work and the future of communication in the comments below.