Ryanair fined by French over breach of labour laws 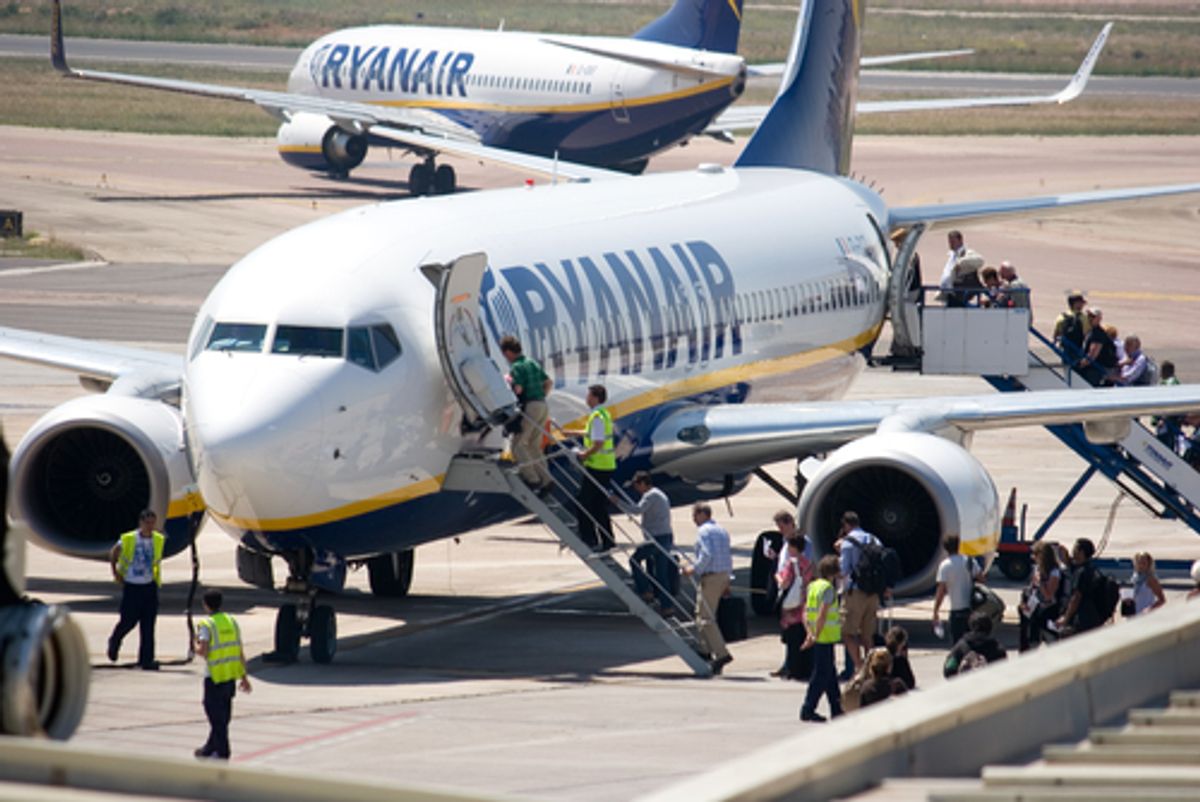 Ryanair has fallen foul of the French authorities after a court ordered the budget airline to pay more than €9m (£7.5m) in fines and damages for breaching labour laws in Marseille.

The verdict marks the latest twist in a long-running legal standoff between Ryanair boss Michael O'Leary, the unflinching king of cost-cutting, and the French state. The row began when pilots' trade unions and government agencies brought legal action against him for employing Marseille-based crew under Irish contracts between 2007 and 2010, rather than pay higher social security and tax in France. It was the first time that Ryanair, Europe's biggest low-cost airline, had faced legal action of this kind.

France's second largest pilots' union had complained that staff based at Ryanair's Marseille operating hub were working under Irish contracts and paying no taxes in France. O'Leary, who saved 30% on high French social charges by using Irish contracts, said he was abiding by European law because his workers were "mobile" and worked on "Irish registered aircraft defined as Irish territory". French courts ruled against Ryanair over non-payment of social insurance and state pension contributions in France, saying employees of foreign airlines living in France come under French social security and tax law. The company had also been charged with preventing workplace councils from functioning and hampering employees' access to French unions.

The court in Aix-en-Provence ordered Ryanair to pay €200,000 in fines, in addition to damages including €4.5m of backdated social charges, €3m in pension contributions and €450,000 in unemployment charges. Judges found Ryanair had breached the labour code by not paying French social charges and other dues for workers hired abroad but who spent much of their time at the Marseille hub.

Ryanair pledged to appeal the verdict. A Ryanair spokesman said: "Since all of our people operating to or from Marseille between 2007 and 2010 have already paid their social taxes and pension contributions in Ireland, in full compliance with Irish and EU employment regulations, we do not believe that either Ryanair or our people can be forced to double-pay these contributions a second time in France."

The airline had argued in an earlier statement that "European employment and social security law clearly allows mobile workers on Irish-registered aircraft, working for an Irish airline, to pay their taxes and social taxes in Ireland."

In 2011, a furious O'Leary pulled his operations out of Marseille in protest at the case, moving his Marseille-based aircraft and 200 jobs to rival airports in Spain, Italy and Lithuania complaining of what he called the "ill-judged" ways of France. Since then, Ryanair has operated a summer-only operation to the southern French port city.