Increasingly elaborate "prankvertising" gets noticed, but it's a huge turn-off 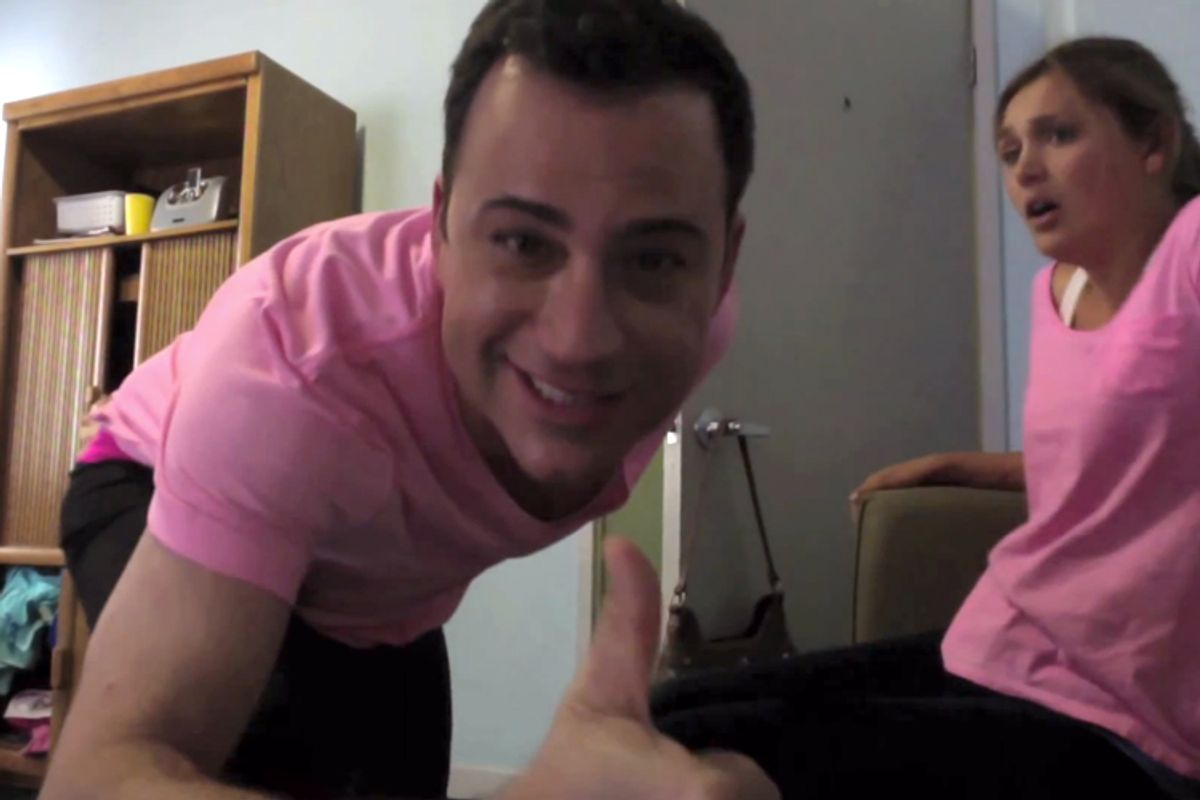 Last month a video of a girl setting herself on fire in an unfortunate twerking accident appeared on YouTube and swiftly amassed several million views. This week, the reigning buzzed-about clip featured a 37 year-old man who turned the Astor Place cube into a cozy New York City apartment. They weren't real, of course. How long did it take you to figure it out? And did either of them make you want to watch Jimmy Kimmel or do meditation? Me neither.

The publicity stunt has been around since at least that time Jesus gave a big crowd that all you can eat fish and bread bowl. But in recent years, fueled by the need to grab eyeballs in our short attention-span culture, marketers have deploying the "Made ya look!" fakeout with an increasingly exhausting regularity. We now live in the age in which any wild, weird thing can still go viral – but it'll also soon after provoke a weary question of "Yeah, and what's it trying to sell?"

It's been going on in earnest for a few years now – remember the Faceless People? -- but in recent months the fakeout has become a true-blue YouTube era cliché. In August, a failed marriage proposal during a minor league baseball game was revealed to be a "skit" by the team's publicity crew. And if you thought the possibility of a real woman turning down an offer of marriage was unromantic, it's still warmer than the gleeful press release the team sent out later, boasting that "We worked with two of our staff on the skit and executed a digital strategy to set the video on a viral path; we could not be more pleased with the outcome." There's incentive for you -- Come see our team! Maybe you'll witness someone getting his dreams crushed! Last month, an expatriate German couple's offer to invite Singaporean guests to their home for dinner turned out to be not a gesture of hospitality but a supermarket's promotion -- one that all but evaporated once the ruse was exposed.

And hey, why be innovative when you can create a stir just by being a little… off? In July, a series of pointless tweets emanating from the Chipotle account were revealed not to be a hack or the fumbling of a flustered employee but something the company hoped "would cut through people's attention and make them talk." Chipotle representative Chris Arnold told Mashable at the time, "It was definitely thought out" -- because stuff like "Do I have a tweet?" is now apparently what constitutes a branding strategy. It's possible I'm just a little sensitive these days, now that the tweets of nonsense from horse_ebooks have been outed not as the work of a great spambot but as a four year long project by some guys from BuzzFeed. At this point, I can't even tell if Kanye's beef with Kimmel is real or not. It's like living in "The X-Files."

It's not that you can't mess with people's expectations to make a playful statement. Just this week, Jimmy Kimmel cleverly exposed the genius of the random American person on the street by asking passersby whether they preferred "Obamacare or the Affordable Care Act." I'm just asking, has anyone been able to conclusively prove a correlation between getting a bunch of people to Instagram a torn up Milan street and inspiring them to buy life insurance? It's been two and a half years since the "hack" on the monitors in Times Square was revealed to be a promo for the movie "Limitless" -- and I'll bet that you remember the Times Square stunt more than you ever gave a crap about "Limitless."

The stunt marketing prank, much like its annoying, desperate kin the flash mob, rather tiresomely assumes that anyone who comes into contact with it is a potential participant in it. But worse, it tricks the audience into becoming its sales force. Maybe you just really think you're sharing the news of a break-in or maybe you're just walking down the street when an action blockbuster erupts in front of you. And as AdWeek noted earlier this year, dragging real people into the prankvertising "involves real risk, because reactions can, of course, be unpredictable." But perhaps you don't want be part of a campaign. Perhaps you don't want to suddenly have your life turn into a Hitchcock movie so somebody can sell deodorant, or be traumatized by some exciting movie campaign. And how does people getting punk'd make any show or movie or product desirable or successful?

Lululemon can shove all the guys into all the cubes it wants, but what makes people walk into its stores it that its pants make people's butts look amazing. That's not exciting, but it's not irritating either. The elaborately orchestrated stunt gets attention. But even in a world that measures success in terms of YouTube views, attention in and of itself is an entirely empty, profoundly unpersuasive thing. And it doesn't make me want to buy your pants.