The whole concept is lazy, sexist and absolves people of responsibility. It must end 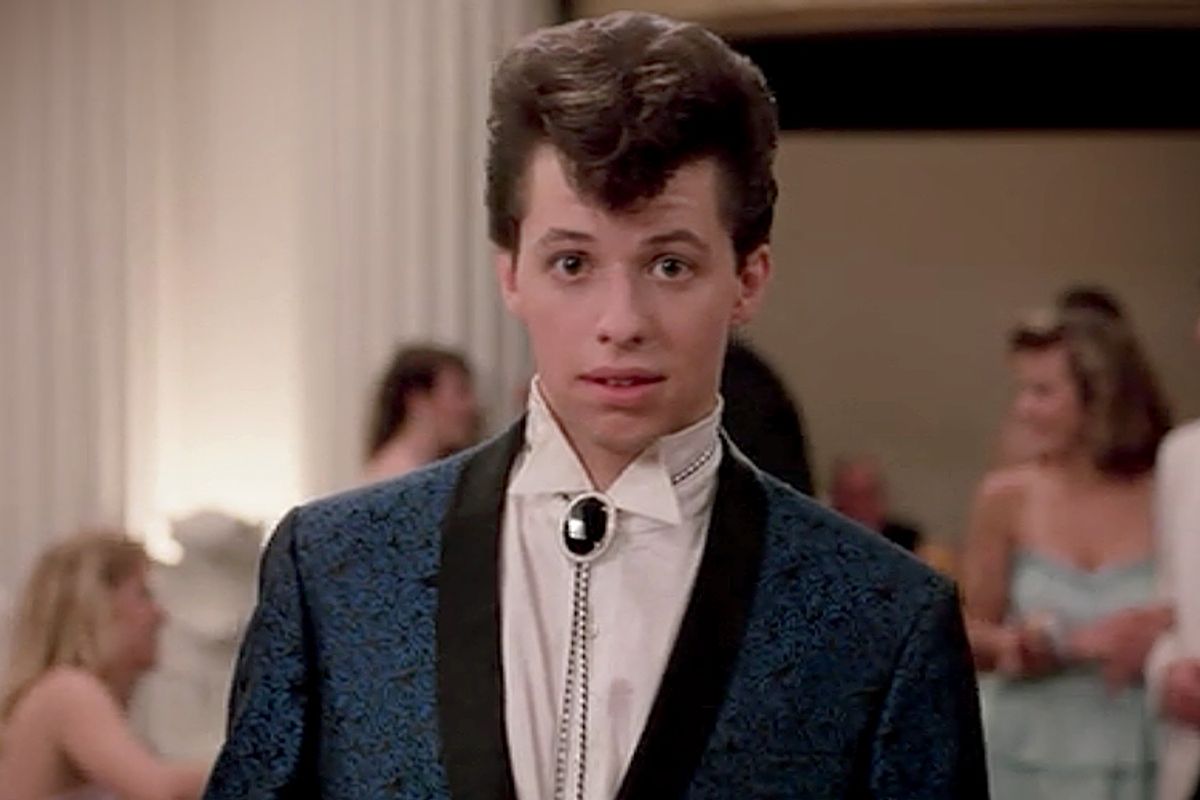 Attention, gentle folk of the Internet: Do you have a friend? Does he/she/ze belong to the gender you’re sexually attracted to? Do you go shopping together, or Gchat into the wee hours of the night, or post BuzzFeed listicles on each other’s walls with the comment “hahaha so true ;-)”? Do you listen to them grouse about their romantic disappointments and sexual rejections, all the while hoping, praying, yearning for them to have an Eric Stoltz-in-"Some Kind of Wonderful" revelation and realize that you’ve been the One For Them, right there, all along?

If so, according to the YouTube comedy duo the Wing Girls, you are in the dreaded “friend zone.” The term refers to a platonic relationship where one party has unrequited romantic feelings for the other, essentially banishing him or her to the Bermuda Triangle of the dating world. Figuring out how to get out of the friend zone has become one of the cornerstones of Internet culture, creating a lucrative market for pickup artists and sex-and-dating experts like the Wing Girls, whose book "How To Get Out of the Friend Zone" hit shelves this week.

The dating advice in the book is, by and large, smart and sensible, and “friend zoning” is evidently an incredibly common phenomenon — the authors, who call themselves Jet and Star, estimate that 90 percent of their fan feedback relates to the friend zone. But the term itself has some problematic implications, mostly because it’s often used as a talking point for heterosexual men voicing their frustrations with the opposite sex. For this reason, and the six others listed below, I propose we focus not on how to get out of the friend zone, but on why we should stop using the term altogether, effectively banishing the Friend Zone to, well, the Friend Zone.

The term “friend zone” is lazy and unimaginative. Since the term was first coined in a 1994 episode of "Friends," where Joey refers to a lovelorn Ross as the “mayor of the friend zone,” it has evolved into a catch-all term for unrequited sexual interest, generating countless memes, a Chris Rock standup routine and an eponymous MTV reality dating show. Considering the incredibly brief shelf lives of most such pop-culture tropes, it’s shocking that the “friend zone” has lingered for so long in the cultural imagination, in the form of memes that range from vaguely amusing to harmlessly whiny to breathtakingly offensive (an image of a sloth whispering in a woman’s ear, with the caption “She put me in the Friend Zone/I put her in the rape zone”).

For centuries, humans have tried to solve the eternal mysteries of sex, gender, and human desire through various forms of cultural expression, from art and music to poetry and philosophy. Yet Shakespeare’s sonnets and Plato’s "Symposium" were just laying the groundwork for the final and definitive answer to these questions: a sloth making a shitty rape joke.

The “friend zone” is inherently sexist. Although the term “friend zone” is ostensibly gender-neutral, it is used most often to describe male-female relationships, where the male is the friend-zonee and the female the object of unrequited desire (in fact, when I conducted an informal straw poll among my friends to see if we could find examples of the reverse, the only ones we could come up with were Taylor Swift’s “You Belong With Me” and an episode of the Disney Channel series "Even Stevens"). This is not because women are “friend-zoned” less frequently than men are, but because women are conditioned to be less vocal about their sexual desires. “As a girl, if you are friend-zoned, you don’t come out and say, ‘Oh, that guy is such an asshole, he’s putting me in the friend zone,’” says Star, the co-author of "How To Get Out of the Friend Zone." “You internalize it a little and say, 'Oh I must be doing something wrong.'”

Of course, men in the “friend zone” have no such compunctions. On Reddit, Yahoo! Ask forums and YouTube comment threads, they share their experiences with being “friend zoned,” all in the same clinical, vaguely corporate vernacular, complaining about having done all the “work” or “investing” time in the friendship without reaping any benefits. It’s as if they were Goldman Sachs M&A guys lamenting the failure of some big corporate merger over beers, rather than some horny dudes who get pissed when an invitation to watch "Game of Thrones" on their female friend’s laptop isn’t code for “receiving an under-the-blanket hand job.”

The truth is that all relationships, romantic or platonic, require some degree of “work” or “investment.” Being a good friend entails a willingness to do this work, and it’s ludicrous to expect anything concrete in return.

The friend zone implies a lack of agency. To hear most Internet commentators tell it, the “friend zone” is a nebulous, labyrinthine space where one ends up under ambiguous circumstances and can’t leave, like one of Dante’s circles of hell or Sartre’s "No Exit" or the cube from "Cube." In the Friend Zone, you have no autonomy to speak of, nor do you have to take responsibility for your actions; you are merely a plaything in the hands of Fate, and Fate is a cruel bitch who won’t let you touch her boobs even though you let her cheat off your Stats test once. It does not seem to have occurred to those inside the friend zone that there might be viable, non-supernatural reasons they're in there — like, say, the fact that you’re the kind of person who complains about being in the fucking friend zone.

It makes sense why those in the friend zone would do this — it absolves them of any obligation to tell their friend how they feel about them, as well as any responsibility they might have for staying in a situation that makes them feel bad. But the truth is that people in the friend zone do have choices: they can reveal their feelings for their friend and accept whatever consequences come from that. They can also choose to leave the friendship if it's painful to them -- they're in no way trapped.

The friend zone perpetuates the myth that being “nice” doesn’t get you laid. Despite what friend zone apologists might tell you, the impulse to be a kind and decent person is not one that should be bitterly resisted; it’s not the equivalent of a giant chastity device, impeding your poor, helpless genitals from finding purchase at every turn. The idea that women are only into “jerks” or “assholes” and not “nice guys” is one of the most insidious dating myths of the past 50 years. Look at Ryan Gosling. How do you think women reacted when he saved that woman from being hit by a car? Do you think we all simultaneously switched off our vaginas and said, “Omigod, Ryan Gosling is too nice, it’s such a turnoff, let’s stop naming our vibrators after him?” Now look at Vladimir Putin. He may be a “jerk” and an “asshole,” but if there’s one woman on the entire planet who has a vibrator called the Grey Cardinal, I would die of shock.

The point is, being nice to other people, up to and including people you want to sleep with, is always a really, really good thing. Always try to be a Gosling, not a Putin. And if you think that helping your friend move in or going to her sister’s birthday party automatically entitles you to frequent bouts of mouth sex, then you need to reassess your general expectations from life, because it’s just going to be a series of horrible disappointments for you.

The friend zone perpetuates the idea that men and women can’t be friends without sex being a factor. Although one would assume that the Jack/Liz dynamic on "30 Rock" would definitively put this notion to rest, society is still plagued by the conception that men and women can’t be friends without wanting to sleep with each other (a recent study  from the University of Wisconsin complicated this idea further, concluding that men were more likely to be attracted to their platonic female friends than vice versa). While there is some truth to this idea, as you get older it becomes easier to move past any initial sexual tension. The existence of the friend zone, coupled with the anxiety over having to deal with potential sexual complications down the road, makes it more difficult to navigate these relationships, many of which can be awesome and incredibly rewarding. For this reason, some people just don’t bother seeking out friends of the opposite sex, which is a real shame.

The friend zone posits that sex is the ultimate end of any relationship. Most people who complain about being in the “friend zone” tend to think that having sex with the object of their affections is the best, and only, way to get out of it. They believe that all the late-night heart-to-hearts and Chinese food pigouts during "Seinfeld" reruns and farmer’s market trips are ultimately for naught if it doesn’t result in hot, gooey, throbbing pelvis-bumping. Of course, those who have actually been in a relationship, or have had a satisfying sexual encounter in a location other than a coat closet at your cousin’s bar mitzvah, know that this is bullshit, because the best parts of any relationship are the "Seinfeld" reruns and the farmer’s market trips; while sex is obviously an incredibly important part of any relationship, it’s secondary to the level of comfort and intimacy you build with a partner over time.

Even if the friend zone did exist, there would be no reliable way to get out of it. Look, friendships are hard, and relationships are even harder, so wanting to have a relationship with someone you’re friends with is obviously the worst. As someone who has been both the friend zone-r and the friend zone-ee on numerous occasions, I can say that both positions are, for lack of a better term, shitty; where one side can be whiny and self-pitying and sexist, the other can be equally callous and contemptuous and cruel. What makes the friend zone even worse is that I’m pretty sure there’s nothing you can do to get out of it: most studies show that interpersonal attraction forms in the first few seconds after meeting someone, and without that initial, incontrovertible tug toward another person, it’s unlikely that it’ll ever develop, no matter how many shopping trips you go on or Gchats you have or John Hughes movies you watch. The only way you can make a friend a lover, or a lover a friend, is to be nothing less than completely honest about your intentions, and wait for them to melt in your arms or run screaming toward the nearest decontamination facility.

However, there is hope, and it comes in the form of doing away with the friend zone altogether. If we stop dividing the people in our lives into categories of friends and lovers, assholes and nice guys, of those we’d have sex with and those we wouldn’t; if we stop living in fear of falling into a sexless, existential hell of our own making; if we start being truly honest with ourselves and the people we claim to love even more than ourselves, then we can learn "How To Get Out of the Friend Zone" by dismantling it entirely.