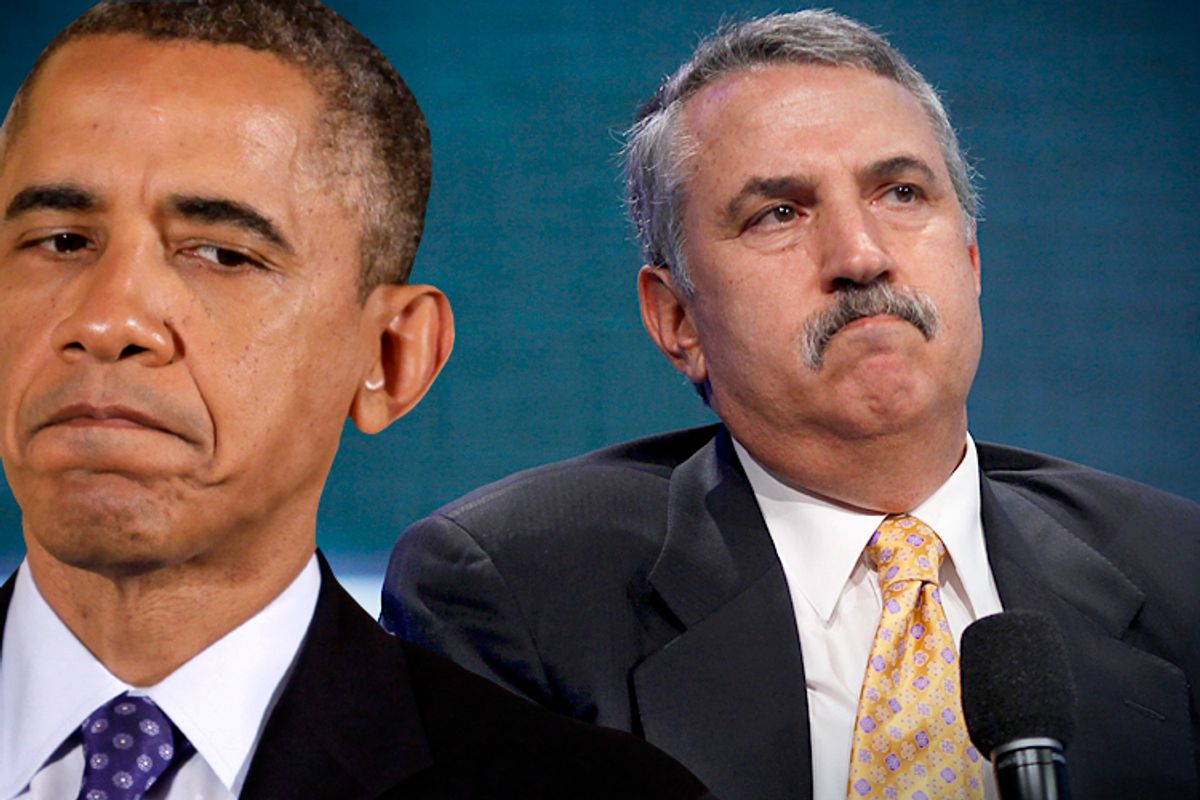 With the immediate government shutdown and debt ceiling showdown now past, the nation’s largest union federation is warning of dire consequences if the president and his party once again push so-called entitlement reforms.

“The labor movement is going to fight to the death to stop cuts to Social Security and Medicare and Medicaid,” AFL-CIO policy director Damon Silvers told Salon Thursday afternoon. “Not ‘unreasonable cuts.’ Not ‘cuts without tax increases.’ Cuts period. We’re against all of them, we will fight them ferociously, and we will give no cover to any Democrat who supports them.”

Silvers said it would be “simply an invitation to a fratricide in the Democratic Party” for the president to take up a renewed push for “chained CPI,” a proposed change in cost of living calculations that would reduce future Social Security benefits. “It hits the absolute most vulnerable people …” charged Silvers. “It’s a proposal that has no merit at all other than that billionaires like it.”

As I’ve noted, President Obama has repeatedly touted “chained CPI” – to the chagrin of some progressive activists and elected Democrats – as an example of both his commitment to Social Security’s future and his commitment to good faith negotiations with Republicans.

Silvers specifically slammed “the kind of conversations that the billionaires have been promoting over the past couple days through people like Tom Friedman” -- the New York Times columnist who’s long advocated a deficit-cutting “grand bargain” – as “really destructive” and a path to “gridlock.”

He also called out billionaire Pete Peterson, who funds several groups advocating for cuts. “They’ve got the vampire agenda: No matter what happens, no matter how many bullets you fire at it, these guys keep coming back with all their money and demanding that we cut Social Security and Medicare and Medicaid …” said Silvers. “We’re gonna fight that stuff with everything we’ve got, and we’re gonna win, because the public’s with us.”

Asked if that meant that the AFL-CIO was committed to oppose any overall deal that included any Social Security, Medicare or Medicaid cuts, Silvers said it was “never wise to talk too far into the hypothetical,” but that “We opposed social insurance cuts in every form they’ve ever taken, and it would be an extremely bad risk to assume that we might not.”

As I’ve reported, as of early October a work-in-progress whip count from Social Security Works – a coalition that includes the AFL-CIO -- counted only a dozen Democrats in the Senate, and 46 in the House, whose comments suggested they’d voted against any budget deal that involved “chained CPI.” Sen. Bernie Sanders told Salon during the shutdown that as soon as Congress voted to reopen the government and raise the debt ceiling, “the next day, I and others have got to do everything that we can to make sure that we do not see cuts in Social Security.” But Senate Minority Leader Mitch McConnell told National Review’s Robert Costa Thursday that he’s repeatedly told the president, “You’re the Democrat who counts. If you’re willing to work with us to solve this problem, don’t use congressional Democrats as an excuse. They may not like it, but they’ll vote for you.”

Along with rallies urging Republicans to end the shutdown, unions joined demonstrations with Sanders and others during the past weeks’ standoff decrying efforts to cut Social Security benefits. Unions were also briefly in the spotlight Monday night, when a proposed deal between Senate leaders Harry Reid and Mitch McConnell reportedly included delaying (for one year) an Obamacare “reinsurance tax” which has been criticized by many unions and corporations. By midday Tuesday, that delay was reportedly out of the deal. Spokespeople for the AFL-CIO, the International Association of Fire Fighters, the Laborers union, and the United Food & Commercial Workers union all declined to comment on that development. The AFL-CIO’s stated position throughout the shutdown was that Congress should pass a “clean CR” and clean debt ceiling increase.

The AFL-CIO has put forth red lines before. In an interview the day after Obama’s reelection, president Richard Trumka told Salon, “If any bipartisan deal includes cuts to Social Security, Medicare or Medicaid, or extends the Bush tax cuts for the top 2 percent, we will oppose it.” The subsequent New Year’s Eve “fiscal cliff” deal left social insurance intact, but extended tax cuts beyond the income cutoff favored by the AFL-CIO, to families making up to $450,000 each year. As I’ve reported, after tweeting on Dec. 31 that it’s “not a good #fiscalcliff deal if it gives more tax cuts to 2 percent and sets the stage for more hostage taking,” Trumka released a statement on Jan. 1 calling the ultimate agreement “a breakthrough to beginning to restore tax fairness” even though “lawmakers should have listened better.”

Asked about that evolution, Silvers said, “We don’t view that as a change in our position. It just means we got some, not all” of “what we wanted.” Silvers told Salon, “We were disappointed by it, and with the passage of time, I would say we’ve become more and more disappointed by it.”

Silvers argued that following the shutdown showdown, and “facing a Republican Party that’s kind of blown a hole in itself,” the question facing the president is not only the trajectory of the budget negotiations, but “where does the president want to take the public conversation and the public policy process.” Touting the urgency of immigration reform, Silvers added, “He needs to define a positive important agenda that needs to drive it.”