The intriguing new French corporate thriller "Capital" is better than most, but film and money don't get along 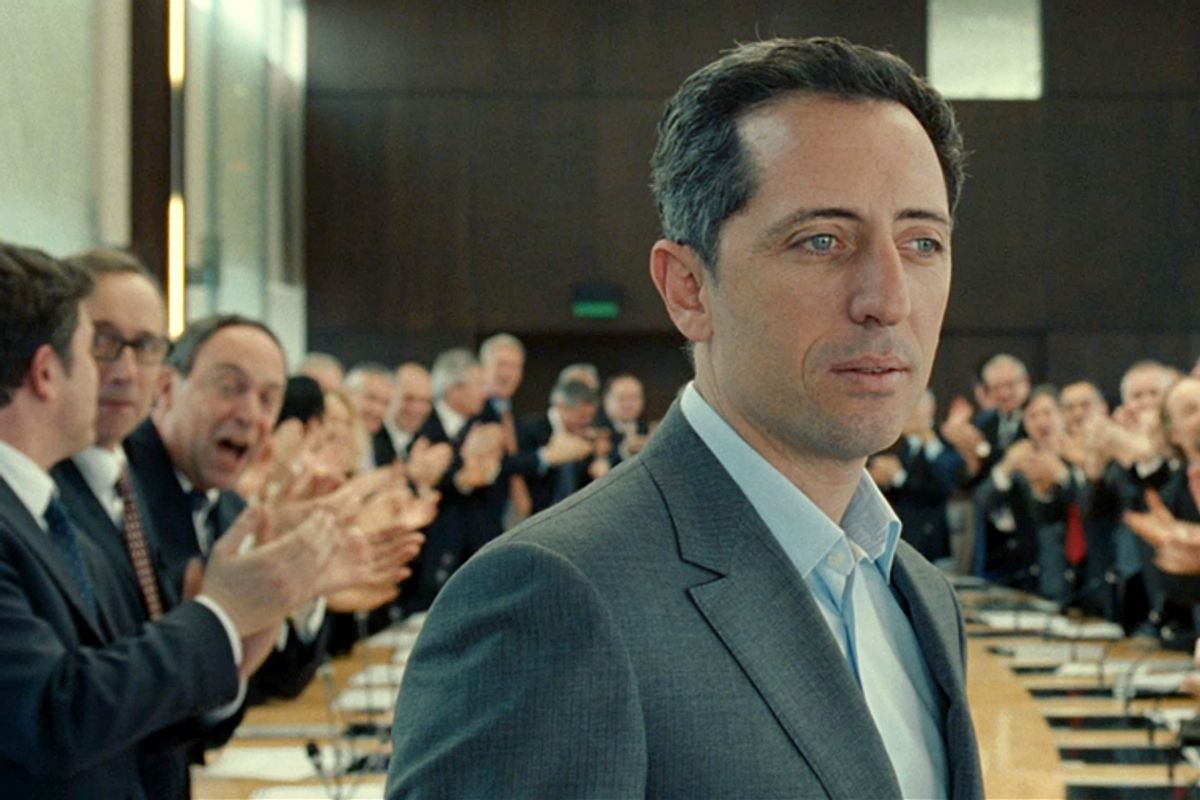 Considering that market capitalism drives nearly the entire world economy and dictates the wealth or poverty of us all, movies have done a surprisingly bad job of depicting how it actually works. There are a handful of exceptions made since the big financial collapse of 2008, but none that has made a major cultural splash. I thought Richard Gere deserved an Oscar nomination last year for his role as an embattled hedge-fund tycoon in Nicholas Jarecki’s “Arbitrage,” but that was essentially a family melodrama dressed in high-end business attire. Writer-director J.C. Chandor’s 2011 indie hit “Margin Call” is probably the finest exception to the rule, taking us through 24 gritty hours inside a crisis-buffeted investment bank, amid a terrific ensemble cast that includes Kevin Spacey, Paul Bettany, Demi Moore and Zachary Quinto. Although both claustrophobic and moralistic, it’s fine drama, absolutely worth catching if you haven’t seen it.

Oliver Stone’s misbegotten sequel from 2010, “Wall Street: Money Never Sleeps,” was an enormous missed opportunity. No one in the mainstream film business gets the world of money quite the way Stone does (his father was a stockbroker), and the first “Wall Street,” although tendentious and preachy, had real-life tycoons mimicking Michael Douglas’ Gordon Gekko the way wannabe gangsters copped lines from “Scarface.” The first half-hour or so of “Money Never Sleeps” is riveting, capturing the collapse of a fictional bank not unlike Lehman Brothers and the panicked summits hosted by the Treasury Department while the whole Western financial system teetered on the brink. Then the mediocre character melodrama involving Shia LaBeouf, Carey Mulligan and Douglas as a prison-redeemed Gekko takes over, and the film becomes barely watchable.

That brings us to “Capital,” an intriguing, hit-and-miss financial drama from France, which combines a terrific cast of top-line actors, glamorous locations and a nicely paced plot full of twists and turns with an uneven script and some Brechtian flourishes that don’t entirely pay off. This marks the first American release in many years of a film by Costa-Gavras, the legendary Greek-born director of the political thrillers “Z” (1969), “State of Siege” (1972) and “Missing” (1982). He’s never been an immensely subtle filmmaker, and there are some major clunkers in “Capital,” notably the one-note performance by Gabriel Byrne as a sinister transatlantic moneyman trying to tighten the American noose around a venerable Parisian bank. But Costa-Gavras, now in his 80s, hasn’t lost his sense of forward momentum or his political passion, and gets a terrific performance from stone-faced Moroccan-French actor Gad Elmaleh as Marc Tourneuil, a young banking hotshot abruptly thrust into the CEO’s chair.

The film’s title is clearly meant to refer to Karl Marx’s great work of political economy (although its source is a novel by Stéphane Osmont, adapted by Costa-Gavras, Karim Boukercha and Jean-Claude Grumberg), and the tactics Marc employs when forced to downsize by the bank’s financial puppet-masters are supposedly borrowed from Chairman Mao’s Cultural Revolution. While much of the drama in “Capital” revolves around the mystery of what’s going on behind the scenes in and around Phénix Bank, a Paris-based multinational, the film’s most interesting question becomes what Marc is actually up to. Is he trying to save this venerable French institution from Yankee sharks or destroy it? Is he looking out for No. 1, or does he have some historical Marxist and/or Maoist vision in view?

Marc is handed the reins of Phénix as a short-term caretaker, after the bank’s longtime head becomes gravely ill with testicular cancer, and seizes the opportunity to consolidate power and build a personal fortune. As he jets around from Paris to Miami to New York to London to Tokyo, Marc appears pulled in two directions by competing potential mistresses whose symbolism is rather too obvious. One is a decadent supermodel from a realm of hedonistic excess (played by real-life Estée Lauder model Liya Kebede), the other a prim and ladylike analyst (Céline Sallette) who cracks the dastardly scheme the American investors behind Byrne’s character have in mind and advises Marc on how to fight back. (The fact that the first of these women – the sinister seductress – is black, while the virtuous voice of reason is white, is not an edifying detail, one has to say. But the French have a peculiar way of being blind to such things, or pretending to.)

Handsome, smooth and implacable, Elmaleh holds the question of Marc’s moral compass in reserve, even when he breaks the fourth wall to address the audience as a sort of ironic narrator. Uneven as “Capital” is, unlike so many films about capitalism it’s never boring and is unafraid of its point of view, that being that capitalism’s only inherent driving force is avarice, that it’s universally destructive (especially in its Yank form) and that it’s doomed. Still, as Marc makes clear during a family argument with his left-wing uncle, a one-time radical of Costa-Gavras’ generation, the options once represented by Marx and Mao appear to be off the table. You lefties dreamed of internationalism, Marc sneers, and now we have achieved it. You couldn’t have come up with a worldwide system to feed the Indonesian children who made his children’s toys in some dismal factory, he goes on. “We will take care of them in our own way.”

"Capital" opens this week at the Paris Theatre and the Regal Union Square in New York, and opens Nov. 1 in Los Angeles, with more cities and home video to follow.