They promise to fulfill our desires, but they actually produce feelings of inequality, hopelessness and rage 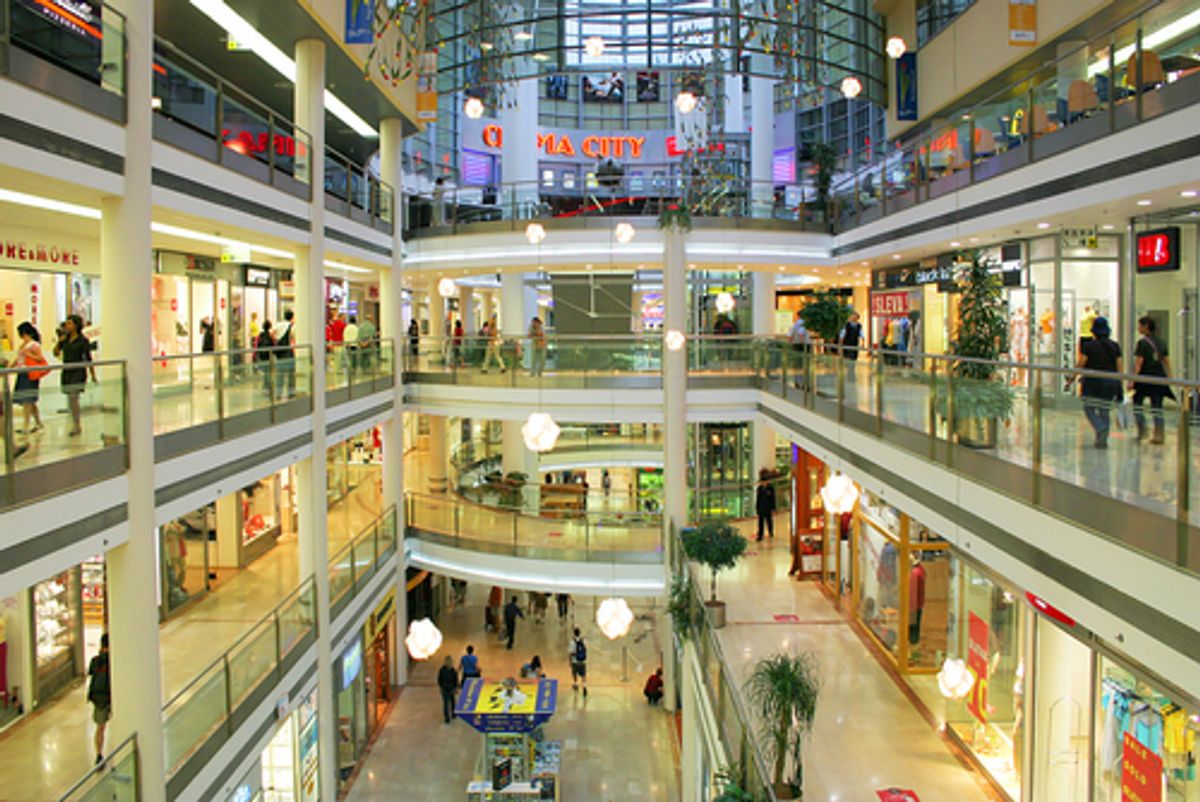 Syracuse, NY is a rundown kind of place. The winters are harsh and long, much of the housing is falling apart, and driving past the porn theatres and chain retail spaces that line the poorly designed Eerie Blvd, there’s a strong sense that people don’t much care for the town. So, it wasn’t especially surprising or shocking when, in August of 2008 — shortly after I’d moved to Syracuse and was learning my way around town — a man leapt to his death inside the Carousel Center, the city’s sprawling and perpetually-under-construction shopping complex. But as I read about the incident, I was surprised to learn that this wasn’t the first suicide to take place inside the mall. Not one, not two, but three previous suicides had already taken place at the same location since the late nineties.

Trying to make some sense of this unsettling pattern is difficult. In the discussion that followed the news of the most recent suicide, many blamed the victim; he was reportedly addicted to cold medicine and had a history of mental illness.

Others blamed the construction of the mall — the area of the mall from which each victim jumped is a six-story-high atrium, with low railings that are easy to scale. Research does suggest that suicide attempts are more likely to be successful if victims use methods that are more immediate and require minimal time and planning, such as handguns. The New York Times drew attention to one report that showed more people jumped from a bridge with a lower balustrade, even though an identical bridge (only with higher barriers) was nearby.

But none of these explanations fully or convincingly explains why the mall, specifically, was the location where these people chose to end their lives.

Searching for more information about the suicides at the Carousel Center, I quickly discovered what now seems obvious: Shopping malls are centers of suicide and other forms of violence across the globe. Reports about suicides at malls appear in the South China Morning Post (a mother threw her baby over a ledge before jumping herself), The Times of India (a 20-year-old student leapt to his death after breaking up with his girlfriend) and this February, there was an apparent suicide in a Queens mall. Beyond suicide, malls are home to a steady stream of violence. Police shootings, suicide bombings, and outright attacks are all easy to find in recent headlines. Most recently, the horrifying attack by Islamic militants at an upscale shopping mall in Nairobi, where well over 60 people were murdered, has become an international point of focus.

As one of the few remaining types of space where large groups of people are allowed to congregate, retail space (which finds its current idealized form in the shape of enormous, self-contained, disorienting, and carefully monitored malls) is becoming a stage on which the inevitable outcomes of public problems play themselves out.

Even though they promise to fulfill our desires, malls actually produce a sense of inequality, rage, and hopelessness. The cycle of consumerism — and the larger political and economic forces in which consumerism operates — are perpetuated by these centers, places that crystalize many aspects of social tension; they house beautiful, luxury consumer items (often made by hyper-exploited workers), underpaid wage-workers, security guards, and salve-seeking consumers under one roof. Because in order to exist they must embody the contradictions of exploitation inherent in the economic structures of which they are an integral part, malls are natural areas of conflict — places where people might feel their individual sadness, loneliness, emptiness, hopelessness, or desperation most acutely, since these emotions are so deeply entwined with how capitalism and its carefully branded retail fronts operate.

Increasingly, mall retail space and living space are being merged into one. In Beavercreek, OH, you can move into The Green Shopping Center and live directly above any number of retail chains and department stores.

But in the face of increasing conflict, the tension between safety and the freedom to consume will play out. The Westgate mall in Nairobi was already utilizing a security screening process for visitors. For now, malls in the U.S. are less inviting in other, more subtle ways: more security guards, tighter restrictions on youth visitors. In a recent, small remodel of the Kenwood Towne Center, Cincinnati’s most upscale mall, benches, sofas, water fountains, and other areas where people could congregate — doing something other than shopping — were removed.

In Syracuse, the Carousel Center is growing. The completion of a recent construction project makes it the 6th largest complex of its kind in the U.S. At the end of its expansion it was given a new name. It is no longer the Carousel Center (a name which implies endless repetition, leading nowhere). The complex is now known as Destiny USA, a name more perceptive and appropriate than its creators may have intended.