No, white people, you can't say the N-word

A teacher is suspended for an epithet-laced rant, and argues he's just talking like his students 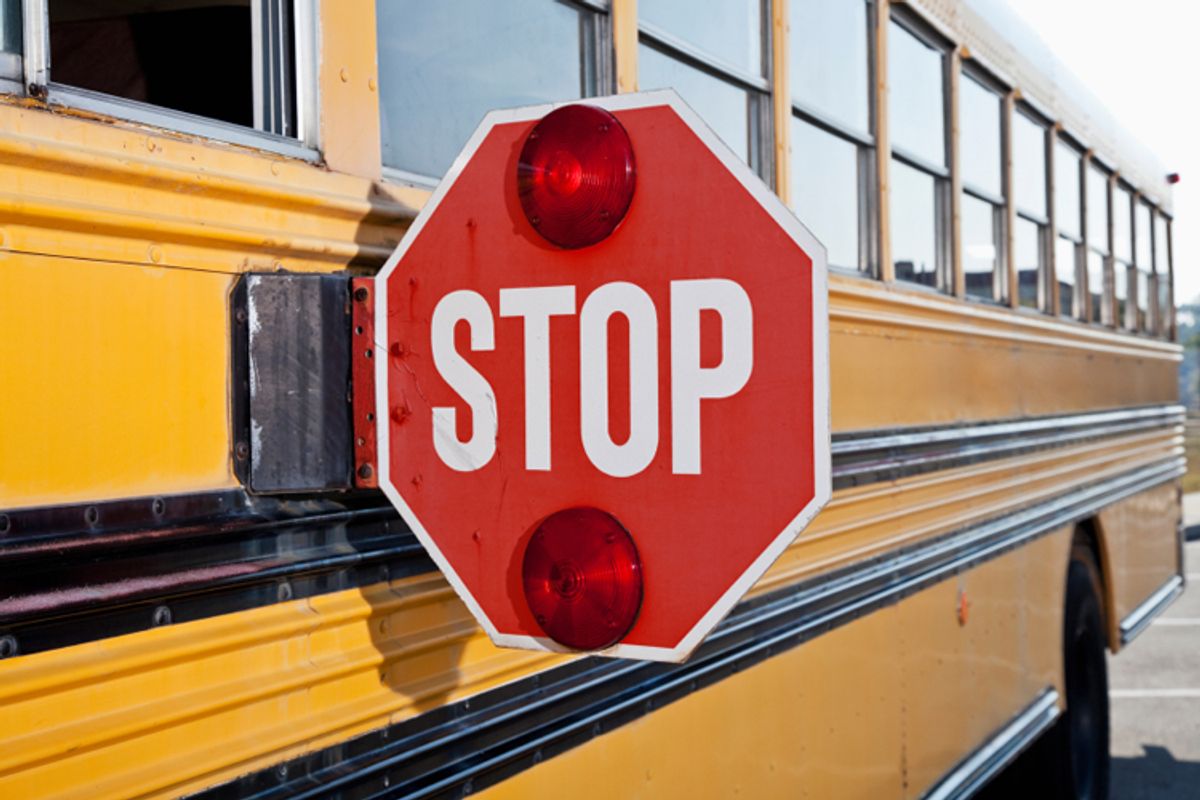 Akron, Ohio, resident David Spondike is a schoolteacher. So let's use his recent behavior as an educational opportunity, a chance to answer the question -- is it ever OK for white people to use a particular racial epithet, on the grounds that black people use it too?

Spondike has made several whopping mistakes this week. He started by posting an incredibly racist screed on Facebook urging those from "the ghetto" who "whip out your teeny dicks and piss on the telephone pole in front of my front yard" to "take your n*****-ass back where it came from," because while "I don't have anything against anyone of any color… n******, stay out!" He added, "Your [sic] are a CRIMINAL and are not welcome in my neighborhood and you should not be welcome in your own! THAT IS WHY YOU HAVE COME TO MINE TO TRICK OR TREAT. Do not treat my neighborhood like you do your own. I HAVE THE RIGHT NOT TO BE LIKE YOU."

With just those statements alone, Spondike, who teaches music at the predominantly African-American Firestone High School, has proven himself guilty of harboring hateful views, thinking it's OK to share them with others and not knowing how to spell "your." He also has allegedly made a few other poor choices in the past – according to Ohio.com, Spondike has been investigated for inappropriate behavior at least four times before by the school district, for incidents including allegedly angrily throwing a chair in the classroom and roughly restraining a middle schooler – two skills he may have picked up as a former assistant director of "The Jerry Springer Show." Spondike has now been put on a paid leave of absence.

But if there's one thing he at least did right this week, it's that he owned up to his actions -- even if he did then promptly dig himself in even further. On Monday he posted, "There is a screen shot of a post floating around that is being used claim I am a racist. My position on race and racism has been posted and discussed here on many occasions and is exemplified on a daily basis in my life. I have always been clear and have never minced words on this issue. I have always confronted it head on and never behind peoples' backs. Please do not expect me to be anything less than consistent today." In subsequent comments, he added, "1. The post contains the 'n-word.' 2. I sincerely apologize to those who are sincerely offended by the post; it was promptly removed. 3. I am not going to say that 'someone hacked my Facebook page.' like most people do. 4. 'Racism' implies prejudging, which is clearly not what happened here. 5. Making any excuse for allowing one race to use a word and condemning another race for using the same word is institutionalized racism in and of itself, regardless of the justification used. 6. The incident surrounds the criminal behavior described below, where a teenager exposed himself in front of young children, urinating on a telephone pole in broad daylight during trick-or-treating ... Anybody who reads my page knows that I am more offensive, more often, and more consistently towards conservative white males than any other group of people."

It was a position very much in line with some of his earlier Facebook comments including his observation that "that word more than 25 times a day in a public school, where it is used thousands of times every day by black people" and "Racism is racism and to allow one race to use [a] word and not another IS racist. If you want to be a language policeman, I suggest you find yourself in a George Orwell novel. When I try to get the teenagers in my school to stop using the word, I only get laughed at."

So let's settle this – considering the ubiquity of the word, the way it is so frequently used in popular music and on schoolyards, are there ever any occasions when it's acceptable for a white person to use it? During a CNN discussion on the subject last summer, spurred by revelations of Paula Deen's cheerfully nostalgic use of it, the consensus was a resounding no. But I would argue there are some exceptions. Just ask yourself a few questions first. Are you a journalist directly quoting another source, perhaps within a story about racism itself? Are you an actor, playing a vicious slave owner in a historical drama? Are you Louis C.K.? If the answer to any of these questions is "Ummm, no, I don't think so," stop yourself right there.

It doesn't matter if Kanye gets to say it. It doesn't matter if you claim you grew up in an era and an environment in which the word was commonly used. It doesn't matter if you say you have a problem with conservative white males, or you just really love hip-hop, or – and this one's the richest of all – that you're talking about a particular kind of person who behaves in a certain way but surely not all persons of a certain color. Yeah, still no. Just a big, big, big no. What about if you put a letter A on it, instead of an "er"? Still no. There will always come a point in the Biggie lyrics where you are not permitted to rap along. And you can't do blackface either, by the way.

It doesn't matter that you grew up in the projects or you voted for Obama or you're just doing a routine from "Blazing Saddles." It's a derogatory term that has been traditionally and is still frequently used by members of one race to insult and demean members of another race. The fact that it is now sometimes appropriated in different contexts does not change that, and it most especially doesn't change it with regard to you as a white person applying it to black people. Are you bothered that this means African-Americans have cultural permission to do something that you can't? You feel that's unfair? Yes, let's whine about unfairness; this will be fun. You talk about how you can't say the N-word, and then I'll point you to all of American history up to and including this very moment. You can't use a single word? SO TOTALLY UNFAIR. Get over it. But if you need any further evidence that it's not OK to say it, just look at the people who do: morons on Reddit and suspended schoolteachers.