Buzzy videos demand you grab the tissues, but they just make me feel manipulated 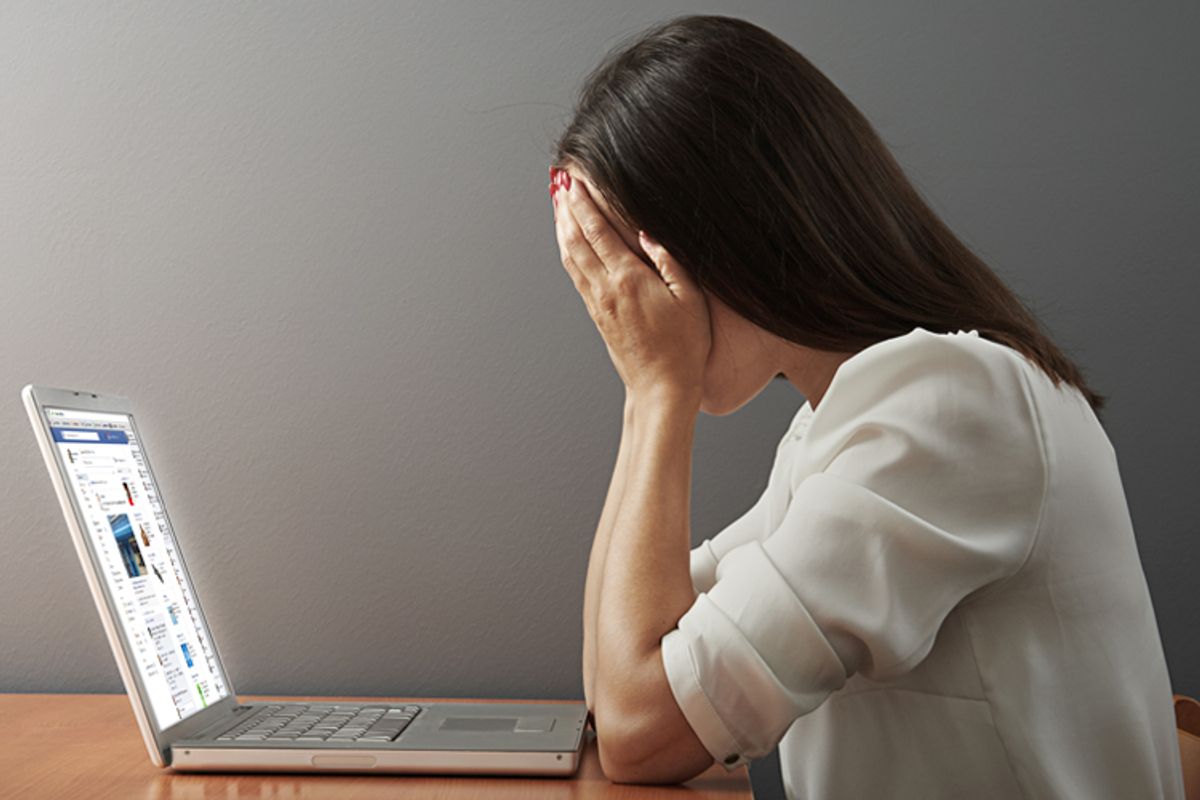 Do you feel like a good cry today? Do you want to see something inspiring? Maybe involving someone who was asked a question and gave a powerful response? Or someone who was bullied and gave a powerful response? Or something that nobody is talking about but is terrifying or scary or will make you think? Whatever it is, I guarantee The Answer Will Break Your Heart. Oh, and by the way, if your answer is no, I guess we know now what a soulless monster you are.

The treacly, vaguely guilt-inducing message has been around since long before it began clogging up your Facebook feed, long before the Web, even. It was there the day your mom got her first AOL account, and used it to forward you an email about a sick kid who wants to set a record for receiving the most cards or a cab driver bonding with an old lady on her way to the hospice. It usually ended with a message about paying attention to what really matters in life and a demand to forward it. Back then, it was informally known as glurge -- the treacle-flavored equivalent of a Nicholas Sparks novel in your inbox.

Since then, glurge has become more sophisticated. It is no longer the much-forwarded, possibly apocryphal tale of an angel carrying somebody through the snow. And it is definitely not to be confused with the rightfully awesome yet unprofound video of a piglet jumping into oatmeal or similar. No, this is the thing that happened to someone somewhere in the world and is now supposed to make you a better person. It's easy to spot – it's usually found after the words "You won't believe …" or "He had something terrible happen to him. Then he did something incredible." It's the touching HuffPo post that seems to be about one thing but really is about what an awesome human being the guy who wrote it is. It's the listicle that will Restore Your Faith In Humanity. BuzzFeed, by the way, is now editorially obliged to Restore Your Faith In Humanity at least once a day. It's the adorable Upworthy video in which a small child says something wise. And it's usually accompanied by a dare from the person who posted it to grab your tissues, because there's, like, no way you can get through this thing without it RAINING ALL OVER YOUR FACE. It's, as Oliver Burkeman pointed out in the Guardian last week, a Viral Nova headline like "Half Way Through This, I Totally Broke Down. I Don’t Want To Spoil It, So Just Get a Tissue And Look," the kind of story that "checks an extraordinary number of viral-emotional boxes."

I know that sites like Upworthy and Viral Nova are in their own way attempting to share stories that are not just about pointing and laughing at some guy's embarrassment. And as a friend recently noted, "I have a hard time judging a source of videos telling women and gay people that they're good the way they are." But if flash mobs and Improv Everywhere stunts were a shameless attempt to drag the Internet into an enforced cheeriness, the aggressive tear-jerker is its equally annoying, heartstring tugging, group sob-inflicting counterpart. It's usually served up in a manner cloaked in just enough mystery to make you want to click on that One Amazing Thing somebody said, and with the self-satisfaction-giving promise that when you do, you experience emotion, like a noble human. Watching Ted Talks makes you feel like you're smart and creative. Watching Upworthy videos makes you feel like you're good. But even that's not enough. Somehow, we've now created a world in which after proving to yourself that you're not made of stone, you're then encouraged to brag about it on Facebook, announcing that "This made me bawl my eyes out because I am still a person who cares about things and I am not yet dead inside and if you care about things you'll cry too!"

The world is full of amazing and powerful things. I don't even mind having those things pointed out. I don't mind that the power of the Internet can be used to share stories of strength overcoming adversity, or human rights issues, or true love. But I rarely need those things wrapped up in a promise that they "Will Make You Cry." I actually cry enough on my own, thanks. I don't need to be "destroyed," and I don't like being expected to. I have enough grief and regret and awareness of both the beautiful and terrible aspects of life to whip up the waterworks on a moment's notice. Plenty of people do. So how about we not couch these things in terms of morally testing the viewer's humanity, how about we not insist they will instill more feelings than have ever been felt in the history of feelings? How about we just share things that are interesting, without any implicit judgment of how they are received? How about the next time a box of tissues is invoked, it's for a sneeze? That'd be so nice, so refreshingly sane, it might even restore my faith in humanity.