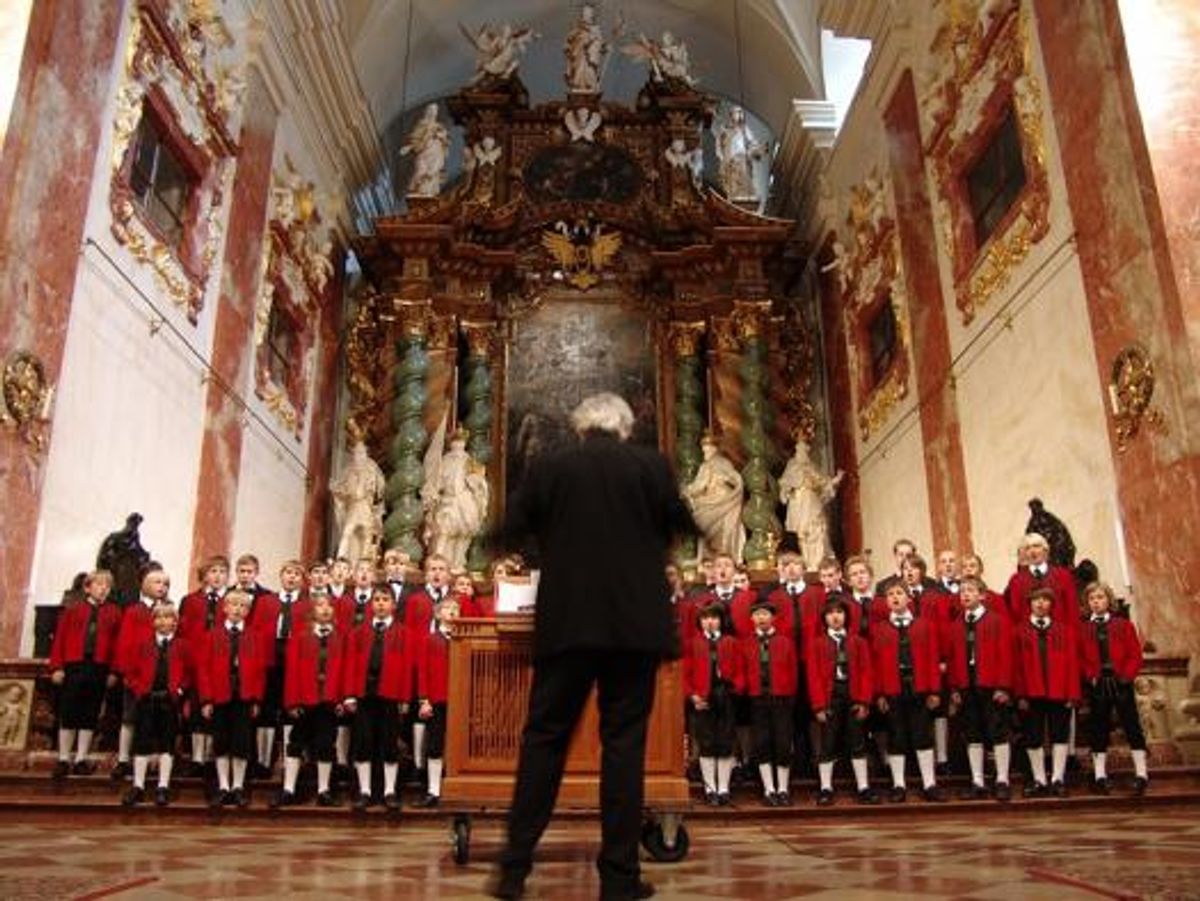 You might have heard about girls entering puberty earlier now than in the past, thanks to a yet-unclear combination of better nutrition and exposure to chemicals in the environment. But what happens to the goose, happens to the gander, too. Boys are also entering puberty slightly earlier than in generations past, and The New York Times Magazine this week looked at how that's affected… a boys' choir. To be specific, an 800-year-old boys' choir in Germany for which Mozart had once served as choirmaster.

The St. Thomas Boys Choir has a full range of voices, from soprano to bass, all of them covered by boys age nine to 18. The higher ranges must come from boys whose voices haven't broken yet. So it's been with European boys choirs for centuries. The Times compares the appreciation for boys' soprano voices to that for flowers that peak just before they die. People really appreciate stuff that could vanish at any time, I guess.

Boys' earlier puberty times may have escaped notice a bit longer than girls'.

These days, however, it's getting harder than ever for choirmasters to fill those top spots. Boys' earlier puberty times may have escaped notice a bit longer than girls' because boys' first signs aren't as obvious as girls' budding breasts and first periods, NPR reported in December 2012. But now a growing number of studies have noticed the male trend. Last year, a study published in the journal Pediatrics found a representative sample of U.S. boys entered puberty about a year and a half earlier than boys studied in the U.K. 40 years ago. The New York Times Magazine cited research from a University of California, Berkeley, demographer, which shows the age of puberty for boys has inched forward 2.5 months every 10 years since the 1700s. This latter research is more relevant to boys choirs, but it's a bit more uncertain, as records of puberty timing don't exist for boys 100 years ago or more, so it must use an indirect method of estimating 18th-century pubescence.

One way or another, choirs have worried about this for a few years now. One of the earlier articles I found about this problem dated to 2010. "I think the reason people find the research worrying is because choirs are a monument to tradition and they don't want to see them threatened," Samuel Hudson, a choirmaster the Blackburn Cathedral in the U.K., told the U.K.'s Daily Mail in a story about voice-dropping choirboys from January. But, Hudson said, the tradition is still going strong. "Our choir certainly isn't lacking in quality because of boys having to pass into the young people's choir sooner than in the past."

Check out The New York Times Magazine for a lovely profile of St. Thomas, a choir that requires a rigorous practice schedule and full-time boarding (which is part of the reason why simply recruiting younger boys doesn't work; they're too immature). And yeah, it's a little weird to see the magazine's photos of St. Thomas members whose faces still look so young, and then see them labeled as baritones and basses.