Richard Cohen's other outrage: Stop saying Chirlane McCray "used to be a lesbian"! 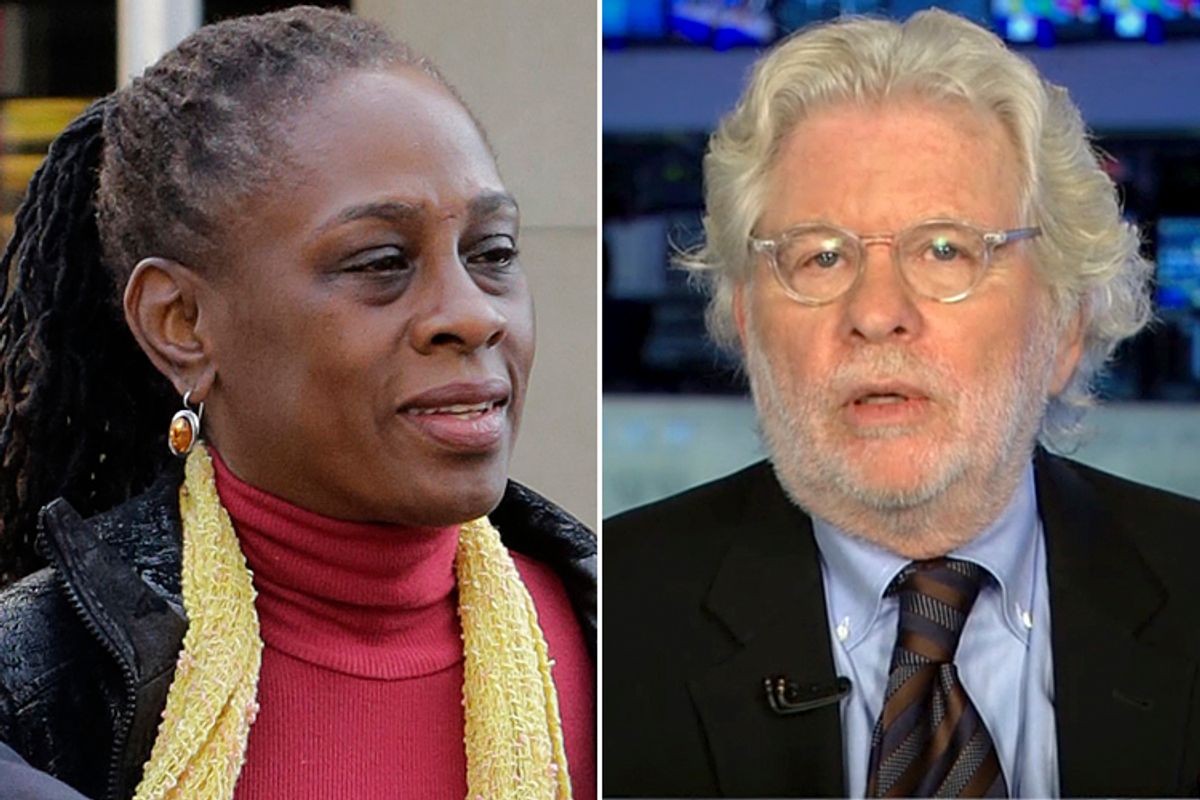 Here’s one way that Chirlane McCray, the next first lady of the nation’s largest city, has recently described her sexuality: “I am more than just a label … Labels put people in boxes, and those boxes are shaped like coffins. Finding the right person can be so hard that often, when a person finally finds someone she or he is comfortable with, she or he just makes it work.”

Here’s one way that Chirlane McCray has never been quoted describing her sexuality: “used to be a lesbian.” But that didn’t stop the Washington Post’s Richard Cohen, in the same repugnant paragraph surmising that “people with conventional views must repress a gag reflex” over McCray’s interracial family, from describing her that way. (Should I mention that he bracketed that observation in a “Should I mention” parenthetical?) Nor did it stop New York Times columnist Maureen Dowd (calling her Cohen’s “counterpart” seems a bit too cruel), in the same column that stirred campaign controversy by misquoting McCray on rival Christine Quinn, from saying McCray “wants to be the first first lady who used to be a lesbian …” (Dowd listed McCray’s sexuality next to Quinn’s same-sex marriage and Anthony Weiner’s Twitter problem as examples of a “campaign season of interesting sexual proclivities and possible firsts.”)

Guys, just stop. (And Thomas Friedman: If you’re getting any ideas, please step away from the computer.)

McCray, who’s worked as a speechwriter, editor and hospital marketing administrator, wrote a 1979 Essence essay called “I Am a Lesbian,” and is now married to New York City Mayor-elect Bill de Blasio, who is male. This is enough to compel reporters and pundits who should know better to imply McCray is some kind of sexual flip-flopper. If McCray had proclaimed herself a “former lesbian,” that would be interesting. (Witness the consternation set off by Cynthia Nixon telling the Times that “for me it’s a choice, and you don’t get to define my gayness for me,” which undermines some of the more conservative arguments that get made for gay equality.) But, again: That’s not what McCray said.

In 1979, McCray wrote that she was “fortunate because I discovered my preference for women early, before getting locked into a traditional marriage and having children.” When Essence asked McCray this past May how she told her now-husband “about your past,” she said she’d handed him that Essence essay and said, “Look, this is who I am and you should read this.” Asked if she was “still attracted to women,” McCray answered, “I’m married, I’m monogamous, but I’m not dead and Bill isn’t either.” She also quoted a friend: “It’s not whom you love; it’s that you love.”

Beyond a hair-trigger hypocrisy radar or a thirst for easy adjectives, it’s hard not to suspect that some of our highest-profile columnists are still captive to the stereotype that people must be – in the words of a 2005 Times headline -- “Straight, Gay, or Lying?” As I’ve written before, those stereotypes are part of the reason I didn’t come out as queer sooner, and I doubt I’m the only one.

If columnists like Cohen can’t come up with a quippy phrase to describe McCray’s sexuality without putting words in her mouth, perhaps they should consider just quoting her. When McCray was asked directly, last year, whether she was no longer a lesbian, McCray said, “Sexuality is a fluid thing and it’s personal. I don’t even understand the question, quite frankly.” That quote appeared in Dowd’s column one paragraph before the shorthand that the candidate’s wife “used to be a lesbian.” It appears she didn’t understand the answer.