Ranjit Sinha was far from the first to make the offensive joke about rape. But that doesn't excuse him 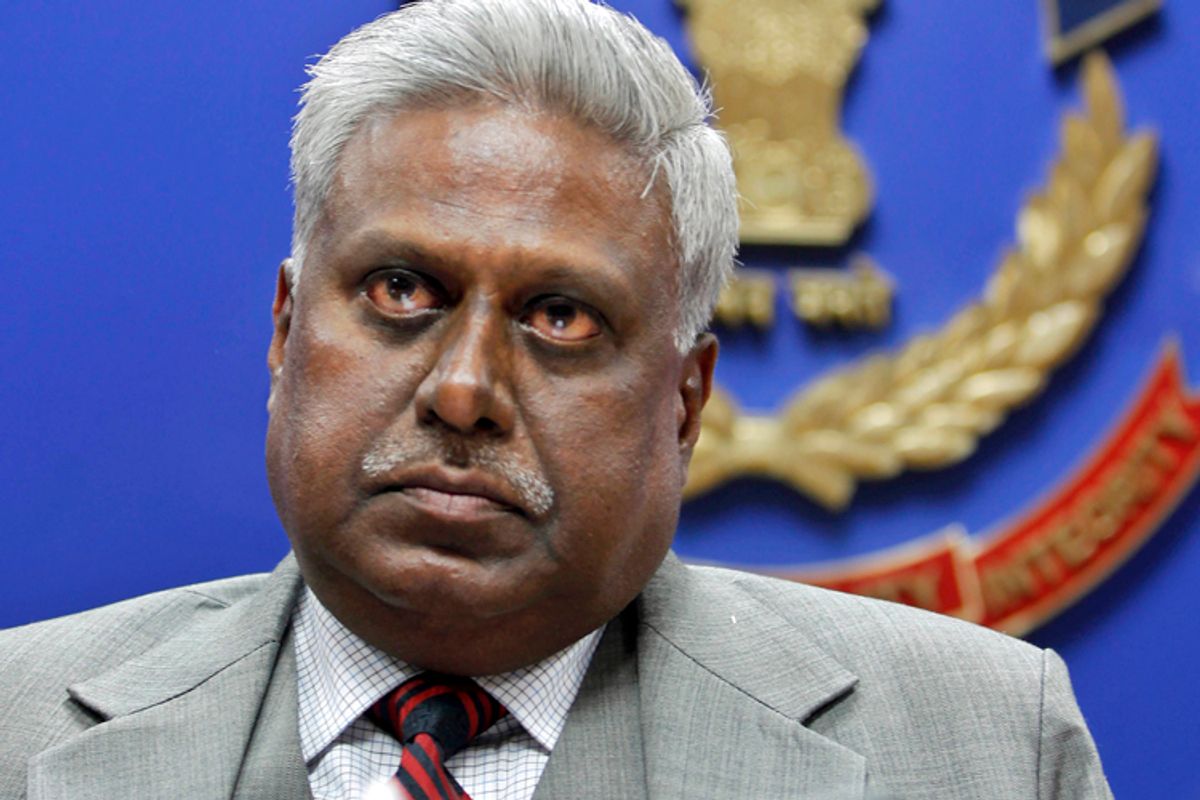 In the annals of idiotic rape jokes, this one wasn't even original. On Wednesday, India’s top police official, Central Bureau of Investigation chief Ranjit Sinha, apologized for his unfortunate metaphor of a day earlier. In a debate about legalized gambling, he said, "If you cannot enforce the ban on betting, it is like saying, 'If you can’t prevent rape, you enjoy it.'"

Sinha was not actually making the case for enjoying rape, it's true. His comment was a crude attempt to illustrate the point that just because something seems inevitable, it doesn't follow that it can be turned into a positive experience. He himself explained Wednesday, "I gave my opinion that betting should be legalized and that if the laws cannot be enforced that does not mean that laws should not be made. This is as erroneous as saying that if rape is inevitable one should lie back and enjoy it." But it was still a reference to a very old line that has been used for decades as both a stand-alone hardee-har-har joke and a completely bizarre turn of phrase.

In 1976, New York weatherman Tex Antoine was suspended from his job at WABC News for blithely transitioning from a report about the attempted rape of an 8-year-old girl with a crack, "With rape so predominant in the news lately, Confucius once say, 'If rape is inevitable, relax and enjoy it.'" In a 1988 interview, basketball coach Bob Knight explained his method for handling stress by saying, "I think that if rape is inevitable, relax and enjoy it ... I'm not talking about that, about the act of rape. Don't misinterpret me there. But what I'm talking about is, something happens to you, so you have to handle it -- now." In 1990, Texas Republican gubernatorial nominee Clayton Williams had to grudgingly apologize for comparing inclement weather to sexual violence with the observation that ''Rape is kinda like the weather. If it's inevitable, just relax and enjoy it.'' Soon after, in a tight race, Ann Richards squeaked past him to win the Statehouse. And earlier this year, during a public demo of Xbox's "Killer Instinct," a game producer told his female opponent, "Just let it happen, it’ll be over soon."

Whatever the context, it's always grossly inappropriate remark for anybody to make, one that at this point has the bonus ick factor of being the rape joke equivalent of "Boy are my arms tired." But with its most recent high-profile usage, the "enjoy it" trope had a particular sting coming from a law enforcement leader in a country that's recently seen several heinous sexual assaults. Last December, the gang rape and murder of a 23-year-old student made headlines around the world. In April, a 5-year-old Delhi girl was abducted, raped and tortured for days before authorities found her. And just last week, a 20-year-old Delhi woman told police she'd been kidnapped and raped by five men while she was on her way to class. Given all this, you'd think a law enforcement leader might try to work a little harder to come up with better analogies. And as Ranjana Kumari India's Centre for Social Research laid it out for the Hindustan Times this week, "It has become a habit of people in senior positions to treat the issue of sexual assault lightly."

Sinha now says he "regrets any hurt caused as the same was inadvertent and unintended. I reiterate my deep sense of regard and respect for women and commitment to gender issues." So here's a tip: When you want to make a statement on acceptance, choose your words a little more carefully. That goes for everybody, but it goes a little extra for the people who are supposed to be setting a leadership example. Next time, just stick with "Go with the flow" and leave the rape imagery out of it.