Before truthers: How JFK assassination coverage united us all 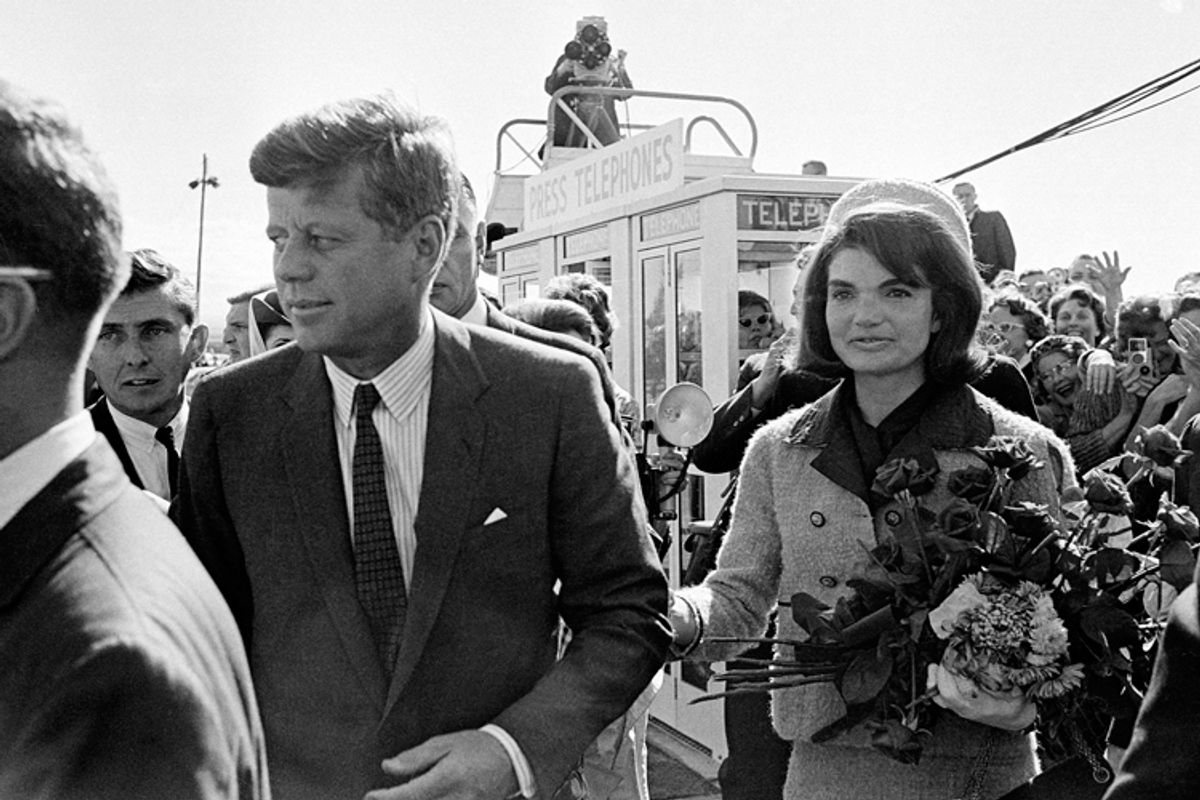 In the 50 years since the assassination of President John F. Kennedy, it has become a cliché to call it the first fully televised tragedy. But it’s hard for us to grasp how the continuous coverage impacted a generation that had never before received this kind of news in this kind of way.

“The relative newness of the television phenomenon required Americans to grapple with the uncanniness, as well as the anguish, of what they were going through,” writes Aniko Bodroghkozy of the University of Virginia’s Media Studies Department. “Americans constructed a very particular set of relationships with television as they endured the emotional nadir of that four-day ‘black weekend.’”

In the journal Television and New Media, Bodroghkozy describes and analyzes responses to the coverage as conveyed in correspondence from viewers to NBC news. She looked at 126 such letters collected in anchor David Brinkley’s papers and another 300 in a collection of anchor Chet Huntley.

What she found is fascinating both for its tone—overwhelmingly somber and appreciative—and for what it left out.

“Very few viewers express much interest in Lee Harvey Oswald, and there is no discussion about conspiracy,” Bodroghkozy writes. “Once the absolute shock and horror of the news that Kennedy had been killed began to sink in on Nov. 22, television viewers, from the evidence of those letters, appeared to have quickly moved into a phase of grief and mourning.”

And leading that mourning were the network news anchors. Of course, they hardly saw that as their role. Bodroghkozy notes that, in 1963, showing emotion was considered unprofessional for a television journalist. We’ve all seen the clip of a clearly shaken Walter Cronkite announce Kennedy’s death on CBS, but we sometimes fail to remember how quickly he regained his composure and returned to his just-the-facts style.

In spite of this reserve, however, viewers “articulated a powerful emotional closeness between themselves and the network anchors and reporters,” she writes. “Over and over again, viewers referred to the newsmen as close friends coming together with viewers to share their mutual grief.”

Bodroghkozy believes the still-new “conventions of television news, with its direct address creating the illusion of the newsman speaking and looking directly at the viewer, likely encouraged the feeling of closeness.” Most viewers were in a “vulnerable emotional state,” she notes, and many of them projected these feelings onto the anchors.

As she writes: “A New Jersey man told Huntley: ‘I now cannot help but see the sadness that has crossed your countenance, and I share your sorrow.’”

Still dazzled by this new medium, “Many viewers were highly conscious of the technology and technical expertise necessary to bring this coverage to the nation,” she writes. “No letters chided NBC for its technological stumbles and difficulties in the early hours.”

Rather, they “praised the artistry of TV cameramen for the beautifully composed shots they achieved” of Monday’s funeral procession. As Bodroghkozy notes, this was the era “before television news had become so routinized and conventionalized as to be taken for granted and invisible as a medium.”

So during those four days a half-century ago, Americans were simultaneously processing two new realities, intertwined and equally startling in their implications. Their young, vital president had been killed. And that box in their living room had become not only their primary source of information, but also a vehicle for communal healing.