The ugly reality behind shows like "Pawn Stars: Companies" could owe $40 million a year for stealing wages 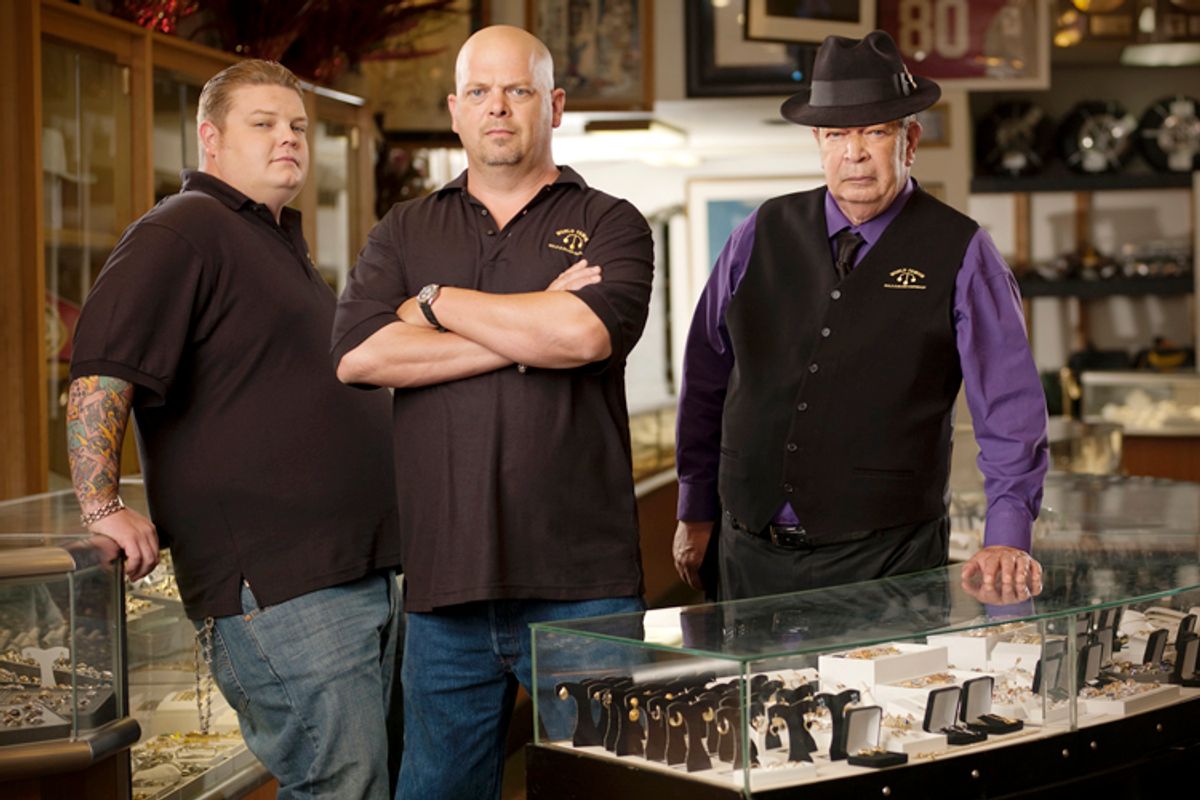 A new union report alleges rampant lawlessness in the lucrative and growing reality TV industry. The Writers Guild of America, East, which authored the report based on a survey of current and former non-union workers, contends that it reveals an ugly reality behind top shows like "Pawn Stars" and "Fatal Encounters," which have been supplanting unionized, scripted sitcoms and dramas.

“I’ve known people to work upwards of 100 hours in a given week while shooting and then had to immediately start writing the script upon return, with no down time, in order to have the script ready in time for the editor,” producer David Van Taylor charges in the report. “There’s no compensation for that additional work, and it’s especially hard when you have a family.”

The survey sample is at least somewhat self-selecting: WGAE sent a Web survey to 1,266 contacts who work or in the past six years have worked in nonfiction TV, and a quarter responded. But the union contends that the stark statistics from that sample reflect a broader industry reality. While 60 percent said they work over eight hours every workday, 85 percent said they never receive overtime pay. Forty-nine percent reported that their time cards “never” showed the actual number of hours they had worked, and 64 percent “said they’d been asked to turn in a time card that just said ‘worked’…” “I’ve worked up to 20 days straight, at least 16 hour days, with no time off and received the same pay [as] had I worked a regular 5 day, 40 hour work week,” wrote one unnamed respondent. WGAE alleges that the industry evades accountability in part by wrongly classifying employees as “independent contractors” or “supervisors” rather than rank-and-file employees.

According to the union, at least 17 companies are represented in the sample, including Leftfield Pictures (producers of "Pawn Stars"), Peacock Productions (producers of "Fatal Encounters") and MTV, none of which immediately responded to requests for comment on the allegations.

Today’s report comes amid growing attention to “wage theft” – the crime of companies not paying employees legally owed wages – and the related crime of “misclassification”: employers identifying workers as “independent contractors” in order to shirk legal responsibility. As I’ve reported, Houston’s city council (after a one-week delay) is this week considering denying government support to wage theft scofflaw companies; truckers at the Port of Los Angeles will strike today in hopes of winning employee status. The WGAE report pegs the industry’s potential legal liability at $40 million per year.

A previous union report found last year that reality shows had doubled as a share of prime-time TV programming, a shift that WGAE attributes primarily to a huge gap in production costs. While a “top nonfiction show on the History cable network might have an episode budget between $225,000 and $425,000 …” the authors of today’s report write, “By contrast, Royal Pains, a hit scripted show on the USA cable network, has an episode budget between $2 and $2.5 million …” Part of the difference: “Both the broadcast and cable scripted shows tend to have far more union workers, from camera crews to actors to writers and producers.”

WGAE is out to change that by organizing the non-union, non-scripted sector. Its report, which will be released Monday at a noon New York press conference with Rep. Jerry Nadler, D-N.Y., and Public Advocate-Elect Tish James, recommends collective bargaining – along with an industry code of conduct, “reasonable budgets and production schedules,” and government investigations – as a cure to what ails the industry.

“Sometimes it feels like we are treated like rental equipment,” one field producer told WGAE. “If you burn out or break you get replaced.”