Guess what, Hollywood. Movies about black life and love actually can do well. And I don't just mean Tyler Perry 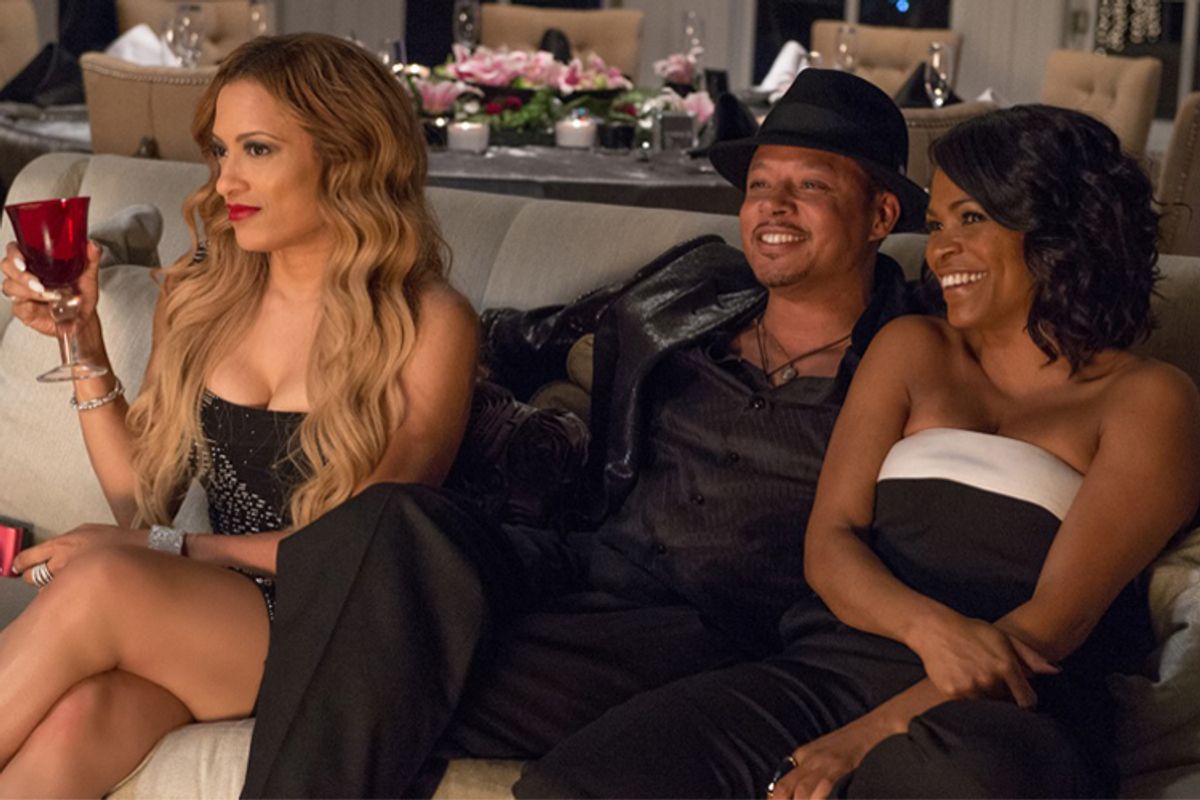 This weekend moviegoers filed in to see "The Best Man Holiday," the highly anticipated sequel to the 1999 film "The Best Man," to the tune of $30.1 million. For a film that cost only $17 million to make, this is a huge success.

Headline after headline marvels at the fact that the "Best Man" sequel nearly upset "Thor." And if we calculate per screen averages, the movie did just that. But what is most shocking to me is this continued American amnesia about black movies.

Every 10 years or so, African-Americans are forced to prove that we actually like movies about black life and love, particularly ones that aren’t about slavery. Meanwhile, Hollywood executives consistently manage to forget this fact, and then refuse to produce good black movies, on the grounds that they won’t sell.

Then movie critics further ghettoize these films by referring to them as “race-themed” movies. This kind of inaccurate language screams “film for black people!” And such thinking discourages white audiences from supporting.

I was an 18-year-old college student when the first "Best Man" movie came out. I often find myself nostalgic for the cultural moment of the 1990s, precisely because good-quality black cultural products were not an anomaly. The 1990s was the decade of good black sitcoms –"The Cosby Show" phased out in 1992, but was replaced by "The Fresh Prince of Bel-Air," "Family Matters," "Sister, Sister," "Living Single," "Martin," "Moesha" … I could go on. At the movies, I could see "Boyz N the Hood," "Menace to Society," "Jason’s Lyric," "Waiting to Exhale," "Set It Off," "Love Jones" and, yes, "The Best Man."

And I won’t even go into what it meant to be raised on hip-hop in the 1990s, to come of age during the era of Big and ‘Pac, to have my black girlhood narrated back to me through the mouths of fierce sistas on the mic in the decade of the female emcee where it was regular to hear Da Brat, Lyte, Latifah, Lauryn (as part of the ‘Fugees), Lady of Rage, Yo Yo … I could go on.

When "The Best Man" came out, followed swiftly by "Love and Basketball," "The Wood" and "Brown Sugar," no one could have believed that the next decade would be characterized by the shamtastic, simplistic work of Tyler Perry. Folks frequently applaud Perry’s business model and claim that it is he who kept black actors working in a period when they could not get jobs.

Such thinking fails, though, to ask why black folks fell out of fashion when our star continued to rise.  How did Tyler Perry come to be Black Jesus? And why did we come to believe black film and television was in need of a savior?

I mean why, exactly, is the saturation point for black films so low in Hollywood?

If I can put it bluntly, we live in a world that is largely uninterested in talking about black life and black people. After nearly a decade of successful black television and movies, white studio executives got lazy and convinced themselves that Hollywood had achieved King’s dream, that black projects didn’t need robust funding or support.

Instead, white studio execs could go back to talking about what they liked most: white people. The same thing happened in television. Black sitcoms were outsourced to fledgling cable networks like the WB, UPN and the CW. When shows like "The Game" and "Girlfriends" and "Half and Half" helped the CW to gain sound economic footing, then such "urban" programming got the proverbial hatchet, as these networks tried to transition to more “mainstream” (read: white) programming.

In this regard they followed the script of the Fox Network, which cut its teeth on the bread and butter of urban programming in the 1990s. ("Martin," "Living Single," "In Living Color," anyone?)

This is the logic of post-racial thinking in practice. By this logic, the highly visible presence of a few black cultural products (or a black president) is taken as a surrogate for the actual achievement of black cultural (or political) equality. The success of these projects is met then, not with more vigilance, but rather with a kind of benign neglect (at best) or a vicious foreclosing of good black cultural production (at worst).

So here we are again. Having been starved of good, complicated and humane representations of black life on the big and small screens for the better part of a decade, black folks deeply craved the return of "The Best Man."

As I sat in the theater, laughing, crying and reminiscing, I felt like I had been reunited with friends that I had not seen in far too long. Certainly, there were things I took issue with in the movie.  [No spoilers.] I wanted more screen time and character development for Jordyn (Nia Long), the character to whom I most relate and who had been central to the plot of the first film.  I felt like the Christian themes in the movie were much more heavy-handed than in the first, and in this regard, bore all the traces of a movie produced in the age of Tyler Perry.

But mostly, I enjoyed myself and reveled in watching successful black folks struggle to keep up the façade of success, especially while encountering market pressures to produce. I watched a family’s faith being tested, and I watched these black couples and friends struggle through and work out their friendships and relationships with one another.

This is the kind of black life that I know. And it felt good to be able to go to the movies and see characters I could relate to. Because they were black and college-educated and human and complicated, yes. But mostly because the film took black humanity as a given rather than as a thing to be proved.

Nostalgia can be a dangerous thing. It makes us look at the past with rose-colored glasses, determined to demonize the current moment while forgetting all that didn’t work about the past. But then there is racism, which is premised on a kind of forgetting. In this country, racism works by giving a few crumbs (during Emancipation and Reconstruction, then again during civil rights) and snatching them back with a vengeance, while smacking you for reaching out your hand.

In those moments, remembering becomes really important. We should remember that there was robust black film and television in this country before we ever saw the likes of a Tyler Perry. Therefore, there is no need to tell the story as though he was Jesus come to save a dying world.

I hope "The Best Man Holiday" is the start of something beautiful again, the start of complicated, multilayered portraits of black life that round out (rather than silence) the world Tyler Perry has created. I hope these films in all their beauty expose the racial lie of Hollywood, namely that black art doesn’t sell and that black life doesn’t matter..

Being seen, being recognized, when you have been unseen and misrecognized for so long, absolutely matters.