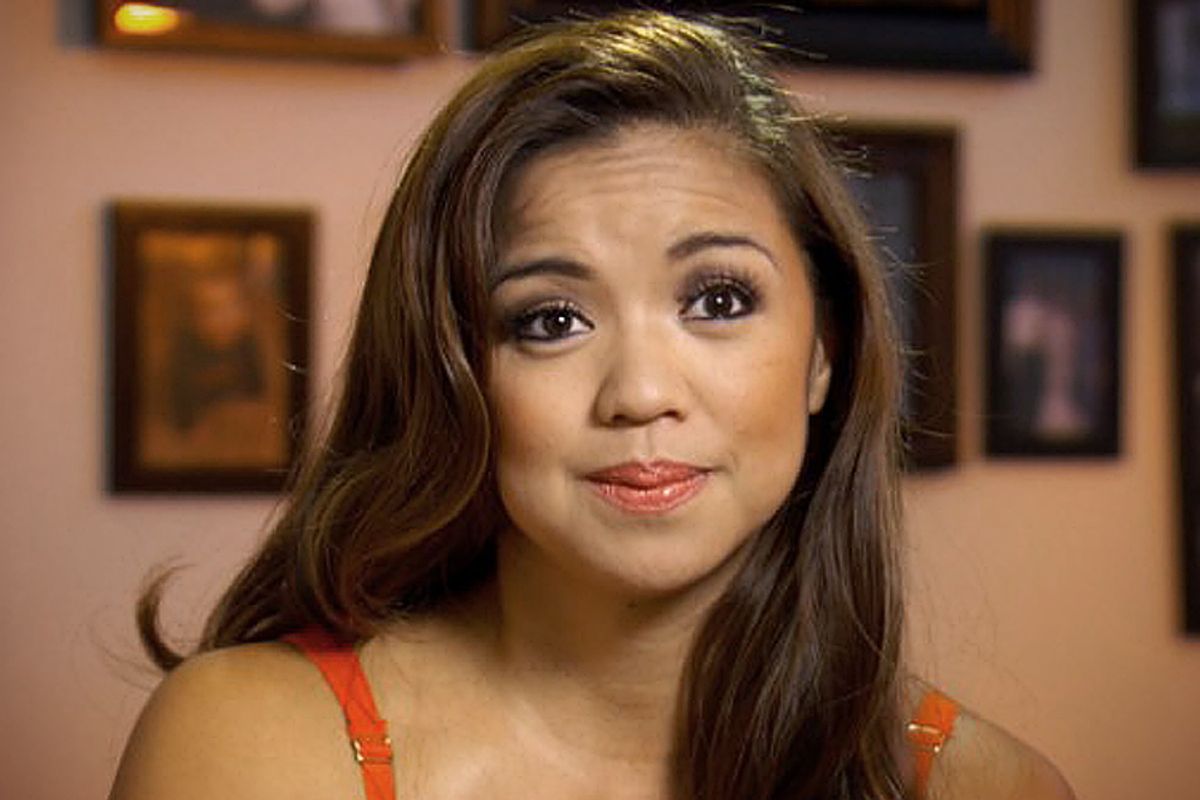 Maria Kang says she's "sorry/not sorry." Well, in that case, let me be among the first to accept/not accept your apology.

You may remember "fit mom" Kang from earlier this fall, when a photo of her in midriff-baring workout clothes, surrounded by her three children, and accompanied by the confrontational challenge, "What's your excuse?" went viral. In the ruckus that followed, Kang was described as being a healthy motivator or a fat-shaming bully, depending on how you view these things. As one of her commenters explained, "People like you who post pictures like this make me cry because without surgery I will never look like you." At the time, Kang defended her tough love stance, telling the "Today" show, "However your body physically manifests in the process of exercising and eating healthy is beautiful. And it doesn't have to look like mine."

But Kang seemed to contradict her own statement that it's not about looks recently when she took to Facebook to criticize another viral sensation -- Curvy Girl Lingerie's Facebook campaign encouraging customers to submit photos of "regular" women in their underwear. As Curvy Girl's Chrystal Bougon explained of the idea, "For most of us Curvies, we will have rolls, bumps, lumps, scars, stretch marks, surgery scars, breasts that are natural and that have breast fed our babies. And we can still be STUNNING and BEAUTIFUL." Kang had a different point of view. Writing on Facebook, she declared, "I was a little peeved because while I feel like it's ok to love and accept your body, I think that we're normalizing obesity in our society."

Ridiculously, after a user complained, Kang was temporarily booted from Facebook and her post was removed as "hate speech." Kang told Yahoo! Shine Monday, "I felt like I’d been sent to the principal’s office and been expelled. We’ve become so sensitive to this weight issue that people who speak out against it are vilified. It’s so backwards to me."

Kang's comments didn't deserve to be banned, even if they weren't the most enlightened or sensitive. That was an idiotic move on the part of the complainer and Facebook. But that doesn't mean Kang's remarks should go unchallenged. In a revealing follow-up post on her site, Kang tries to explain the roots of her concern for "our obesity crisis in America" – her own "hateful relationship with food that triggered several years struggling with bulimia," and a mother whose lifestyle – and heart and kidney problems -- deeply affected her. Kang says, "I feel a lot of pain," and she describes how her parents couldn't be with her on her wedding day because her mother had to be hospitalized for an infection. "Many have called my reflection of this pain selfish, after all, my mom was struggling to live at the hospital," she writes. "What they don’t understand is whether realized or not, these unfortunate circumstances could’ve been prevented if she lived a healthier lifestyle. Many feel I am selfish for not being compassionate to her ordeal, while I feel she was selfish for not taking care of her health my entire life."

By her own admission, Kang has a great deal of personal experience with the toll that unhealthy relationships with food take on a person and that person's loved ones. Kang's concerns about the very real health risks of obesity have validity. We live in a country in which junk food and sedentary lifestyles are killing us, and giving our children long-term serious health problems. She has also in the past posted photos of her less-than-perfect stretch marks and post-baby excess abdominal flesh, so she should have some experience with the kind of vulnerability it takes to expose oneself.

But where Kang fails in both logic and, spectacularly, empathy is in her inability to distinguish the difference between her own family history and a photograph of a real woman whose health and circumstances she knows zero about, beyond the size of her body. She assumes that because a woman is bigger than Kang-size – and worse – isn't ashamed to be, we're "normalizing" something she assumes is, well, as she called her mom, "selfish." She writes on Facebook, "No one should be ashamed of who they are, at the same time, in order to desire something greater, you have to – at some level – be uncomfortable with where you are at." Which is fine if you're the sole arbiter of everybody's "greater," or if you assume that being a certain size is automatically unhealthy and selfish.

In much the same way that Lululemon's Chip "Your Fat, Scratchy Thighs Are the Problem Here" Wilson compounded his already not-great statements by issuing an apology that was all about how "sad" the whole controversy made him, Kang conveniently turned her tone-deaf remarks into a chance to talk about her resentment that her mother wasn't with her on her wedding day. Here's what she could have considered instead. You can inspire people to eat healthy foods and to move their bodies without declaring yourself "peeved" that other people are quite contentedly – quite bravely – putting themselves out there despite not having washboard abs. You can motivate without an obvious disdain for people who are different. And you can be sorry when you're wrong. Just sorry.