Florida Congressman questions Obama's praise for Wal-Mart: “What has Wal-Mart given the president in return?" 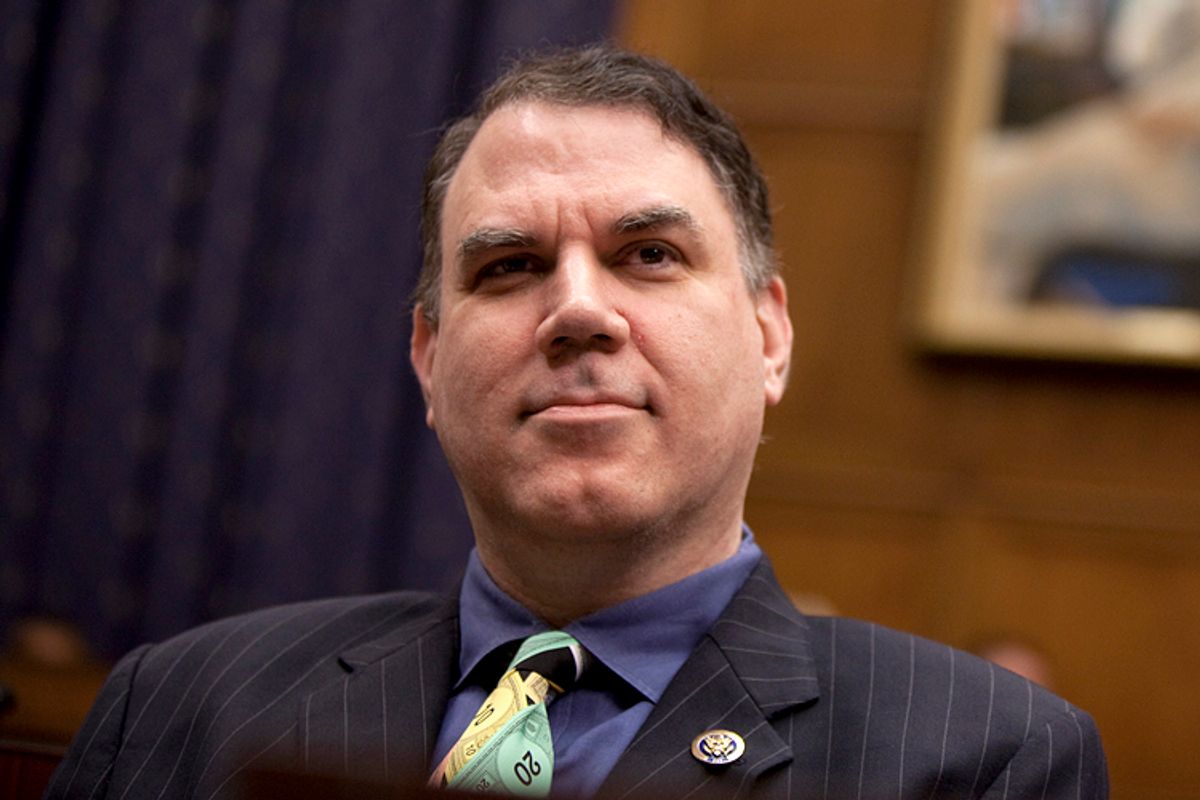 Firebrand Congressman Alan Grayson hailed Black Friday civil disobedience in an afternoon interview, saying the protests by Wal-Mart workers and supporters show “the dissatisfaction of the middle class” since the 2008 financial crash “coming to a slow boil.”

Members of the union-backed workers’ group OUR Walmart promised 1,500 protests today, including nine civil disobedience actions. Organizers say at least eighty-one total people were arrested among six of those actions, including a St. Paul protest which included both Walmart workers and striking sub-contracted janitors who clean buildings for Target. “Even people who are employed now, many of them are not making enough money to survive,” said Grayson. “And the outlet more and more for people that they see is this kind of civil disobedience, because the political system has become completely unresponsive to their genuine concerns and their physical needs.”

In a Friday statement, Wal-Mart Vice President David Tovar said that the company pays “on average, close to $12.00 an hour” and “The real issue isn’t where you start. It’s where you can go once you’ve started. Retail is one of the few industries that has jobs at all levels and ongoing advancement opportunities.” Using Glassdoor.com and 2011 IBISworld data, OUR Walmart has pegged the retailer’s hourly wage at below $9.

Grayson charged that the company “feels compelled to cheat its own employees to the point where they’re forced to turn to public assistance simply to stay alive.” The common thread between deadly disasters at factories which have supplied to Wal-Mart in Bangladesh and abuses in the United States, he contended, is that “Wal-Mart is a machine that exists solely for the purpose of enriching its owners and…the top managers of Wal-Mart, and in so doing wreaks havoc on the lives of both workers and suppliers.” As workers have in industries like miners and auto, he argued, the solution “is for people to get together and stop fighting each other, but rather fight the boss and beat the boss.”

As I’ve reported, Grayson cited Wal-Mart’s firing of activists - including a worker he had accompanied when she went on strike last Black Friday - when he introduced a bill in June to dramatically broaden and strengthen the remedies available to workers fired for organizing. Asked Friday if that bill has gotten traction in the House, the Florida Congressman told Salon, “not yet,” but that it was an effort to “point things in the right direction” for a time when the House has more progressive leadership.

While some congressional Democrats have joined Grayson in blasting the retail giant, the Obama Administration has not. Asked whether the Administration’s repeated praise for and appearances with Wal-Mart hurt the workers’ cause, Grayson told Salon, “It certainly doesn’t improve things.” Then he asked, “What has Wal-Mart given the president in return? Or, for that matter, what has Wal-Mart given to the president’s constituents in return?”

Grayson said he expected today’s civil disobedience to have an impact because “it shows that people are willing to put their lives on the line, and at least temporarily their liberty on the line, in order to improve the circumstances for working people in this country.” He cast those circumstances as dire: “We’ve established a system that makes a tiny, tiny number of people unbelievably wealthy at the expense of everyone else - and turns everyone else into debt slaves and cheap labor.”