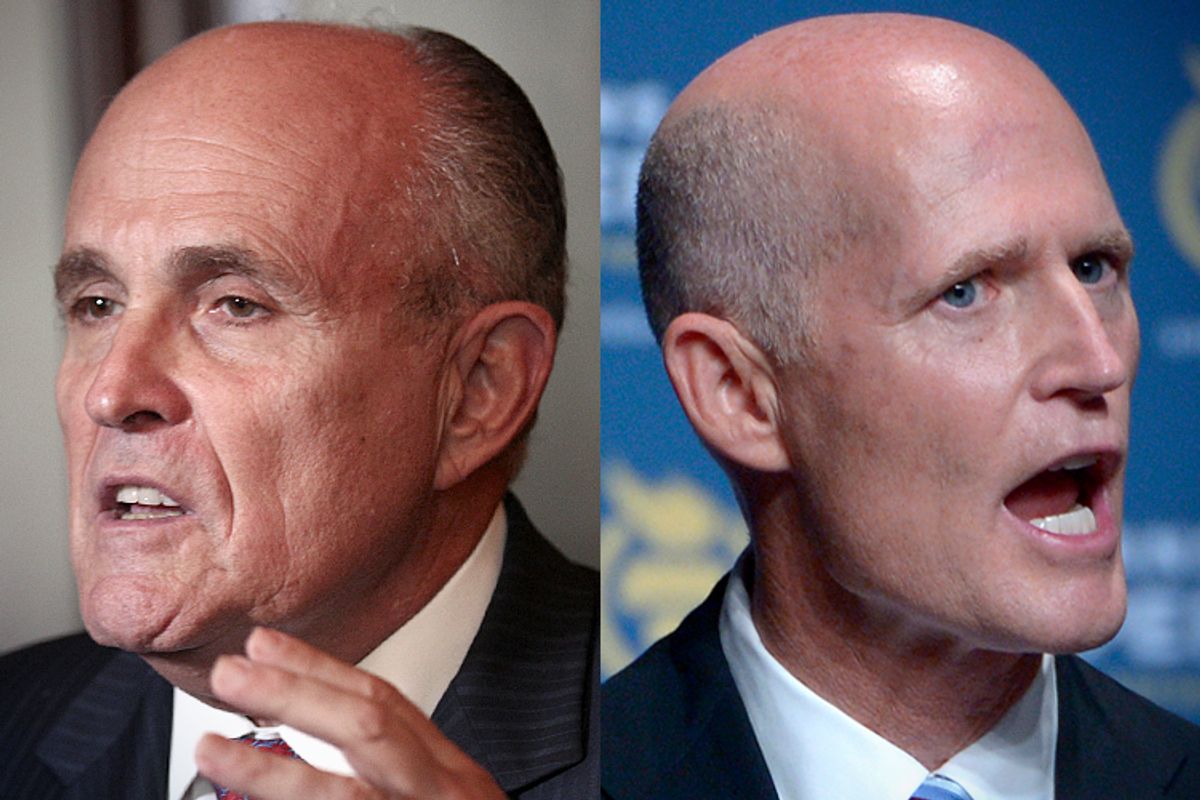 With accusations of abuse directed at private companies providing public services, a package of privatization safeguards is expected to be introduced in nearly half the nation's state legislatures in the next session, according to a group pushing the measures.

“If you contract to fix your car or paint your house” and “don’t figure out exactly in advance what you want, and get that done precisely, and you don’t watch real closely, then you get screwed,” said Donald Cohen, who directs In the Public Interest -- a project of the Partnership for Working Families, which produces research critical of the subcontracting of government work -- and chairs the ITPI Action Fund, a 501(c)(4) that pushes legislation. “That’s what happens with contracting.” ITPI’s funders include foundations and unions.

In a report being released Wednesday afternoon, ITPI urges adoption of a battery of measures to confront alleged abuses by such companies providing public services. According to ITPI Action Fund, legislators in nearly half the states – including California, Maryland and Pennsylvania – plan to introduce versions of that legislation.

To increase transparency, the ITPI package would require governments to disclose online how much contractors cost and how many people they employ, and require each company with a contract to “open its books and its meetings to the public.” To promote accountability, ITPI urges states to establish minimum staffing devoted to oversight, bar scofflaw companies from receiving contracts, require clauses letting governments cancel contracts based on broken promises, and limit contracts to companies that guarantee a cost savings of at least 10 percent. To advance “shared prosperity,” ITPI would require wage and benefit standards for subcontracted employees, and impact analyses taking into account potential outsourcing’s effect on the environment, local business and social services. And in the name of competition, ITPI’s program would forbid language promising profits for contractors or allowing automatic contract renewals, and would require that direct public employees have the chance to submit competing proposals for work the government is considering contracting out.

“There’s a myth around private sector doing things cheaper, better, faster, which turns out not to be accurate,” Cohen told Salon. He contended that recent outsourcing abuses make the case for reform.

The forthcoming ITPI report, “Out of Control: The Coast-to-Coast Failures of Outsourcing Public Services to For-Profit Corporations,” offers a parade of such alleged abuses. Among them: In New Mexico, a district judge sided with the city of Truth or Consequences (that’s the actual name) when it refused to share video recordings of city commission meetings on the grounds that an open records law didn’t cover the private contractor that did the recording (that ruling was overturned by an appeals court). In Indiana, a private toll road operator refused to let state troopers shut down a toll road due to a snowstorm. In Florida, the Palm Beach Post found that three out of six private prisons saved taxpayers no money. In Chicago, a 75-year contract signed in 2009 restricts the government from adding bicycle lanes or sidewalk space because of the potential impact on private parking meter profits. In New York City, a 1998 contract with the private company CityTime to oversee time records of public employees was still unfinished a dozen years later, after costing taxpayers over 10 times the expected $63 million price tag.

“The rationale has long been that work or things might be done better by bringing in outside experts,” said New York City Comptroller John Liu, whose office investigated CityTime. “In New York City, that line of thinking has largely failed … Part of it is the sheer lack of oversight over these outside consultants, who are given too much free rein and too much flexibility in the contractual agreements with the city.” Liu told Salon that the CityTime example had also shown that “the work can always be done in-house, if the will is there.”

“Desperate governments will do desperate things,” said Cohen, “and … there is a huge industry whose purpose and mission is now to walk the halls … saying, ‘We’ve got a deal for you.’” Still, he argued that public attention to the role of contracting in the Healthcare.gov and Edward Snowden stories and the trans-ideological appeal of “fiscally prudent government” offered an opportunity to effect reforms. Signs of progress cited by ITPI include the suspension of the process of Chicago airport privatization, the cancellation of a Cincinnati parking lease, and media scrutiny on a Nashville private prison contract under which taxpayers owe Corrections Corporation of America extra cash when prison occupancy falls below a contractual minimum.

In recent years, the right-wing American Legislative Exchange Council – shamed and slammed for its role in pushing “stand your ground” -- has become the country’s most famous exponent of state-level model legislation. Cohen argued progressives’ critiques of ALEC would not apply to his group’s efforts. “ALEC doesn’t get attacked for having model legislation – that’s not a bad thing,” Cohen told Salon. Rather, he charged, through ALEC “you have private prison companies sitting down with legislators writing legislation that will help create market opportunity for them.” In contrast, said Cohen, “We don’t benefit from this particularly. I mean, we benefit because we actually believe that government should be good and should be run well.”