D.C. is a city of the young. For some of them, the most pressing ambition is finding a place to live 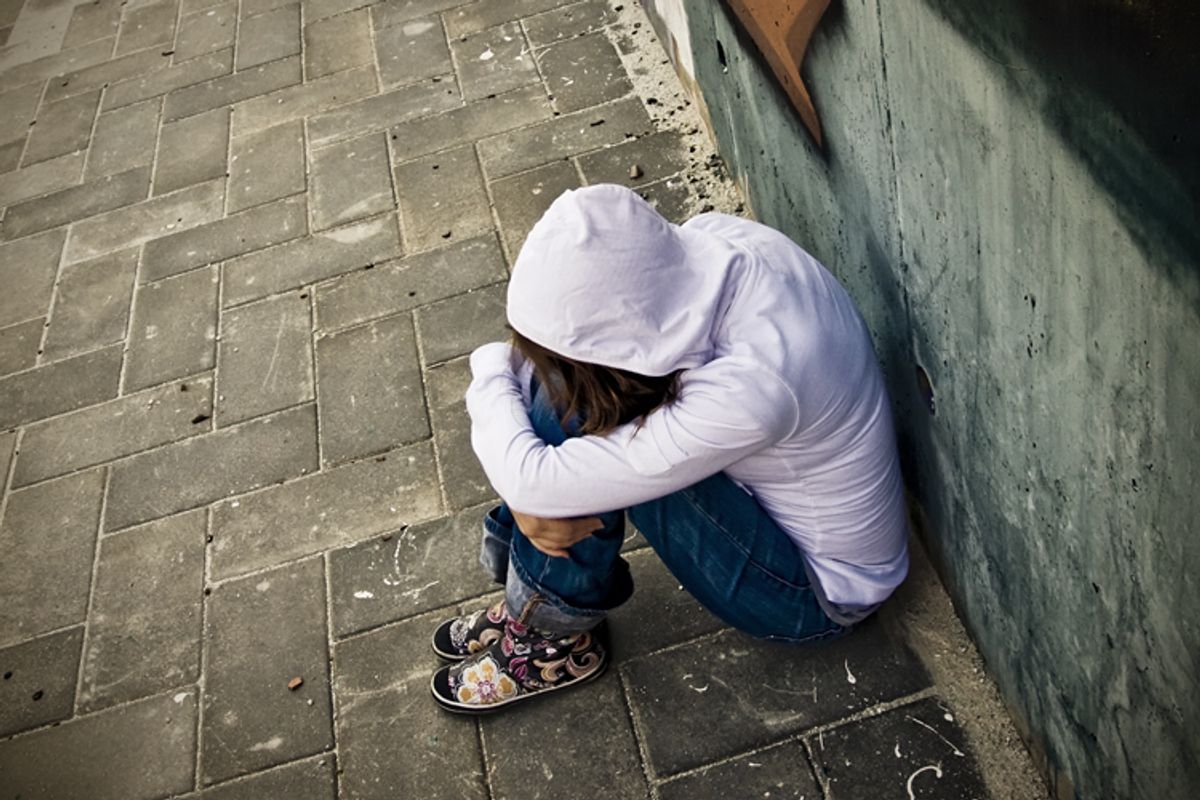 (Jose AS Reyes via Shutterstock)
--

This article has been clarified since it was originally published.

Circling D.C. General, the district’s largest homeless shelter, it’s painful to imagine anyone sleeping inside. Plywood boards up the windows. Over the door, the word “hospital” looks as though it has been chipped away to disguise the building’s previous life.

Out front in the cold, mothers with small children stood huddled together outside the family shelter. They have babies on their hips and toddlers at their feet. One little boy peeked up at me from beneath his dinosaur stocking cap.

He is one of the 600 children living in this shelter, down the road from a morgue, stuck between a jail and a detox clinic. His mother, whose name I didn’t catch, looked to be around my age. Experts like to call  us “millennials,” 20-somethings sorting out the world. She is one of the thousands of homeless peers most of us never consider when grumbling about dead end jobs, skyrocketing rent or lack of fulfillment.

She’s literally been pushed out of sight, in southeast, D.C., a part of town rarely visited by the roughly 12,500 young adults who move to D.C. each year.

I am one of those transplants. I landed here two years ago and lamented about sleeping in a friend’s laundry room for a week. It seemed like a real war story and I recounted it to fellow millennials at bars and dinner parties.

Entering through a single metal detector into the shelter, a line of young women my age filing in behind me, I couldn’t help feeling ashamed by the fact I’d seldom considered their lives here, without their own apartments. For months they sleep in spaces not much bigger than that laundry room.

The reality set in. The hallways reek of syrup, pepper and urine covered in bleach. Laminated signs hang on the walls, alerting residents to eat meals in the cafeteria to keep the roaches under control. Inside each room, scratched oak dressers and black bed frames with thin sleeping pads sit atop cold, white linoleum. Some of the women said there was no hot water that day.

“Having this experience makes you very humble. It makes you see life way out of the box,” Helena Pannell said.

She stares straight ahead toward a mural on the wall. “It’s always impossible until it’s done,” it reads. She wore purple jeans and argyle socks with plastic slip-on sandals. She covered her hair with a black shower cap. At 23, her soft brown eyes are heavy and tired. She’s married with four kids, ages 6, 4, 2 and 3 weeks. Bringing a new baby back home to a shelter “is disappointing,” she said.

“I try as much to keep a smile on my face instead of just crying about everything,” Pannell said scooting toward me. “I try to find a way out.”

She’s in school to be a nurse. Pannell has lived at D.C. General for eight months. The shelter’s $13.8 million-a-year operating budget provides her with three meals a day, a caseworker and a health clinic. Pannell says she rarely eats the food. Instead, she feeds her kids non-perishables she keeps in her room. Sometimes she and her kids get meals at families’ houses to give everyone a break from the shelter.

Pannell keeps to herself. She worries her neighbors aren’t the best influences. “When you come in here, you have to be mentally strong enough. If you are not, you will slip and fall between the cracks and just be down and out with a lot of other people.”

Pannell moved into the shelter after she lost her job. Her student loans from a medical training program piled up, and she found herself pregnant with her fourth child. She lost her apartment and lived with family until she and her husband decided a dilapidated shelter, 20 blocks east of the Capitol, was their best chance at getting a fresh start.

Her mom and grandma say they “didn’t raise [her] up” to sleep in a shelter.

“This is not some place where I have to live for the rest of my life,” she often reminds them. “It is just to get myself straight and never have to come back again.”

D.C. General is brimming with the stories of forgotten millennials like Pannell. Of the 288 rooms at the shelter, more than 215 are filled with residents between the ages of 18 and 30.

Canisha Burke, 21, doesn’t like to think of herself as homeless. Her bob and shaggy bangs are trendy. She wears a bright blue sweater, a black pencil skirt, tights and boots. She’s always on her way to church. She shook my hand so forcefully it’s difficult to believe that when she entered D.C. General in October 2012, she had a tough time falling asleep.

“It was hard when I first came here. It was a big facility, and I was scared. I used to sleep with my light on,” she remembers.

Burke, a single mom, has three boys, a certificate as a home health aide and a high school degree. Since she graduated in 2010, she hasn’t been able to find a steady job.

Both Burke and Pannell say it’s only a matter of weeks until they are out in their own places again.

“It is hard for a single adult coming out of college to find a job,” says D.C. General’s deputy director Michael Berry. “Talk about a single mother with three children ... it’s going to be a challenge.”

D.C. General has struggled over the years to cope with the ballooning number of residents. Reports of broken heaters in the winter, mildew and overcrowding have surfaced from time to time. In 2010, a series of allegations that shelter employees were propositioning residents for sex also put the spotlight briefly back on D.C. General.

In a city consumed with the news coming out of the White House, however, stories about a homeless shelter can get buried below the fold. Homelessness doesn’t come up in criticisms of our tech and self-obsessed generation. The financial struggles of homeless young people are far beyond the pale of any undergraduate who finds herself thrust back into her parents’ basement. Their battles with illiteracy, unemployment and mental illness aren’t played out on “Girls.”

The young people at D.C. General are a part of our generation, part of the fabric of the country we’re shaping. They are too often our forgotten peers, the students we never knew at our private high schools or colleges.

The Annual Homelessness Assessment released in 2012 found that nearly 24 percent of the homeless residents living in shelters across the country are between the ages of 18 and 30.

D.C. City Councilman Jim Graham, who focuses on homeless issues, says D.C.’s up-and-coming millennial class has an obligation to work toward a solution to curb homelessness.

“When you are the same age as someone else, you can look into their eyes and see yourself,” he says. “If we can get that young population who isn’t homeless motivated to help the young population that is, that would be huge.”