Millennials strike back: No, we're not just whiny babies! 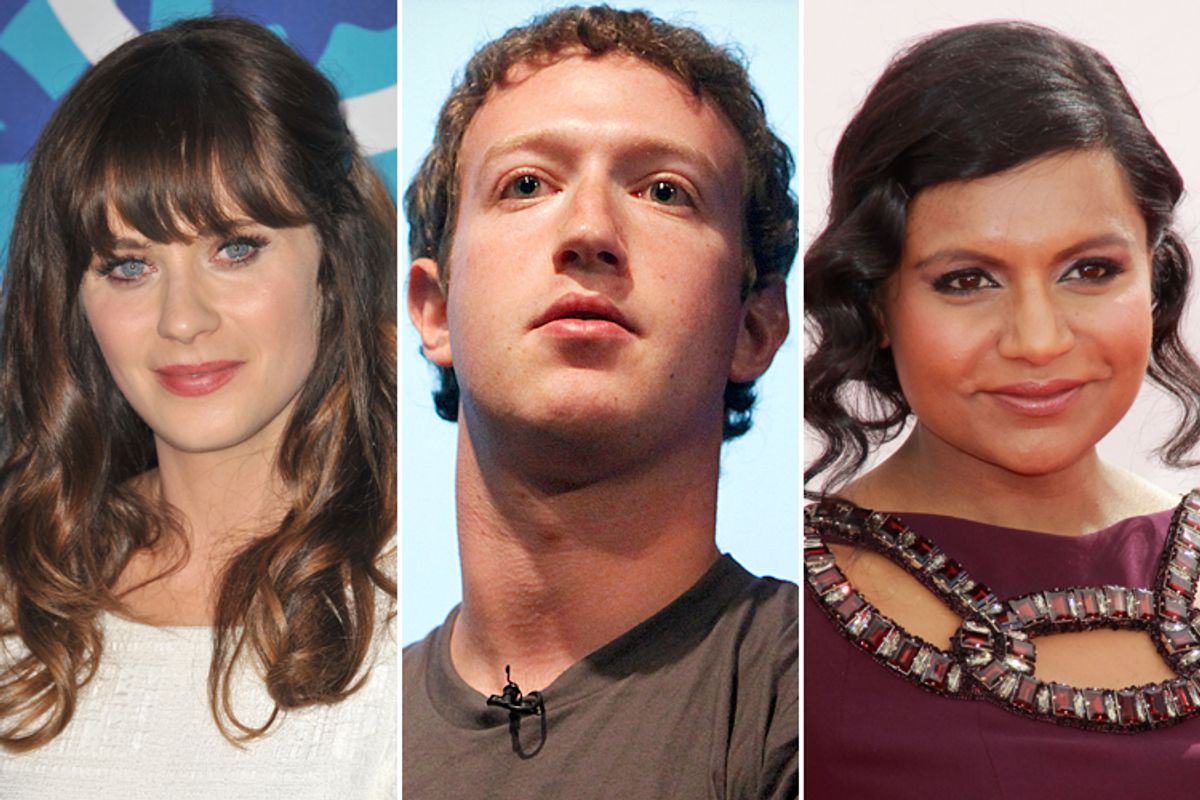 How do you make fun of a highly tech-savvy demographic while trying to dodge the inevitable backlash? Simple: you couch your criticism in terms that seem to come from some other place, while eventually circling around to mark your real target. Brooke Donatone followed this formula to the letter with a recent article at Slate titled "Why Millennials Can't Grow Up." Rather than write just another screed about millennials' legendary self-obsession, Donatone chooses to hurl invective at "helicopter parents," and their supposedly deleterious effect on the mental health of their millennial children. This rhetorical flourish is little more than a fig leaf for what is fundamentally just another crude hatchet job against roughly 76 million Americans.

In her article, Donatone merrily skips toward the conclusion that a generation of over-parenting has produced a group of people who cannot “do laundry and homework on the same day.” Apparently unable to conceive of any legitimate sufferers of mental illness under the age of 35, she paints the picture of a generational cohort who've never had to solve conflicts, and who are cripplingly dependent on their parents for everything. Along the way, she inserts tidbits of self-praise (e.g., “A generation ago, my college peers and I would buy a pint of ice cream and down a shot of peach schnapps [or two] to process a breakup”) and a few colorful details (“Google now has Bring your Parents to Work days”). She even alludes to the impact of the Great Recession and how a dearth of jobs has made “breaching adulthood” more difficult. But all of this is merely a prelude to the great sanctimonious finish: All the problems of Gen Y will fall away if we start exercising and dating online. You know, all those things that real adults do. She asserts that everything will be better when we simply learn to “cope.” Such an inflammatory charge should not be made with such a cavalier air; the single 30-year-old patient who's been presented as the article's protagonist does not count as a "trend."

For this article, we interviewed a number of millennials who have firsthand experience with mental illness. (For obvious reasons, they asked that their names be withheld.). We got no sense that their problems could be solved simply with an OkCupid account and a gym membership. On the contrary; taken together, a grim reality emerged: Youth is no bulwark against the lasting psychological damage that more mundane problems can exacerbate (and even sometimes cause).

Most of the people we talked to didn't even consider treatment to be their first option. Rather than run off to the therapist's couch at the first breakup, the majority spent their adolescence ignoring their potentially serious illness. Some weren't even aware that they were experiencing the early stages of mental illness: One described waking up unnaturally early every day and feeling back pains that had no explanation, only to discover after three years that he had a major depressive disorder. Another reported thinking that suicidal thoughts were “normal.” Even among those who knew the extent of their situation, there was a strong disincentive to seek any kind of treatment. One individual who developed schizophrenia in high school told us that he didn't want to let anyone know about his symptoms because he feared being labeled a “basket case.” Another asked rhetorically how she would have handled therapy on top of all of high school's other demands.

Times have shifted in a way that Donatone and others do not account for. One of the millennials we spoke to pointed out that modern childhood is not conducive to a healthy psyche: Rising rates of Adderall abuse and endemic psychiatric overdiagnosis are serious concerns facing our generation, concerns that Donatone -- a licensed psychotherapist, no less -- conveniently ignores. To make matters worse, the cutthroat culture of No Child Left Behind institutionalized high-stakes testing nationwide. Perhaps the rising number of psychiatric diagnoses are the result of an unhealthy culture that fosters mental illness, rather than evidence of the failings of an entire generation. The steady growth of pharmacology only makes it easier for young Americans to pop amphetamines to keep up with schoolwork. And reports of stress-induced depression starting as early as middle school only serve as a further indictment of our current system. Telling these kids to grow out of it simply won't help, nor is "behaving like an adult" (whatever the hell that means) going to fix an entire generation's very real, very practical problems.

So how will this all play out? Donatone presents two possible scenarios: Either we're a generation of weak-kneed neurotics, forever consigned to the psychiatrist's couch, or we're just a little immature, standing now on the precipice of turning into "real adults" mentally tough enough to get past breakups with ice cream and cheap cordials. According to Donatone, we cannot know, because, "We don't have the data on what millennials will be like when they’re 40." But we have something almost as good -- we have the "freeters" of Japan.

A decade before America's own catastrophic Great Recession, the economies of South Korea, Thailand and Japan experienced collapse (and subsequent long-term recession), commonly known as the "East Asia Crisis." Its causes should sound eerily familiar to any American: Massive market deregulation led to a huge infusion of capital in assets like real estate. New monetary policy led to easy access to credit, only fueling the asset bubble. East Asian economies were soon highly leveraged, and when interest rates spiked, the bubble burst. Prices collapsed, and a recession was born. Investors quickly lost confidence, and local governments rushed to impose a set of strict monetary policies ("austerity") to placate investors, only deepening the recession.This period, known in Japan as the "Lost Decade" (Ushinawareta Jūnen), was hardest on the young people attempting to start careers and "adult" lives. It was so hard on them that eventually they became known as the "freeters." In a phenomenal article for the Atlantic, Ethan Devine paints a stunning picture of modern-day Japan from the perspective of these freeters, and those who've grown up in the intervening years. And according to Levine, one of the most notable consequences of the "Lost Decade" on the freeter generation has been a mental health crisis of epic proportions:

The first freeters are now in their late 30s and early 40s. Almost one-third do not hold regular jobs, and some never have. One-fifth still live with their parents. This perpetual failure to launch has taken a psychological toll. Aging freeters file six of every 10 mental-health insurance claims. Japan’s suicide rate rose by 70 percent from 1991 to 2003, and the proportion of suicide victims in their 30s has grown each of the past 15 years.

If Japan is a reasonable model for our current predicament, Donatone shouldn't be so surprised that she's seeing an uptick in college students reporting mental health problems, though she may regret not waiting a bit longer before declaring unequivocally that "helicopter parents" are primarily to blame. Furthermore, if the recent history of Japan can serve as a guide for the future of our own country, it's especially important that we take the mental health issues of millennials seriously, while also attempting to confront the underlying economic problems that we face. Twenty years ago, young people in Japan were never given the opportunity to build productive, stable lives for themselves and their families. Devine cautions that the consequences of a "Lost Generation" could extend for years to come:

No one knows why Japan’s economy never fully recovered, but some economists are starting to trace the problem to young people...who cannot find good jobs, don’t learn new skills, and neither earn nor spend enough to help get the economy moving. That generational problem, while far more advanced in Japan, is not unlike our own.

And according to Devine, these economic problems started to become self-reinforcing:

What is most alarming is that things keep getting worse for subsequent generations. Today, more than 20 years after Japan’s bubble burst, youth unemployment is higher than ever. Only half of working 15-to-24-year-olds have regular jobs, and another 10 percent are unemployed. The rest are “nonregulars.” Somewhat akin to temp positions in the U.S., Japan’s nonregular jobs pay half as much as regular jobs, offer few benefits, and can be eliminated on a whim—which they often are. The portion of young Japanese working as nonregulars exploded in the mid-1990s and has marched upward ever since.

It's unfortunate that Brooke Donatone wasn't aware of the context that Devine's article provides before she made her anecdotal, unsubstantiated claims about an entire generation. If she had, she might have realized that the practical economic problems we face aren't just window dressing that threaten our fragile self-esteem. Instead, these are very real obstacles to the maintenance of healthy minds. The final words on this deserve to go to one of the millennials we interviewed, who asked us to offer Brooke Donatone this response:

“I was diagnosed with depression at age 19. After failing to manage it effectively, I attempted suicide out of shame. Please don't shame me anymore.”