Was Wagner inspired by migraines? 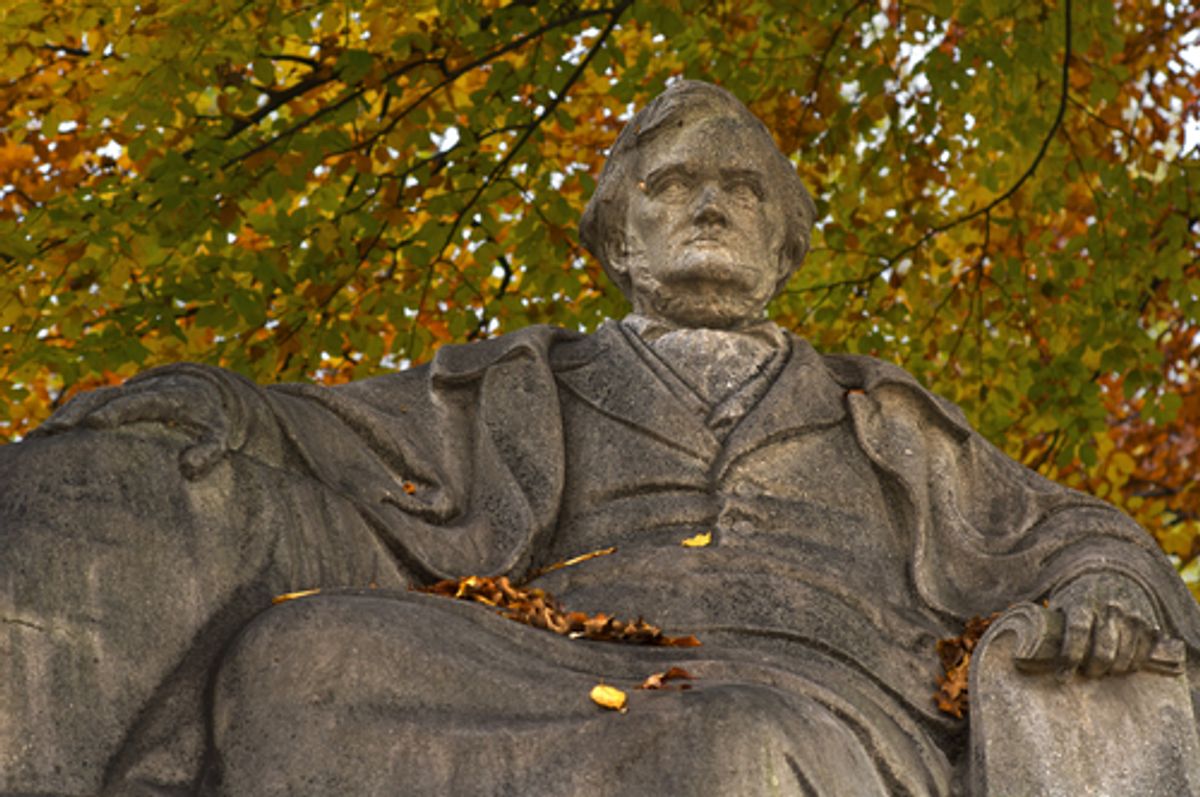 The enigmatic operas of Richard Wagner have been subject to countless interpretations over the decades—political, psychological, and spiritual. Now, a trio of researchers is suggesting there may be a much simpler explanation for much of what he wrote.

His music, they argue, is in part a reflection of his migraines.

“Wagner deeply interwove his migraine attacks and auras into his music and libretti,” a team led by Carl Gobel, a research fellow at the Kiel Headache and Pain Centre in Germany, writes in the BMJ.

The researchers demonstrate this contention by looking specifically at Siegfried, the third opera in his massive Ring Cycle. They even describe what they call a “migraine leitmotif” that recurs in the opera.

“The first scene of Act One of Siegfried provides an extraordinarily concise and strikingly vivid headache episode,” they write. “The music begins with a pulsatile thumping, first in the background, then gradually becoming more intense.”

While the music is rising in intensity, the character of Mime is “pounding with his hammer,” they write. “At the climax, Mime cries out: ‘Compulsive plague! Pain without end!’”

That music returns in Act One, Scene Three, at which point Mime complains “Loathsome light! Is the air aflame?” The researchers call that “a musical depiction of the visual disturbances of a typical migraine aura.”

If that interpretation sounds like a stretch, consider a letter Wagner wrote to Franz Liszt in January 1857. He tells his fellow composer that “for 10 days, after I had finished the sketch for the first act of Siegfried, I was literally not able to write a single bar without being driven away from my work by most tremulous headaches.”

Apparently incorporating the pain into his score provided creative inspiration, but not physical relief.

So, if Wagner’s music gives you a headache, consider this: His pain was most likely much worse than yours.