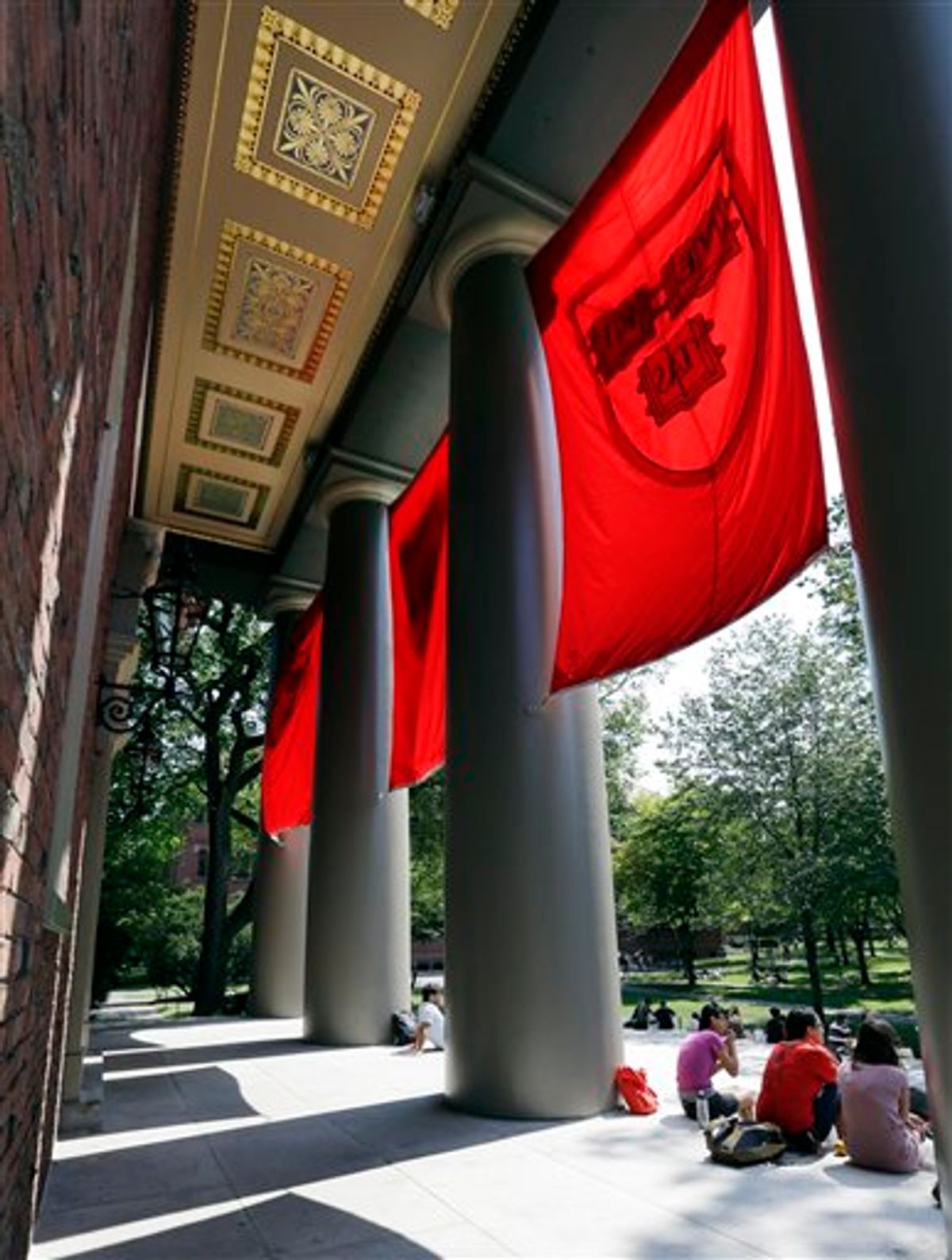 The news caused alarm throughout the Harvard community, but also something else: applause.

Dean of Undergrad. Ed. Jay Harris to Annenberg: Final exams for this morning have been canceled.

Four buildings on Harvard University's campus near Boston were evacuated Monday after the school's police department received an unconfirmed report that explosives may have been placed inside.

Final exams have begun at the Ivy League school in Cambridge, and many of the students who had to leave went to Annenberg Hall, another campus building, according to the school's paper, The Harvard Crimson. Three of the evacuated buildings border Harvard Yard and the other is the school's science center.

Both school and city police were investigating and the university will provide more information soon, it said in alerts on its emergency page and its Twitter account.

"Out of an abundance of caution, the buildings have been evacuated while the report is investigated," the school said in a statement. "Harvard's focus is on the safety of our students, faculty and staff."

Sophomore Santiago Pardo said by phone that he and his roommate were keeping close tabs on the situation from their dorm, Adams House, which is not near Harvard Yard.

Last month, another Ivy League school, Yale University in Connecticut, was locked down for nearly six hours while authorities investigated a phone call saying an armed man was heading to shoot it up, a warning they later said was likely a hoax.

And in February, someone called in a hoax about a gunman on the campus of the Massachusetts Institute of Technology, another elite school about two miles from Harvard. The university said the gunman was a staff member looking for revenge after the suicide of an Internet activist accused of illegally using MIT computers.